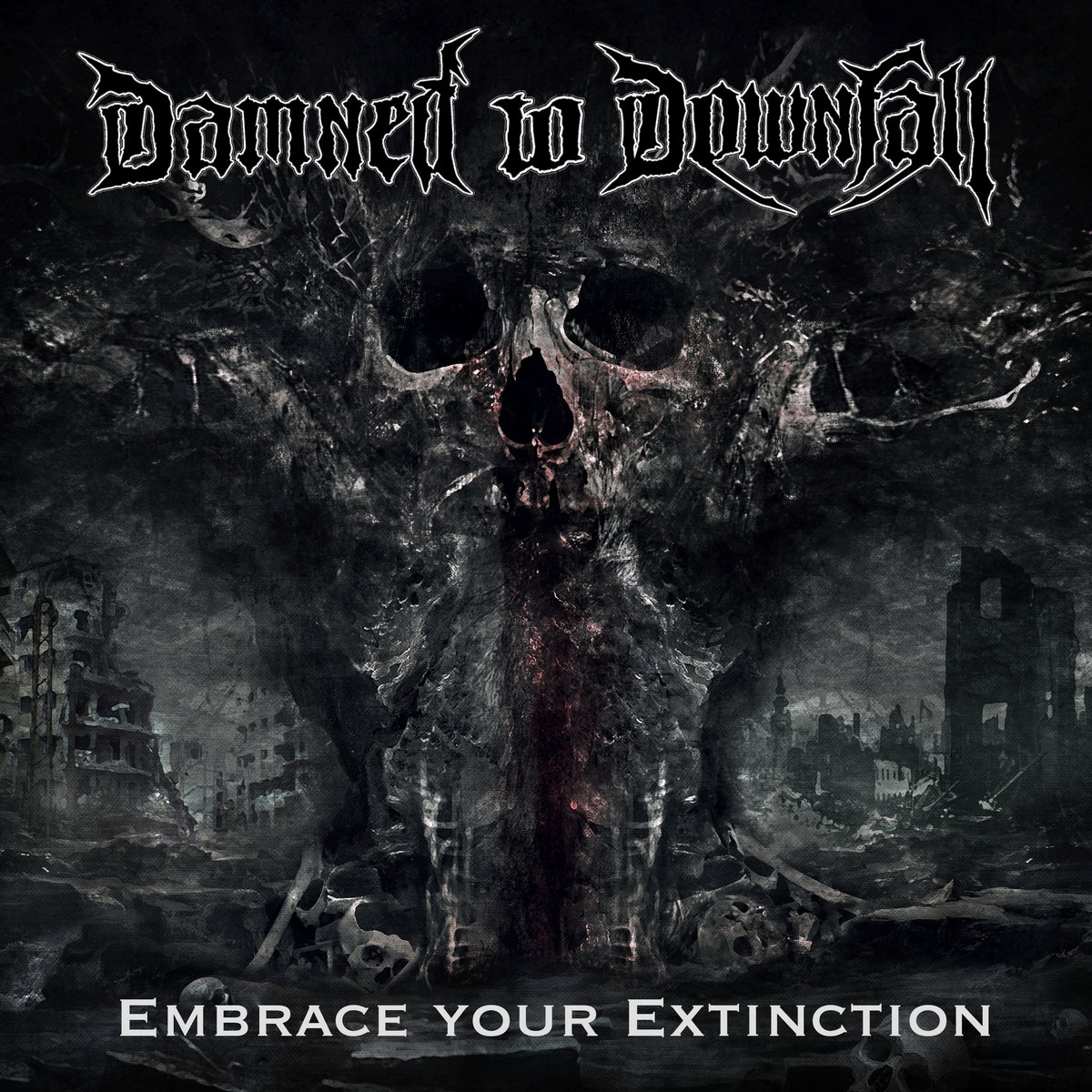 Embrace Your Extinction with Marcus Dahl

Damned to Downfall delivers a soundtrack to the downfall of humanity by combining Death Metal with Industrial and Black Metal to breathe new life into a genre that has become more predictable than extreme. Damned to Downfall is brought to you by the creative force behind World in Ruins and Sickrecy, who started their journey towards redefining death metal in 2019. A foundation of old-school Death Metal with the early works of Morbid Angel, Death and Kreator as the benchmark was revitalised with Industrial sounds from Nine Inch Nails, Skinny Puppy and Ministry, together with the ferocity of 21st century Black Metal which ended up as the 2020 EP ” Born to Breed ” (self-released digitally, on tape via Into It Records ). For the 2021 release ” Embrace Your Extinction ”, they have refined their songwriting, identity and production where the diverse influences are given equal space to stretch the definition of death metal further while evolving even further in terms of brutality, speed and heaviness.

We refer to our music as blackened industrial death metal as those are the genres we combine, which means everything to us. For this record, we wanted to bring everything to the next level regarding music, artwork, and promotion. In music, we also wanted to make the black metal and industrial influences more prominent, which resulted in a clear but natural progression. The creative process was similar to the first EP, where riffs were put together into a basic song structure in old-school death metal fashion, after which we spent quite some time working on arrangements, adding the industrial elements, and bringing it more towards black metal.

Most of the songs have pretty much the same theme, which is how we are driving ourselves towards extinction through, e.g. terrorism, consumption and a more polarised society and how we then try to cope with that by using drugs, medication and religion etc. For the lyrics, it’s mainly observing the world around us, and it all comes to you. For the music, it could be anything from just coming up with a new riff while practising and then you start envisioning a song around that, or you catch some cool part of a song and then try to bring in the vibe of that into a Damned to Downfall context. But the main driving force is to create our form of extreme metal that we want but can’t find by combining the genres we like into something new. I’m a die-hard atheist, and in Damned, we let our harsh and dystopic outlook on the world around us roam freely.

Music gets me in a suitable mode, gives me energy, and is also a way of escaping reality. There’s also an enormous satisfaction when you come up with your music that turns out just as good as you wanted it and, of course, when you get a good reception playing live. I’m also very interested in everything around the music, the technology while composing, mixing and mastering, how the music and band are presented, managing promotion, and networking with other people in the scene. My cousin brought my brother and me into metal, and the first albums that I remember making an impact on were the first two Iron Maiden albums and Exploited Troops of Tomorrow, both music and artwork.