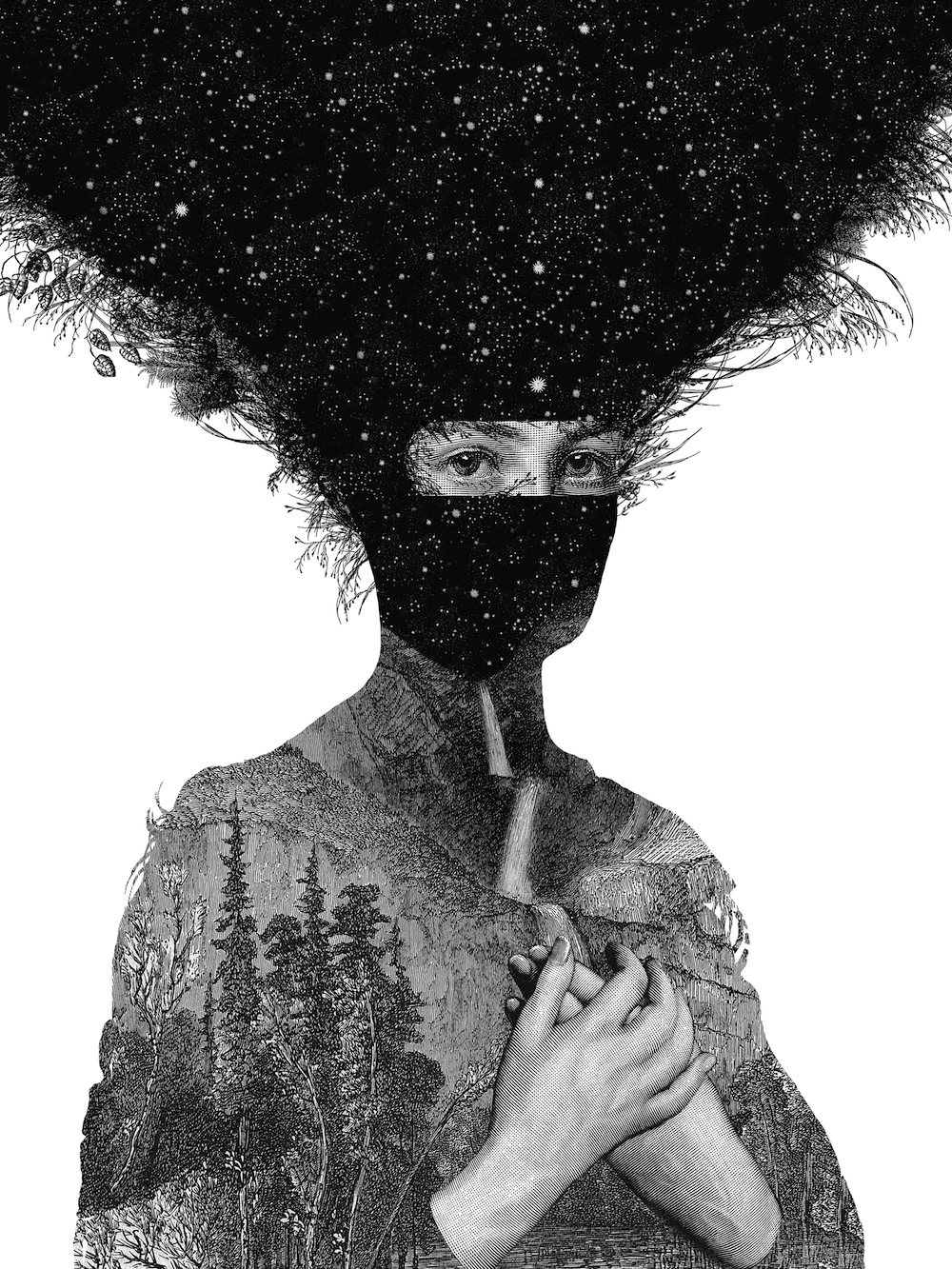 Dan Hillier has most recently had a solo exhibition, ‘Ceremony’, at Saatchi Gallery in London, and has also previously exhibited at Les Musée des Arts Décoritifs at the Louvre in collaboration with Marc Jacobs for Louis Vuitton, with MuTate Britain in London and Glastonbury Festival, and has had a solo show at the Natural History Museum in Turin, among others. In 2015 he was invited by the British Council to represent Great Britain at the Giant Creator Show in Beijing, China. In 2014 he won the Best Art Vinyl award for his work used on the debut album by Royal Blood. He has also collaborated with Shakespeare’s Globe Theatre in London where his artwork has been used for the Summer and Winter seasons 2016 – 2017. Hillier currently lives and works in East London.