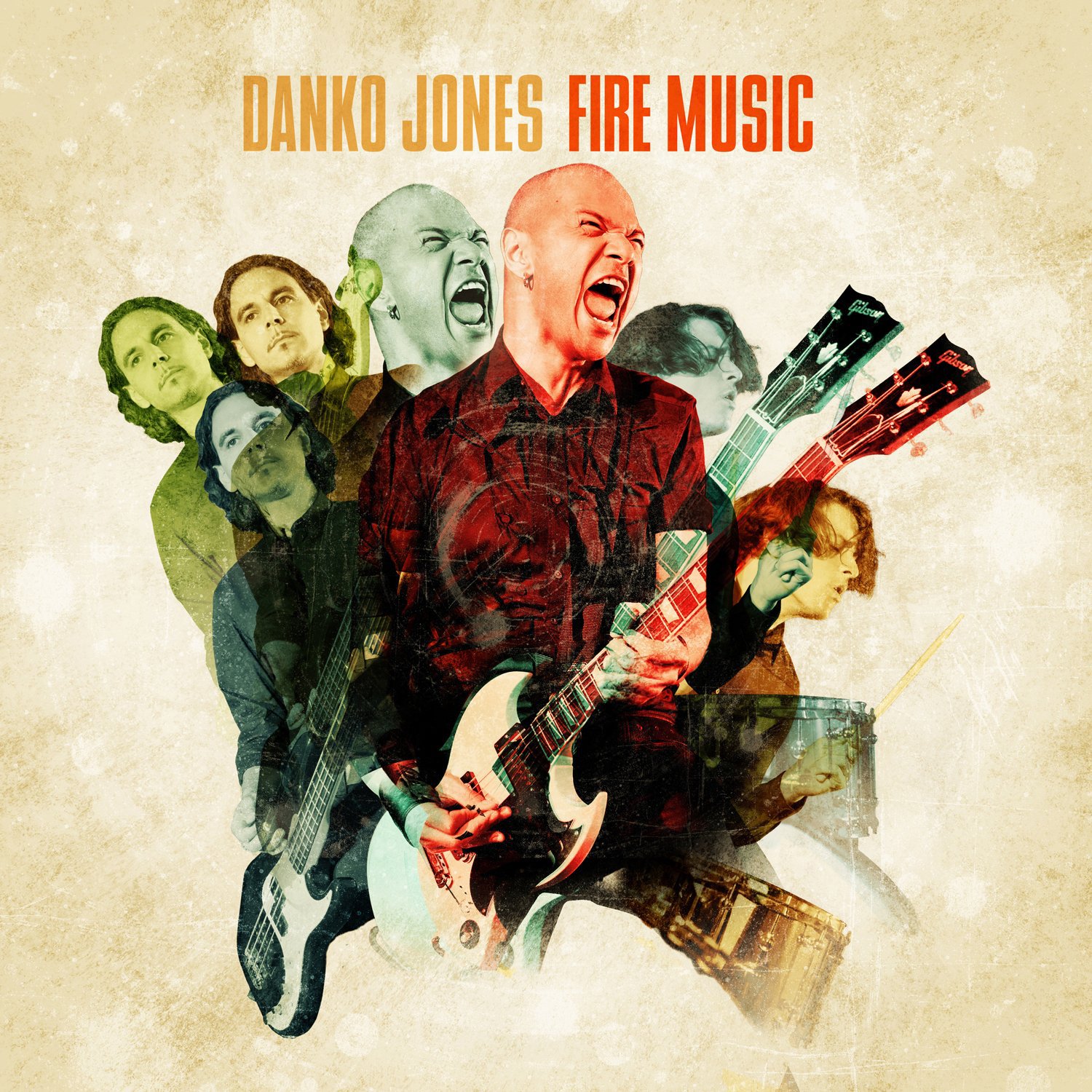 Danko Jones is a Toronto trio of hotter-than-hell rockin’ rollers led by the shaven-headed Danko Jones, a man with so much stage presence and attitude you half expect him to run up to Ozzy during a performance and bite the Prince of Darkness’ head off. The band has an impressive six albums under their belt with the seventh “Fire Music” being just the latest step up a pyramid of success. I had the opportunity to catch up with Danko after his performance in London to talk about his journey and music.

HMA – Andy Straz: How’s the UK/European tour going? Are there any cities you’re particularly excited to play in?

Danko Jones: The tour has been great so far. We’re in Sweden right now and we have Finland and Norway to go. I’m looking forward to Stockholm, Oslo, Helsinki and Gothenburg.

HMA: What’s the first song you’d play for someone who’s never heard your music before?

DJ: I’m not really sure. Even though we have a hard rock sound, I do think we have a varied sound. From ‘Lovercall’ to ‘Do You Wanna Rock’, from ‘Forest From The Trees’ to ‘Legs’, it’s definitely a sound you can’t distil into one song.

HMA: “Fire Music” – how do you rank it personally, compared to the previous albums? What’s the story behind it?

DJ: It’s very clichéd for every band to hail their newest album as their best so I’ll defer to the reviews and we’ve been getting pretty much 95% positive reviews for “Fire Music” and we don’t usually get any good reviews. So, on that basis, I’d say this one is our best one. We wanted this album to showcase more of our Misfits influence a little higher up on our collective sleeve. They’ve always been an influence but this time we kind of “went for it”.

HMA: Walk me through the process of writing a new song. What do you usually start with?

DJ: It usually starts with a riff or two and a melody then I’ll take it to JC and he gives it a skeleton arrangement. Then we jam on it with Rich and start demoing it. For every 10 riffs, I’ll maybe show 2 or 3 of them to the guys. There are many riffs that don’t see the light of day.

HMA: During your shows, you often talk about personal things, such as women and friends who have betrayed you. How much have those experiences shaped who you are as a musician?

DJ: I guess they’ve helped make the songs that formed our albums that in turn took us around the world and garnered me experiences I would’ve never had if I had just kept those feelings to myself. But I really have no idea. I do know that I would’ve been a very different person if I hadn’t been in this band, probably angrier and harder to be around. The ache for me to be in a band and tour the world has been satiated and I’m easier to get along with now.

HMA: What’s a great passion/hobby of yours?

DJ: I like record collecting and working on my podcast. I’m boring.

HMA: What’s the biggest mistake you’ve learned from and how did it change you?

DJ: Don’t play shows and tour with only one guitar. If it breaks you don’t have a back-up guitar. I now tour with two guitars.

HMA: What do you feel an artist’s biggest obligation is?

DJ: That’s a question for someone who considers themselves an “artist”!

HMA: I think you’re someone who has a lot of wisdom to share. I want to ask you: how do you cope with a broken heart?

DJ: I really don’t know. My situation was specific to me but I knew not to look back. I’ve been lucky enough that I have an outlet to get frustrations out of my system and a means of escape through touring. It made me get over things, especially when tours went well.

HMA: What’s the most important thing to have when the going gets tough?

DJ: Tenacity helps. Most people give up too easily. Also, when people laugh at you, because of they eventually all will, have enough vision to know that they’re positively wrong.

HMA: Thanks for your time, Danko.