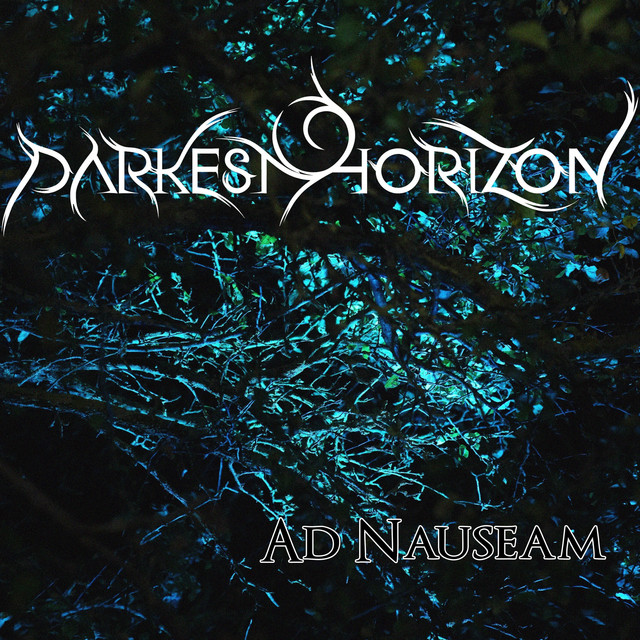 I have started playing the guitar at the age of 14 and bass at 16. I have bass in many different setups. While I taught myself harsh vocals over the years, I started with professional classical singing in 2017. With this, I was able to, on the one hand, learn how to sing properly and, on the other hand, really further by harsh vocals. And everyone new to this should consider taking vocal lessons because it expands your abilities and allows you to deliver bulldozer-growls without hurting yourself.

We have now established our new style of recording. Chris (keyboards) writes and builds the core foundation of each song. Then each of us locks himself up in their room and tries to develop his instrument adequately. Finally, everything is brought together. Sometimes minor details have to be adjusted, but we are now very in-tune with each other to anticipate reliably what the other persons are going to play in a given section. Then everything is mastered, and we have a finished song.

Our artwork is always part of our picture storyline that we are telling with each new release on our Instagram. So all of our current artworks are real photographs taken during the shooting, and the colour palette is chosen accordingly. The monochrome palette contrasts the previous storyline, where the yellowish/brownish colours were over-saturated, implying a sort of openness and hopefulness. In this new chapter, we are going for a more horror/claustrophobic atmosphere, and the colours also represent this. The artist who took the picture is Ryta (@rytaschka), and the model is Laura (@hc_x_owl). If you want to know more about the story, you will have to follow us on Instagram as the chapter unfolds over the following weeks.

Of course, everybody does have obsessions. But for me, I would say I am notoriously a perfectionist, but at the same time quite lazy. You can imagine that both demons often battle each other. Don’t ask me how I managed to get this far.

Metal is music for the world, period! Yes, metal had its way with religion in the past, and even now in the middle east. You should watch Syrian Metal is War, an independent movie by Syrian refugees who are also metal musicians, a very interesting take on the current climate! But intrinsically, metal is a way of rebelling against prevailing dogma. What this dogma is contemporary and not specifically religious. So yes, metal is music for a secular world. But also for a non-secular world, as well as everything in between.

Not only am I a musician but also a physicist, so both of my passions rely heavily on the ability to express oneself freely. For example, in the 1930s, the whole world was convinced that the milky way is everything there is in our universe until Edwin Hubble pointed his telescope onto the darkness next to the moon. What he found was a shit tonne of previously unknown galaxies. If he wouldn’t have been able to share and discuss his findings, we maybe never have known that our universe is much more vast than we ever thought. This is just one example, but every advancement in human history (scientific, political, philosophical, etc.) was made possible through the free exchange of thoughts contrary to the contemporary schools of thought. That is why I find the current developments very scary, and these can even devolve into witch-inquisition-ish conditions if we aren’t careful. By censoring scientific, political or any discourse, we cut out the vital element that has allowed us as a society and species to grow and overcome the biggest of challenges.

Furthermore, there is a real danger in censoring political discourses. Because of the intrinsic internet processes, the censored fringe ideas are forced to meet in small chatrooms, where only the same ideas are present (echo-chamber effect). And because nobody is there to challenge those ideas, these ideas get amplified to dangerous levels. So by trying to suppress dangerous ideas, the social media companies just add fuel to the fire. In short: Let the people talk and discuss all topics freely and without sanctions.

As a teenager, metal was a way of expressing oneself in a world where you don’t fit into the mainstream—a way of freethinking and deconstructing social norms. While many norms and (ancient) imperatives make sense for me now, I was able to get to the core of them and learn the deep connection that holds our lives together. Now I think it sounds cool and allows many different forms of self-expression that other genres just don’t offer me. At least not enough that I want to play these regularly.