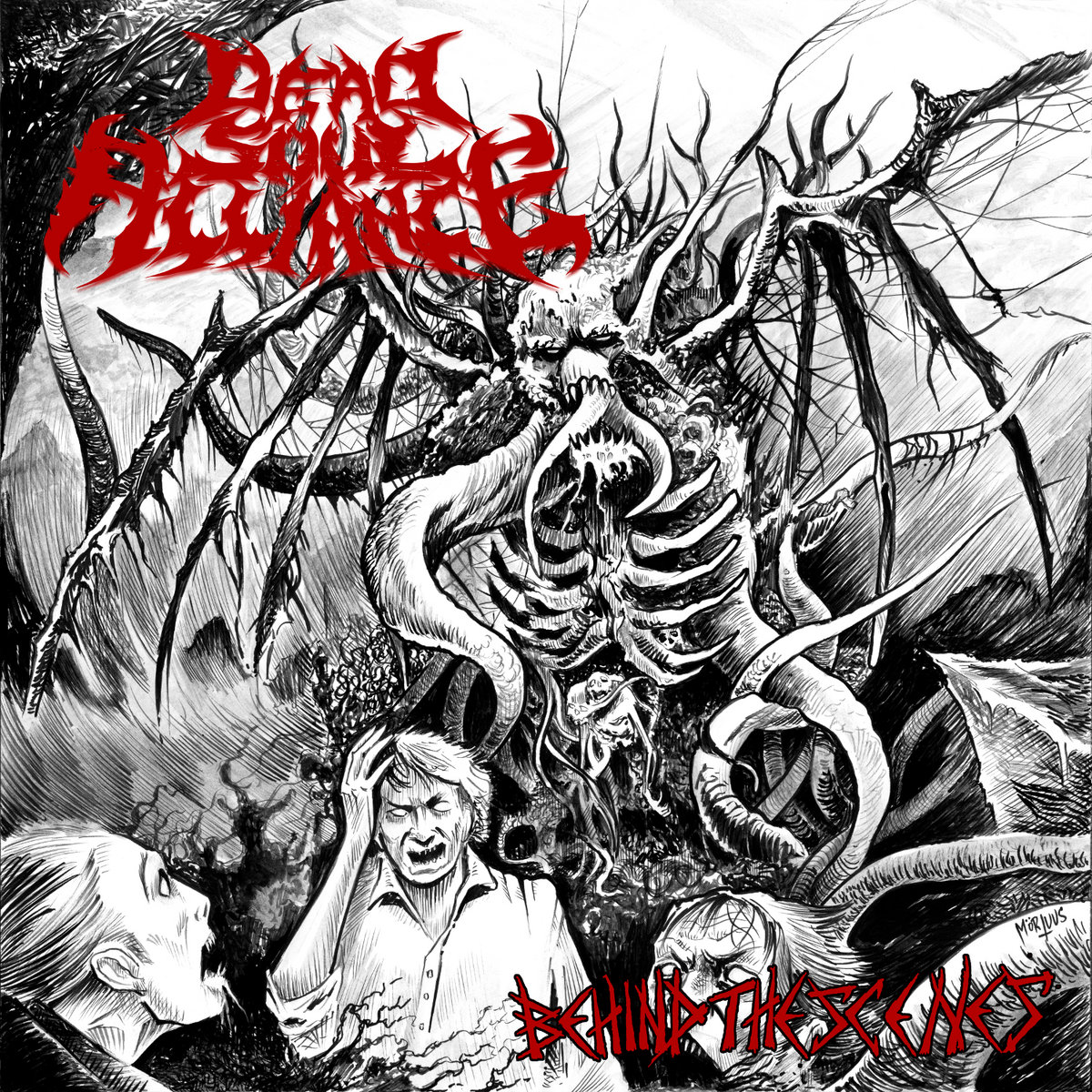 Behind the Scenes with Wolven Deadsoul

Dead Soul Alliance began in the summer of 2010 with founding member Wolven Deadsoul. With a demo, two EPs and a full-length release to date, this can be described as death metal of the old-school variety that explores the horrors of the human mind and the questionable obscurities of life and existence itself. Death metal it’s an outlet, an interest, a reflection of mind with the times and perspectives combined with a driving force from within.

‘Behind the Scenes’ It’s officially the first full-length recording for DSA and contains nine tracks as past releases were EPs. I think overall, it carries more substance than before which combines the writing, the artwork and the production as well. Creative-wise, it’s what comes to mind and how I feel; the rest usually flows from there. All the writing usually begins with guitar riffs that I feel are great, and then all get elaborated upon, as well as working with E.H. on the drums to get things solidified.

The lyrics can be described as perhaps thought-provoking, social, political reflections of the modern world or “other worlds within” and the ignorance of humanity told in obscure ways. The theme can vary, but common topics relate to all things cryptic, deniable and hypocritical while attempting to expose the realms of the subconscious.

It’s truly not to do with anything relating to organised religion, science, or old cliches that just don’t mean anything to me nor pertain to myself or the band in any way at all. It’s more about thinking “outside the box” and awareness and freedom of mind to think and decide for oneself and that there is so much beyond our basic senses within this controlled and contained reality we are in.

When I was really young, I originally heard bands like Judas Priest, Iron Maiden, Twisted Sister, ACDC and Van Halen, and then in my mid-teens, I got into punk. This would form the roots of extremities both idealistically and musically to come a bit later on. Later, hearing out bands like Doom, Discharge, The Exploited, Cryptic Slaughter, D.R.I., Extreme Noise Terror and early Napalm Death, these bands would carve a path that led me into a lot of bands from the early Earache Records days at the time. Some classics for me will always be Bolt Thrower – Realms of Chaos, Carnage – Dark Recollections, Carcass – Symphonies of Sickness, Entombed – Left Hand Path and Terrorizer – World Downfall. From there on, I was hooked and still am. Death metal and its various forms are one of my favourite genres of music to this day. I am always curious about new releases and new bands I have not heard from yet. Long live death metal!!!

Music is one of the loves in life that represents art, creativity and a focus for me as well as a way out of the regular “routine” or simply being away from all the ongoing monotony or general gossip and propaganda this world seems to thrive upon. It’s definitely a way of life, perhaps spiritual to some, and it does provide entertainment to both the listener and the audience. Every day in one way or another, it is there or around me. I believe in supporting the bands, the labels, the artists/Illustrators, the studios you record or work with and, the venues that host the shows & the promoters and reviewers. Also, a big thanks and cheers to all fans who give support and buy or mention in any way. It’s certainly all a part of this, and it all matters to get the word out and keep the wheel of Death Metal turning!