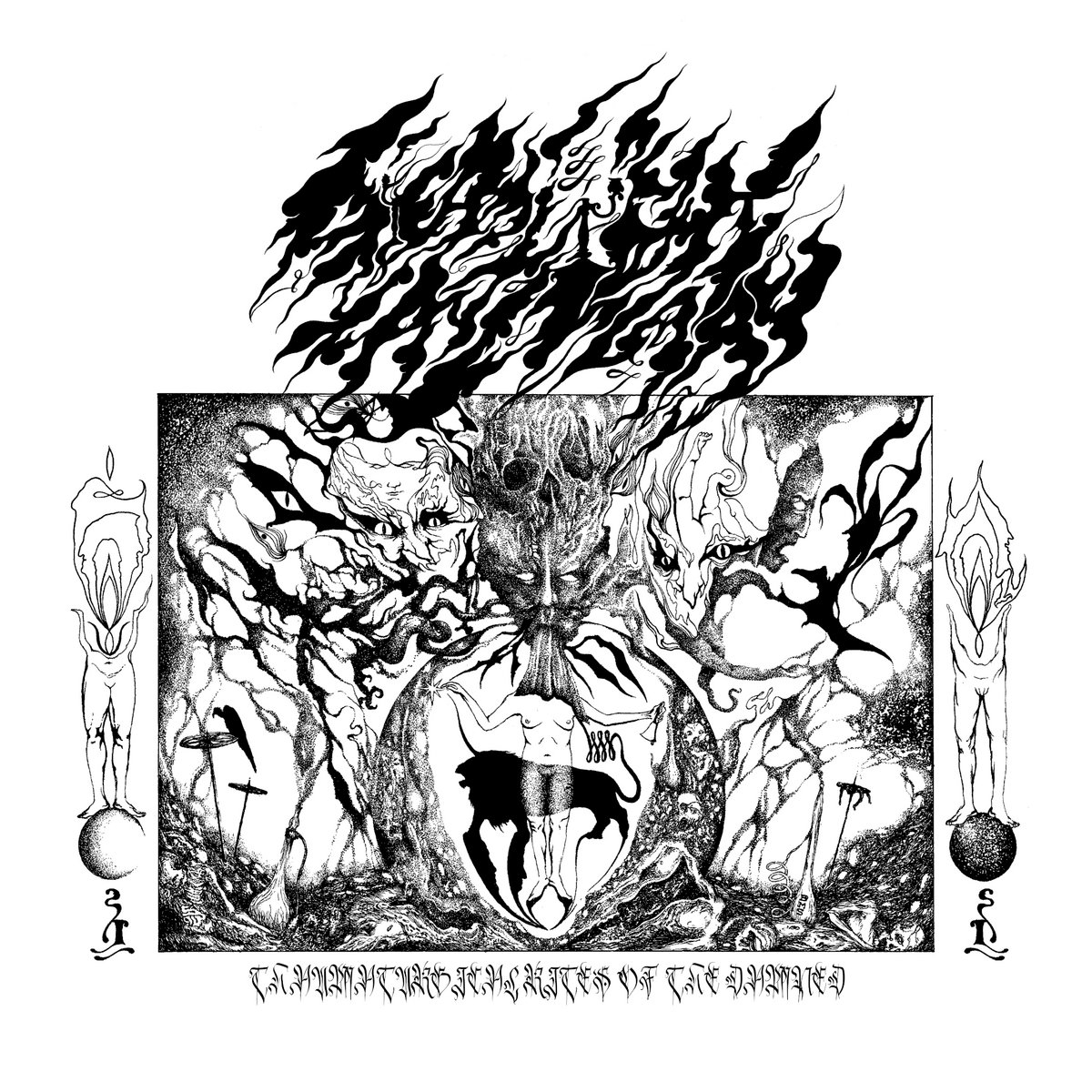 Thaumaturgical Rites Of The Damned by G.

Deadlight Sanctuary is not a band but a solo project, so I didn’t have such a problem. I had a plan to realise, and I did it the best I could. With ‘Thaumaturgical Rites Of The Damned’, I looked for a title that will fit the music and lyrics. I generally don’t like to explain those kinds of things. I am letting people interpret my lyrics by themselves.

Institutionalised religion and politics are the two biggest diseases of this world. They were made for weak fools and for those who believe in humanity. I am none of them.

The artwork has made by BMS illustration. Hate from Sentient Ruin has sent me a few different cover art propositions, and we have chosen the one that fitted most.

Just like Punk in the 70s, Metal music is in general iconoclastic. It is music (or at least was in the beginning) of rebels and outcasts. It was meant to be shocking – fast and aggressive by its nature, against standards and surely not for everybody. This is the music that forces the listener to think. The message is often hidden in metaphors, demanding from the listener a bit more than just “to feel the rhythm”, if you know what I mean.

Unfortunately, the whole metal (black metal especially) scene is infected with all kind of hipsters and poseurs who would like to make it more common, normal and politically correct, like pop. I am against that.