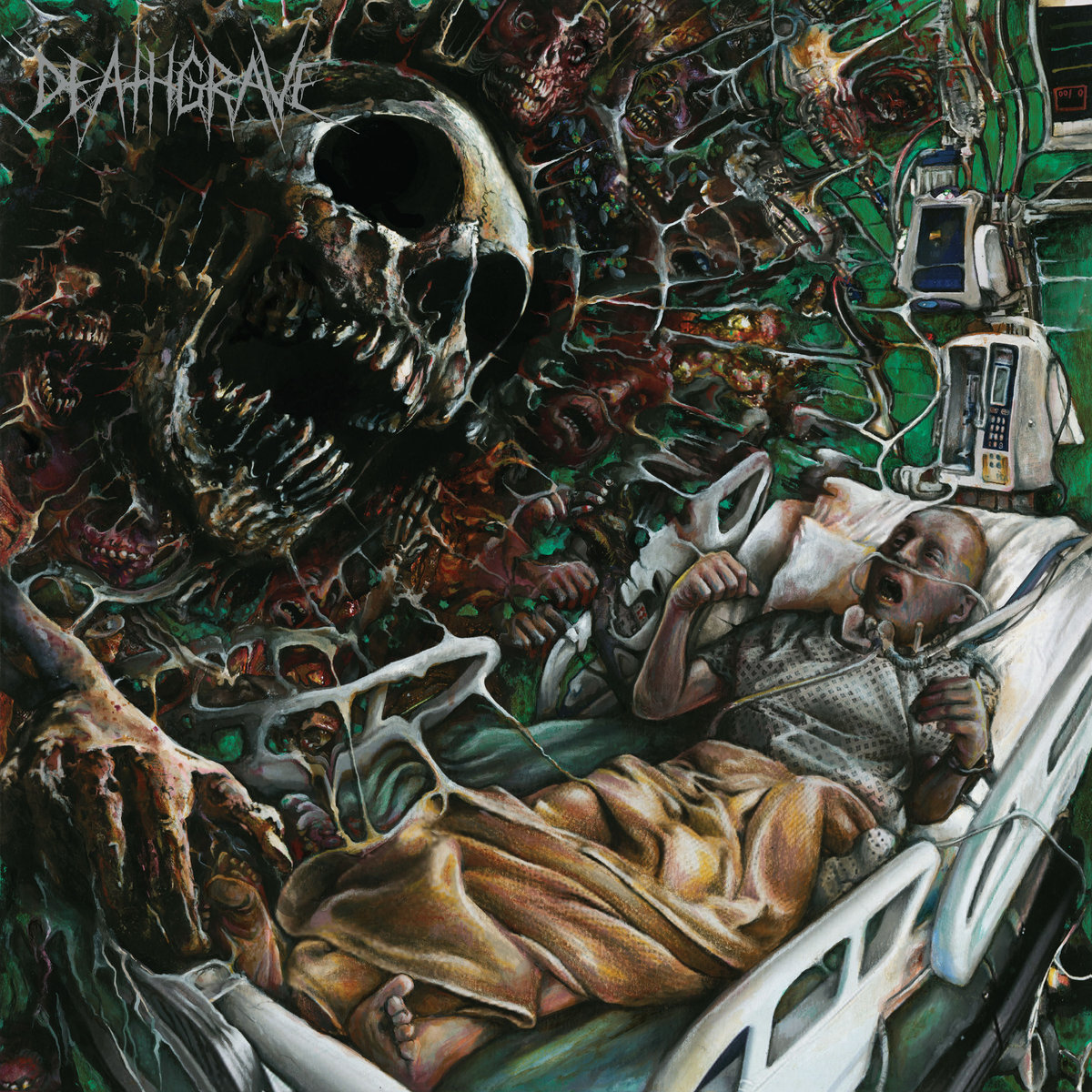 So Real, It’s Now By Greg Wilkinson and Andre Cornejo

In 2012 Fern (Amber Asylum, ex-Ringwurm) and I (Greg, Brainoil, ex-Laudanum, ex-Graves at Sea) wanted to start working on a grind/HC/metal band.  Although it was an open forum, the initial premise was to grind with siege style blast beats while incorporating Rudimentary Peni style punk riffs and all-out weirdness. History repeats itself when bands take a crack at a concept while refusing to steal riffs from said bands. It came out sounding nothing like this! Andre (ex-Cyanic), who previously sang in a band with Fern (Bird), was an obvious choice for a vocalist as they gelled very well in past.  Also, having been a vocalist in most of my projects for years, I wanted to try and focus on an instrument unfamiliar… the guitar. After jamming with a drummer, it not feeling right, we continued to search. Eventually, we got a lead later that year. Matt came into the fold. Fairly new to the bay area, he was searching for a serious full-time project. His ability to flip time signatures while sounding fluid and 4/4 was a perfect match for a lot of riffs we spit out. By summer of 2013, we starting playing out to iron out some tracks so we could record a demo. Knowing it was a stepping stone, we documented it and continued developing our sound.

Greg Wilkinson: On ‘So Real, It’s Now’ each song is honestly its own animal.  That being said, every song had a different writing process. Different rooms, written on different guitars, different amps even. The one constant is everyone has to input on the songs. Almost never does a song leave sounding the same as when it entered once everyone puts their hands on it.  Some songs were written years ago which we saved for the album to keep a thumbprint of the past as our music has evolved quite a bit over the years. ‘So Real, It’s Now’ is one of those. I would personally argue that was the first Deathgrave sounding song we ever wrote when listening to our most current releases. I believe that was written roughly four years ago right after we tracked for the Augurs and Deadpressure split 7”s.

HMA: Tell me about the title, and some of the important lyrical themes for you?

Andre Cornejo: The title “so real…its now” was originally born of humour but it refers to the final moments before meeting death. The lyrics for the title track depict terror of mortality using illness and a fun hospital scene. The lyrics for this record are based on gruesome, eccentric and deranged behaviour. It can be jarring at times but there are some chunks of tongue in cheek or tongue and cheek depending on the song.

HMA: What inspires you as a band?

GW: Believe it or not, I live, eat, drink, breathe music considering on average: I record bands almost every day of the week if not every day, practice 2-4 times a week, and record a solo project.  Aside from that, I find inspiration in: time with my wife (Fern), camping and hiking, films, reading. These are all great triggering points to generate new fresh ideas and concepts to breathe back into music.

AC: Books and personal experiences are good. For “So real…its now” the lyrics tackle some familiar heavy music territories with cannibalism and gore but then will follow into a song about losing a pet or addiction, those songs being more inspired by literature and by living in a crazy weird world.

HMA: Can you explain the cover art concept for this album?

GW: I will let Andre extrapolate on the concept as it ties into our lyrics.  In general, we usually have a particular vision of art. Max Rain does most of our art and never stops blowing our minds.  In the past, he drew our splits with Violation Wound, Endorphins Lost, & Deadpressure as well as our 2017 Mexico Tour Tape. We had Daniel Shaw draw a piece for us pertaining to the lyrics for ‘So Real, It’s Now’.  It was amazing! Some 500 shirts, hundreds of back patches, and a few years later, we decided to try a full colour piece of the same concept. Max who equally respected Daniels adaptation of the concept reworked the piece into something equally crazy and nightmarish.

AC: The art was done by Max Rain. What we wanted to visually convey was the severe terror of the last moment of life as death comes and what he executed is masterful. It’s genuinely scary and we couldn’t be happier about it. It looks like death is a realm that invisibly pours into ours and snatches you up. Our love for Max’s art is absolute.

HMA: Do you feel freer as musicians in how you play, how you write?

GW: Well, the tracks on our previous release (Violation Wound split 7” on Six Weeks) was written and intended to be on the album. We ended up breaking off those tracks and recorded for that release to offer new material. So in that department, nothing. But before that a lot.  On the demo, Augurs and Deadpressure split we were still poking around to find a sound which teetered between grind, death metal, power, violence, hardcore, punk and sludge. The only problem is the songs were very different and felt like they were compartmentalized. The Endorphins Lost split was when we first started to discover how to glue our sound together but not quite to where we have landed.  Since then, we have kept the grind formula while keeping a punk vibe, but ditched the more satirical power violence elements and gelled in a slimmer vibe to tie the grind, sludge, punk and noisy fuckery in our songs. It’s liberating as never in our early career would I have thought “hey, I’m gonna throw this Ennio Morricone clean guitar strums under this sludge riff” or Andre saying “I want to layer screams while panning them all over the place so people feel nauseous” or “please sing over my guitar leads so it’s confusing to the listener what part of the cacophony they should pay attention to”. There is a good amount of “out of the box thinking” on the lp without slicking up the recording to a level of an underwhelming live set.

AC: We have always stayed active in between each release so we’re always working at keeping up with practices and live shows. Our previous releases were demos and split so our first full length “So real.. it’s now” is the culmination of our efforts thus far. The full-length is the truest representation of the Deathgrave sound of all our releases.

HMA: Is there something to believe?

Fern Alberts: Belief is such a complex topic. I’m not even sure I believe in a ‘self’ other than for practical day to day linguistic exchange. What I’ve found to be meaningful to believe in, regarding creative endeavours, is the power of focused effort (with three other people in this specific case) while still being open the magic of chaotic energy (because honestly, existence is fucking weird).  Finding fun and creating meaning amidst the absurdity of life kind of makes life okay.