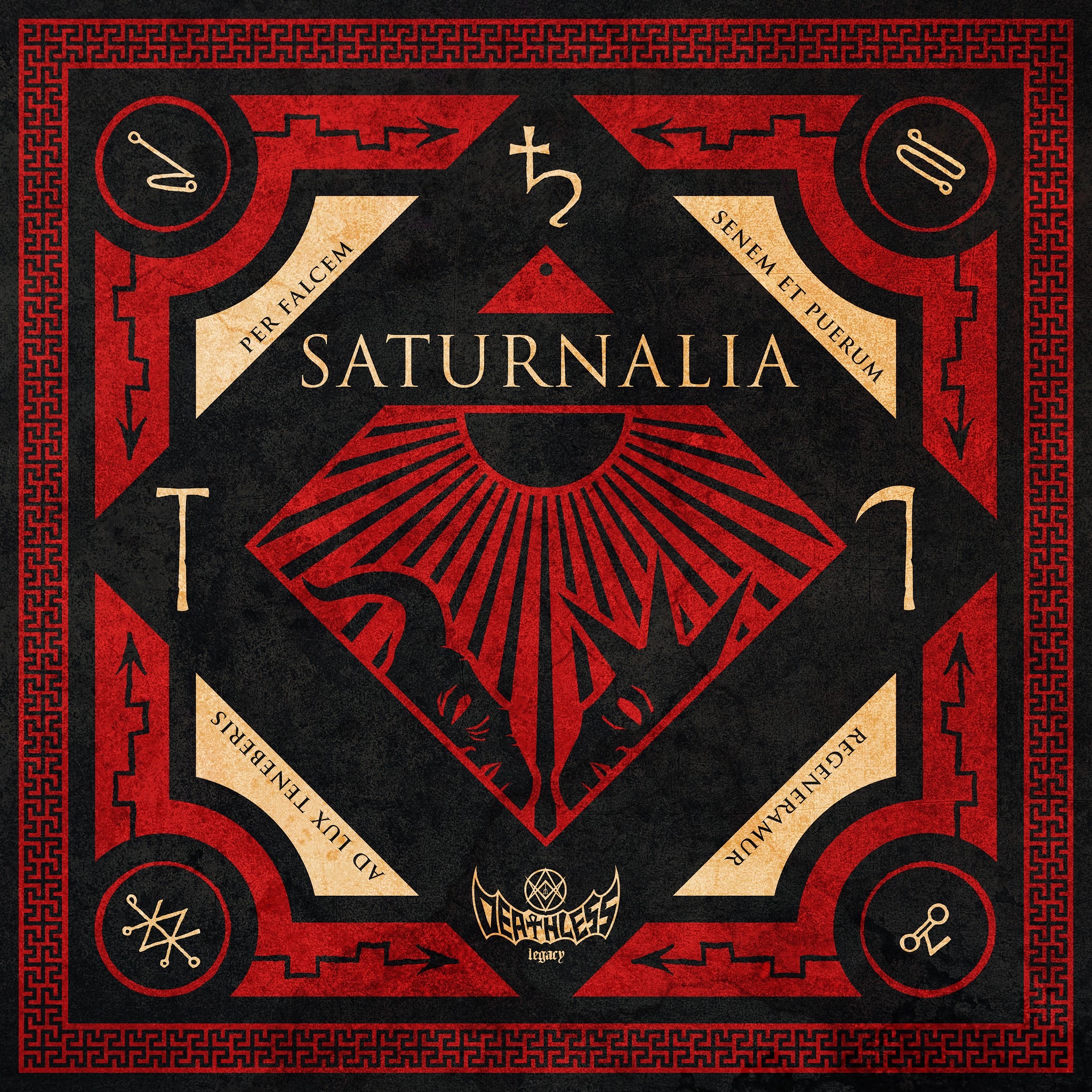 Deathless Legacy have found their rhythm with a highly intensive musical production focused on extremely occult themes. The band has released five albums: Rise From the Grave (2014), The Gathering (2016), Dance with Devils (2017), Rituals of Black Magic (2018), and the last Saturnalia (2020).

Initially, our name was just Deathless. Steve Sylvester from Death SS gave us this name, and it was the most special thing for us. But Deathless was a Square Enix copyrighted product, and we decided to launch a survey on our Facebook Page to let our undead-army decide how to baptise ourselves. And, luckily, they picked our favourite one.

‘Saturnalia’ was an ancient Roman festival in honour of the god Saturn during the winter solstice. During the celebrations, there was an overturning in the social order: slaves were free for a day, and a Princeps Saturnalia was chosen among the slaves to rule Rome for a day.

‘Saturnalia’ ranges from heavy metal to gothic metal, from symphonic metal to death and progressive metal. It is a symphonic horror metal suite, where the atmospheric keyboards and orchestrations give it an intense and powerful feel. King Diamond was a huge inspiration for us, especially to tell such an intricate story. We’ve always found his way to tell his story fascinating and incredibly beautiful.

We never really thought about the style we wanted to give our music, we just let it come out most naturally, as it wanted to be. It’s like if ‘Saturnalia’ was lying into ourselves, ready to be recorded.

Our lyrics are mostly focused on horror and occult stuff. In ‘Saturnalia’, we added a bit of historical re-enactment, focusing on the ancient Rome society and culture, which is interesting for all of us and the root of our Italian culture.

Metal music and dark arts seem to be pretty close these days. Lots of bands decided to adopt symbols and occult themes, and the numbers are still increasing. But the dark arts should be something that is occult and hard to see. How can something be occult if you can see it on every shirt sold in gothic shops, in every Netflix series? It’s a contradiction. The occult and the so-called dark arts can’t be trendy themes; it goes against the term itself.