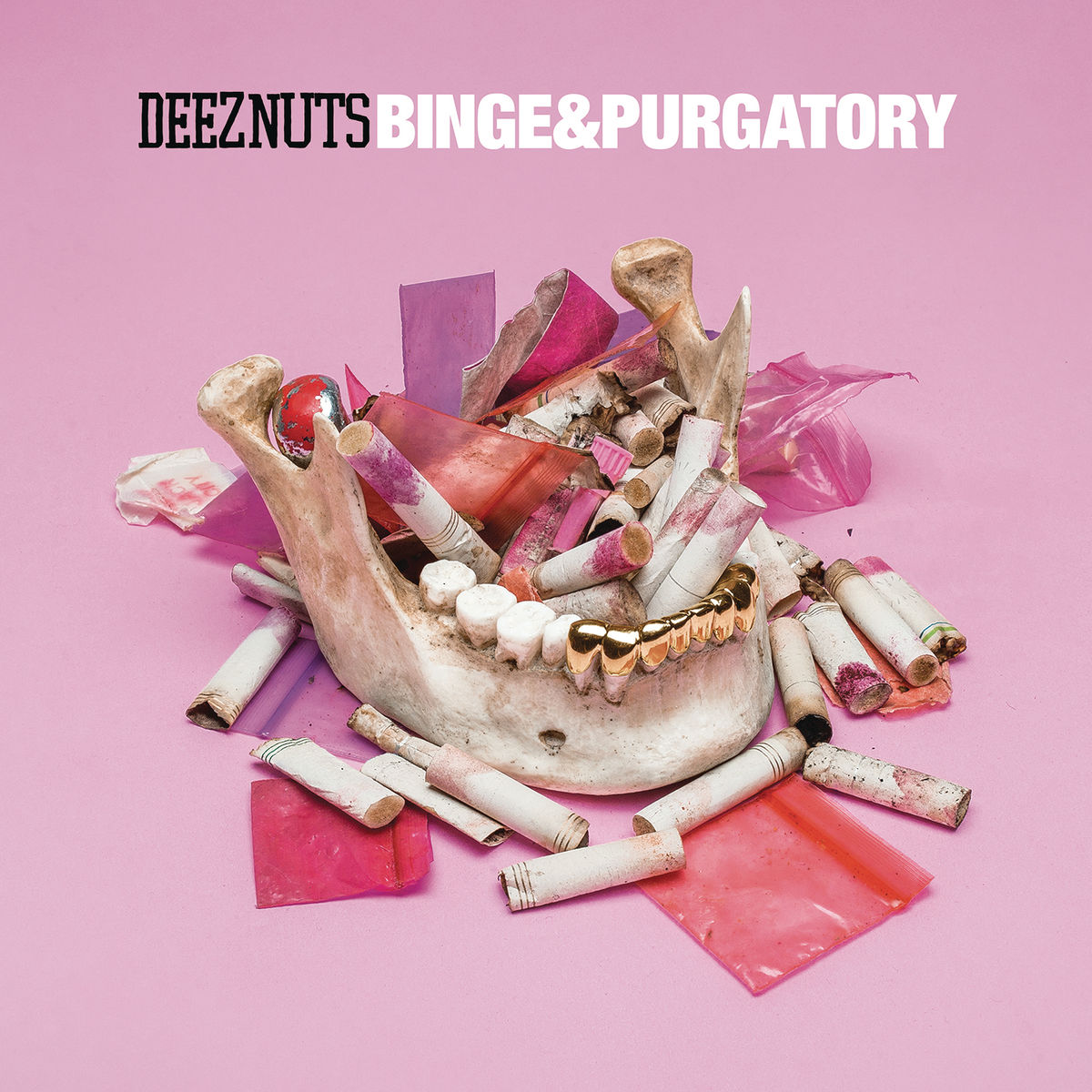 While Deez Nuts are getting ready for their European ‘You Are Part Of This Tour 2017’ you can check out the cover and additional details for their upcoming album ‘Binge & Purgatory’ which is set for release on April 7, 2017. ‘Binge & Purgatory’ was produced by Deez Nuts and Andrew Neufeld (Comeback Kid), engineered by Shane Frisby (The Ghost Inside, Bury Your Dead) and mixed and mastered by Pete Rutcho (Parkway Drive, The Ghost Inside). The unique artwork was created by a group of creative individuals with Pat Fox taking care of the design and layout, James Hartley supplying the photos and Tyrrell Winston actualising the compositions.

HMA: How did your latest release develop in terms of production, songwriting, and creative direction?

JJ Peters: Well going into it we knew it just had to be overall better. I think everyone was on the same page with making a more serious, heavier record. were getting older and were not those same dudes anymore. The songwriting actually came easier doing this, for me at least, and the creative direction was the same way it always is. Very driven with a goal in mind.

HMA: What would you say is the central focus for the artistic direction of the band?

JJP: Well that’s all JJ’s vision, and the band can sit comfortably with him in charge of that. he has great ideas and really knows how to achieve what he’s thinking.

HMA: How is the new material sounding and what are to expect from your next release?

JJP: It’s sounding heavier, and it’s fast. and our next record will be that X2.

well in the terms of buying physical music, which is scarce, but none the less, you want something that’s going to grab you.  it could draw in a fan who maybe doesn’t even know the band at all. when I was a kid I used to sometimes buy records because of the cool artwork. in this digital age, a lot of bands don’t give a fuck anymore about the artwork, but I think it’s sick that our still grabs you.

JJP: Listening to Korn, seeing Glassjaw live (first concert ever), touring with terror for the 1st time at 18