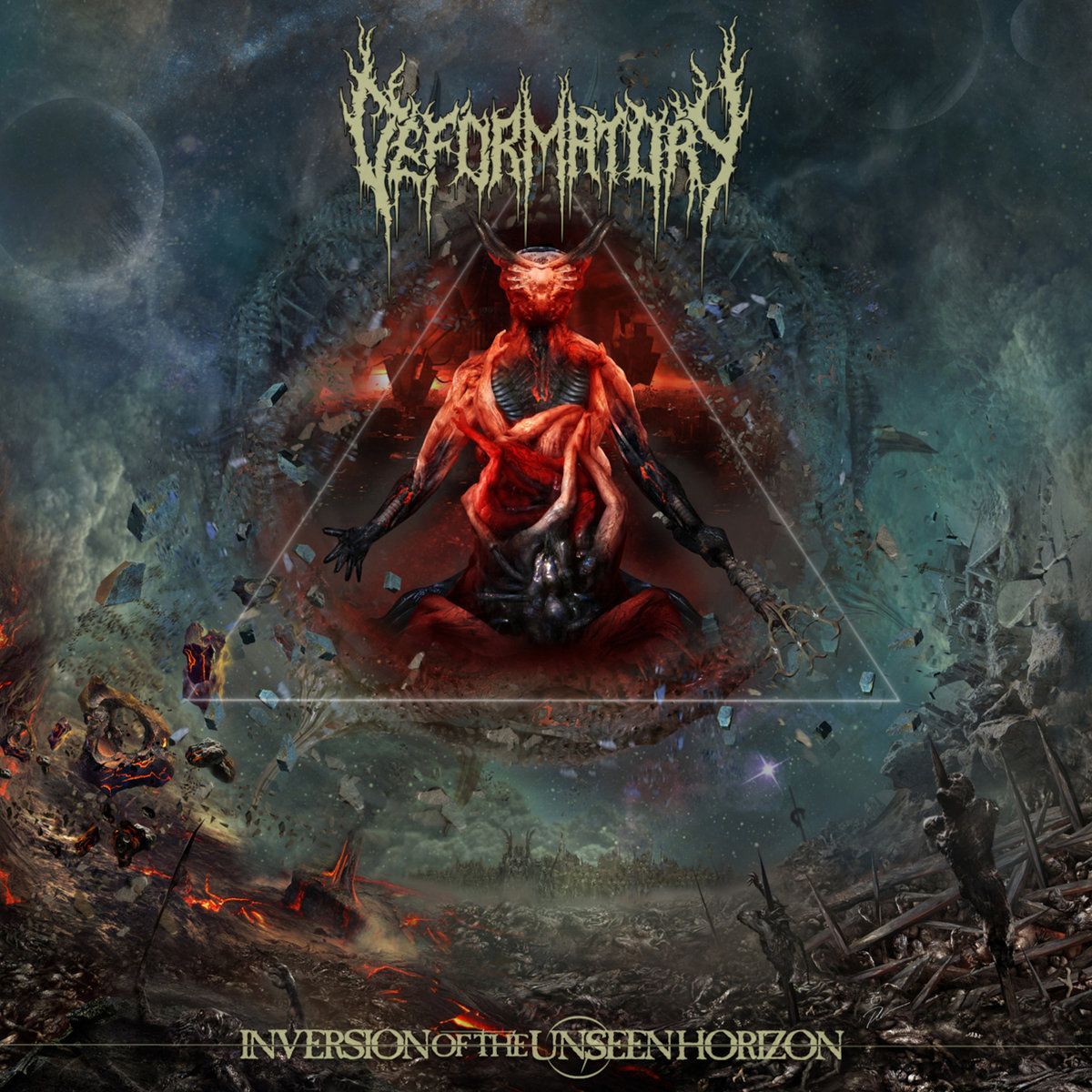 Inversion of the Unseen Horizon with Charlie Leduc

Deformatory is a death metal band from Ottawa, Ontario, Canada. Forming in 2010, they set out to create an extreme sound, fusing together classic influences (Cryptopsy, Morbid Angel, Suffocation, etc.) and their love for modern tech death. The result is a uniquely relentless blend of death metal that can only hail from the Northern hemisphere. Deformatory independently released their full-length debut, “In The Wake of Pestilence”, in December of 2013. This pummeling 9-track debut has been exceptionally well-received by fans worldwide. It has been cited as being an “outstanding and monstrous debut album. Essential.” (Frank Rini – AllAboutTheRock, ex: Internal Bleeding), and “flawless in every way” (TheBloodShed).

Having shared the stage with bands like Cryptopsy, Napalm Death, Obscura, Beyond Creation, Gorod, Archspire, and Fuck The Facts, Deformatory is more than comfortable delivering their crushing brand of extreme metal to live, screaming, and sweaty audiences. The band’s sophomore release, “Malediction”, was released worldwide via CDN Records in 2016, with additional singles “Once Upon the Cross” (Deicide cover) and “Myiasis” both in 2018. Deformatory’s 3rd full-length album, Inversion of the Unseen Horizon, was independently released on September 3, 2021, and “consolidates Deformatory’s position as one of the finest acts in the Canadian metal scene.” (Heavy Music Headquarters).

Creating Inversion of the Unseen Horizon began in 2016 while we were finalising the release of our previous album, Malediction. We met up as a band to discuss our goals for the coming year, and we had decided to dive into a new album immediately. We mapped out a general concept, which was a deeper dive into the previous album’s storyline, and we decided on the method for writing the album. We write music in the rehearsal space. It’s spontaneous and organic creativity at work. Sometimes, we write full songs in one sitting, with very little refinement. It’s what we believe music is all about; a cathartic release of creativity.

This album’s concept is a continuation of the story from our 2016 release Malediction, where we dove into the origin of the Prince of Darkness, Lucifer. He was an Angel possessed by Savael. This truly maleficent entity consumed Lucifer’s corpse and became the embodiment of who we call Satan. Savael was not an anomaly, nor was he a single omnipotent being, working of his own volition. He was a mere droid in a complex hierarchy of vile entities, known as The Ce’naxors. They are crafted and programmed to infiltrate distant planets and societies, to infect their purity with darkness, and ensure their carefully orchestrated annihilation is carried out. Savael was dispatched from their planet, which lies in the Fifth Dimension, called Cyru’xil, to fulfil their cosmic design for Earth.

Chapter I – INCEPTION: THE CYRU’XILEAN NEXUS

Inversion of the Unseen Horizon explores the origins of The Ce’naxors and the ominous landscape of their home planet, Cyru’xil, revealing their Arkitekt’s grand scheme for multiversal decimation and atomical consumption.

The Unseen Horizon is their planet, their beings and their plan.

The Inversion intimates it is coming into view from an otherwise hidden perspective.

We meet up once a week for rehearsal & writing. We generally will go over and play the songs we previously wrote to keep them fresh and get better at playing them. Once we run through that set, we generally dive into writing the next song. Each song is built off the previous one, so we usually ask, “Ok, what would sound good coming out of that last track?”
We always think in terms of album flow and what we would hear if we put a CD in the stereo, listening to it for the first time. We build it from there.

We’ll record a shitty demo of the song using a room mic and will then use that demo as a reference when we meet up the following week and have to relearn it all. Sometimes songs remain as-is from the original jam, and others get parts refined or rewritten as we see fit. I find that the older I get, the less likely I am to identify or align myself with any particular philosophy and even less likely to justify my position to anyone who isn’t truly interested.

Hard rock was always a thing in my house (AC/DC, Motley Crue, etc.). When I was 10, I got a stereo system for my birthday (2 tape decks, radio and a record player) and along with that came a milk crate full of records from my dad’s friend. In that crate were most of the Black Sabbath albums, some of Ozzy’s solo albums, Van Halen and a bunch of others. I can still remember putting on Master of Reality by Sabbath and sitting there listening to it over and over while reading the lyrics. That was my Nativity in Black moment, and I’ve only ever gone deeper and darker into it ever since—no turning back.

I think it’s as simple as it’s in our blood and pulses through our core every single second of our existence. I can’t explain it in any other way. I don’t see it as a separate element that gets added or subtracted from my daily life. It’s a constant component that fuels everything.