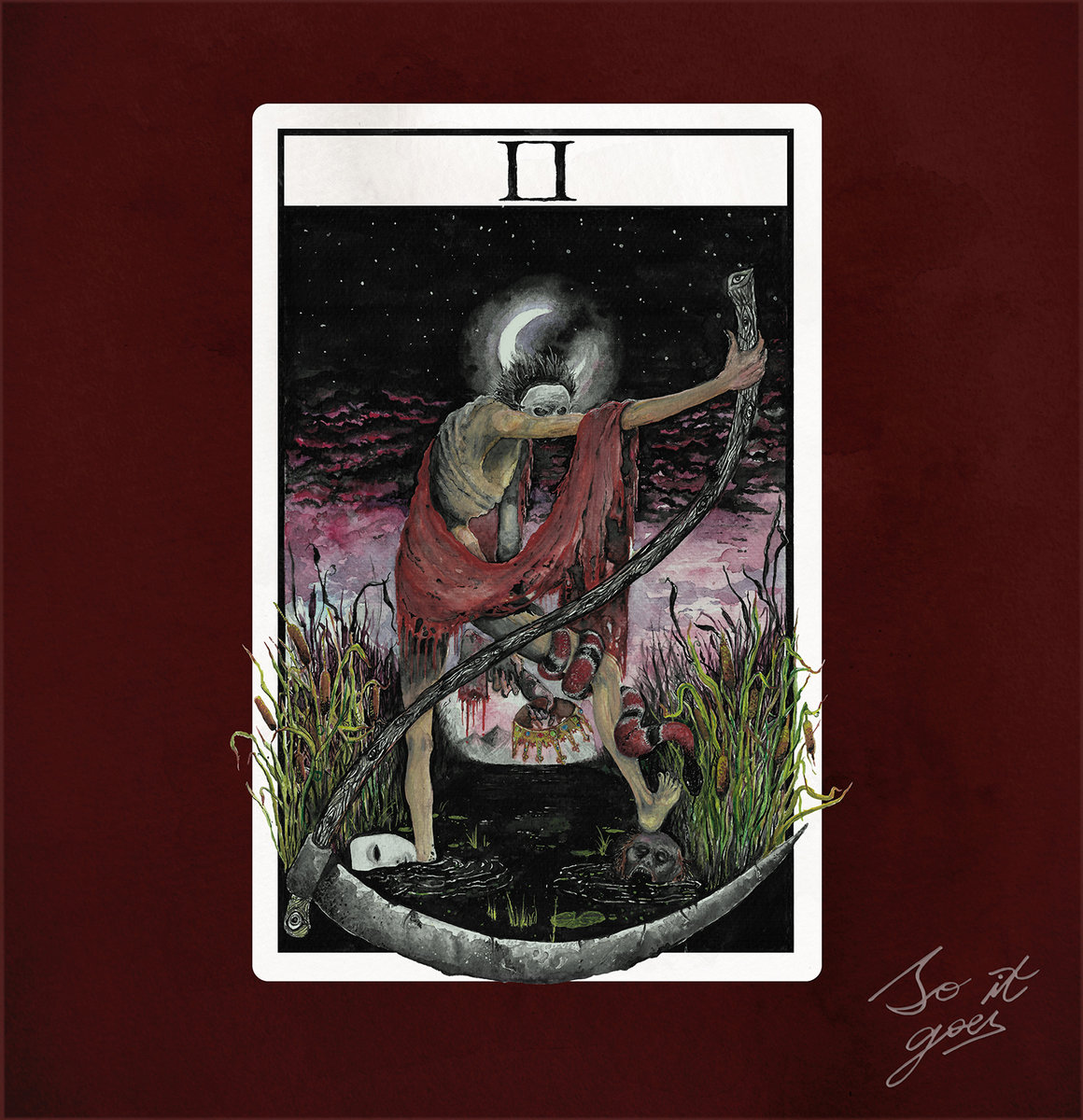 So It Goes by Vicente Pereira

Demoniac band name was the final result between multiple ideas that came to our mind. When the decision was made, it seemed a great name. It was something “to the bone”, and gave idea first impression of what our music was about. We didn’t think much about it at that moment; it popped up naturally and worked. Since the beginning, we always remained focused on the musical aspects. So, choosing a name was something that we didn’t worry at all, because it wasn’t our main goal. It was just the name that we felt most comfortable with.

The album’s title ‘So It Goes’ refers to a kind of negative perspective and a call for people to understand that there are things that are simply out of our control and you have to deal and live with it. This can be noticed in the different lyrics of the album, and the music is the perfect atmosphere to spread our thoughts, giving an emotional perspective of this. The homonymous song of the album is the one that reflects this musical-lyrical relation in a better way, going through different scenarios in a journey into madness. If you play the album and pay attention to the lyrics, you will notice a ‘So it Goes’ stance behind each song. We are not a band that wants to optimist messages if we don’t feel it as individuals.

Our musical style is violent; that’s our intention. However, our influences are diverse, either heavy metal as well as other general genres. We don’t listen to just heavy metal; there are a lot of musical styles to choose instead of one only, but that depends on each one. We try to take different elements from various alternatives within this musical universe so that we can think of new ideas and give a fresh feel to the music. Our goal is not being repetitive or predictable. We are not afraid of trying new things out. We experimented a lot on this new album and tried to apply everything that we have learned in the last years. We believe that we were able to transmit the experience of these last years through this new album, and we are highly satisfied with the result; however, you never stop learning.

Originally, the style that made us create the band was thrash metal, but we never decided to play thrash metal, it was something that just happened. We were 16-17 years old teens when we began, and we wanted to play something more aggressive, so thrash metal was the natural option. Throughout the years, we started building something like an identity in terms of sound, mixing elements from different genres. Nevertheless, when it comes to creating and playing music, we like to create something more powerful, faster, violent and furious, and all of these characteristics are thrash music. However, we have never categorized ourselves as a one-genre band; but it was just thrash metal at the beginning. Time after, we got closer to Deaththrash, and now we have integrated some elements that come from black metal. In this way, the goal is clear, play violent metal; however, the means to achieve this can be everything: different topics, tempos, instruments; everything within our reach. In terms of lyrics, it is the same logic. We don’t have any type of specific philosophy. We talk about what we worry about, what we see, and about our own existence. Although we use different points of view, there is always a hidden message (or vision) in the lyrics. Listen and pay attention to the album to find out!

We don’t focus in a specific topic and neither we have some predefined topic to write the lyrics. We just simply write the lyrics based on what we are feeling on that moment; these are thoughts that are expressed through the music. Some topics refer to a particular topic while others are more ambiguous. When we started the band, we used to talk about topics related to Metal itself, topic as rites, cults, demons, anti-Christianism, etc.  Topics that are mostly considered clichés and quite common. However, as individuals, we have been evolving throughout the time, and we have learned that lyrics have an important role, but weren’t giving them the right attention and dedication that lyrics really needed. So, our lyrics have been evolving towards a much more inner perspective of things. As I said before, you never stop learning; hence, that evolution could never end.

For us, dark arts are not an issue. Our beliefs and subjects are more likely close to the earthly reality, so dark arts are not a common topic for us. Having said that, I cannot give you a definition of the term itself, because I would be talking about something I don’t know. Personally, I think that is an interesting topic and can be a great choice to create a whole mysticism within the metal world; but it is not something that matter in my day-to-day life.