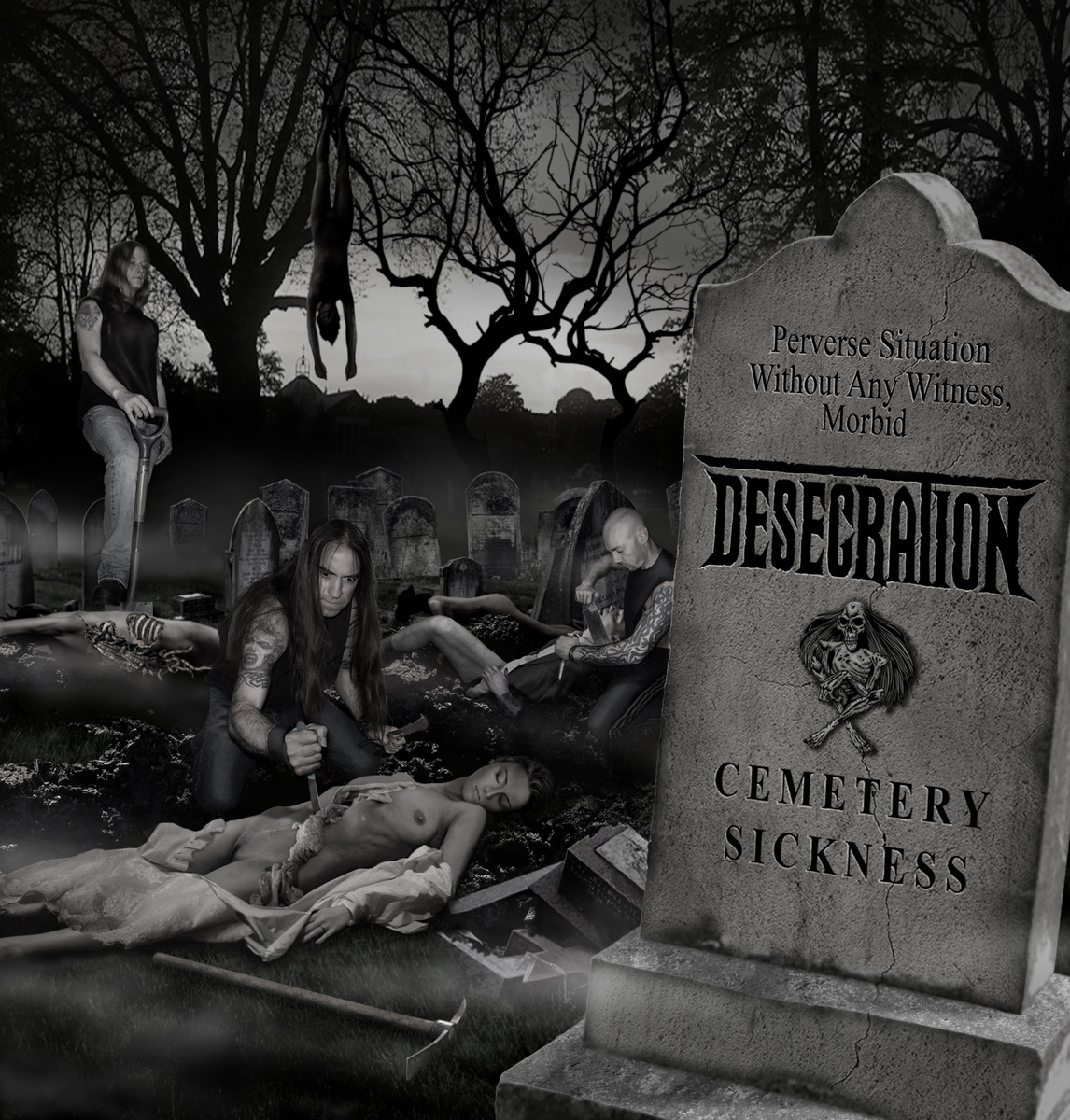 Gore is just the beginning

HMA: Hi Ollie, thanks for this interview and welcome to Heavy Music Artwork. I wanted to start straight with your profession as a mortician. Can you tell me what your job entails and what curiosities and human tragedies are you exposed to?

Desecration:  I am a post mortem technician, so that is what I am involved in. I’ve been doing it a long time now. I am part of a team that deal with autopsies every day, all kinds of different deaths. Everyone knows what a post-mortem is, I take out organs and brains, and when they’ve been examined I put it all back together again. There’s a lot of other stuff involved though, lots of paperwork and office stuff goes with every post-mortem, so it’s not all hands on.

HMA: How did you get into it, presumably inspired by Carcass ‘Reek of Putrefaction’ medical musical grossness?

Desecration: Not from Carcass, although I was a fan back then. I was more into horror films, I loved the special effects as well as the grimness. I collected and traded old VHS nasties and even got involved in the trouble back then. I had my collection confiscated and some destroyed and going to court all that rubbish. The mortuary job came up while I was doing general science in college and I thought I could do it so I did.

HMA: Does the music help to cope with the job or is the way around?

Desecration: The job inspires me to write lyrics sometimes, but not always. It’s nothing to do with coping, I am a strong minded person. I write music and lyrics that fit together because that’s the type of music I happen to be in. I don’t work with any other metalheads so all day we listen to pop music etc.

HMA: In terms of finding your inspiration would you say that you have an advantage with your death metal pears?

Desecration: Somewhat, although writing so many songs it obviously becomes more difficult, we have like seven albums now, and I was never a good literature student. I don’t enjoy writing lyrics, I have ideas in my head all the time but putting them down on paper isn’t so easy for me.

HMA: What was the most disturbing or life change experience that made its way to the music?

Desecration: Hmm, I’m not sure there’s been a single incident haha. We have written a whole album on the decomposition of a corpse, which I think was a good move. It’s an album that stands out in the whole of the death metal genre, but it hasn’t ever had a good distribution, which has always been a problem for us. Our ‘Forensix’ album was also an album that the whole thing was written around this scientific field.

HMA: Why gore and the grotesque still instil inspiration and continues to feed the imagination of artists and art in general?