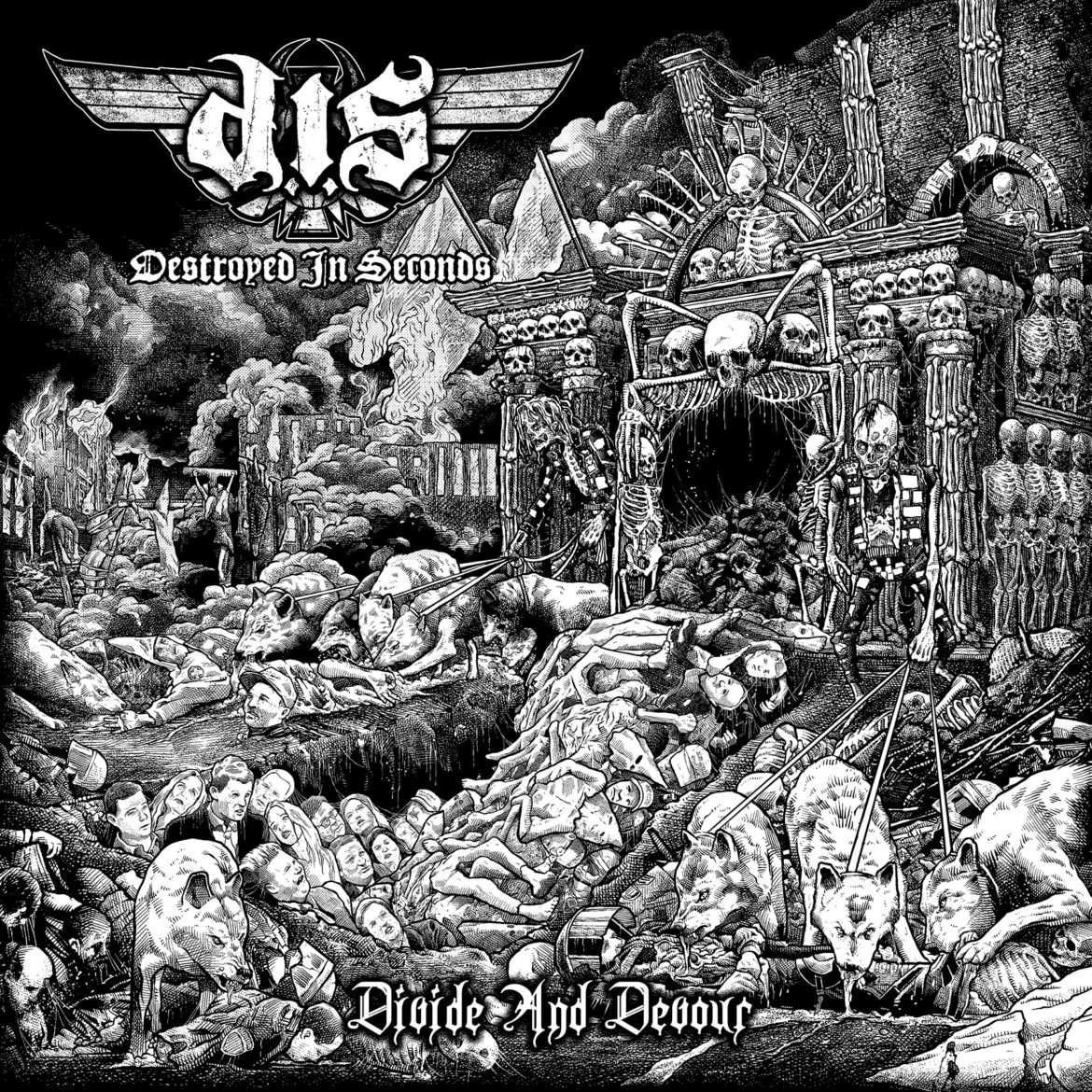 Divide and Devour by Destroyed In Seconds

Destroyed in Seconds has always had an organic “riff it up” process for writing songs, so nothing changed in the creation of ‘Divide and Devour’. Some of the lyrics were changed over time and our lineup, but we stick to our formula, and it works well. We released the record last year in April independently on digital and limited-edition cassette formats. Before that, the planning of the record release took a major turn when the pressing plant our label used for years suddenly went out of business. Rather than delay the release, we decided to put out the record and plan out another route. As we all know, Covid-19 hit, and the entire world shut down, so that was yet another delay. It feels great to have a proper vinyl release and to be back home with Deep Six!

‘Divide and Devour’ was the title I wanted to go with when we were halfway through the record’s writing, which took a bit to finish. Lyrically, I had plenty of time after the release of “Becoming Wrath” to absorb the reality of how bad things were getting, where we are at and where we are inevitably headed as a society. As far as lyrical themes go, the album was written as a scathing and grim commentary on the rise of national and global fascism and how we as people have perfected the art of eating each other alive in every way. I feel it was flawlessly captured in the overall theme of the record.

I’ve tackled religious zealotry on a few tracks in my time with the band, most recently “Sulfur”. I’ve never been a religious person. Still, I do have many opinions on the subject, none positive, but I’m not going to try to make everyone think like me. As far as politics go, I would not consider my ideologies a fixation in any way; however, I am passionate about many different things and try to convey that lyrically as best as I can with no hesitations or holding back. I write what’s on my mind at the time, whether addressing the trigger happy police state, religious doomsday sycophants, or pushing back against authoritarianism. My personal and political views aren’t for everyone, and I am ok with that. I’m just “yelling about stuff,” but if what I’m saying resonates with people positively or brings on the opposite reaction, that just means the message was made loud and clear. I can’t win them all, and I’m certainly not trying to.

Metal has always been over the top with its imagery and content. I mean, isn’t the whole point of putting blood, guts and dead-ass all over goofy metal covers just to piss off the religious wackos along with Mom and Dad? We have a wolf eating a cop on our album cover so I’m probably not the best person to answer that question.