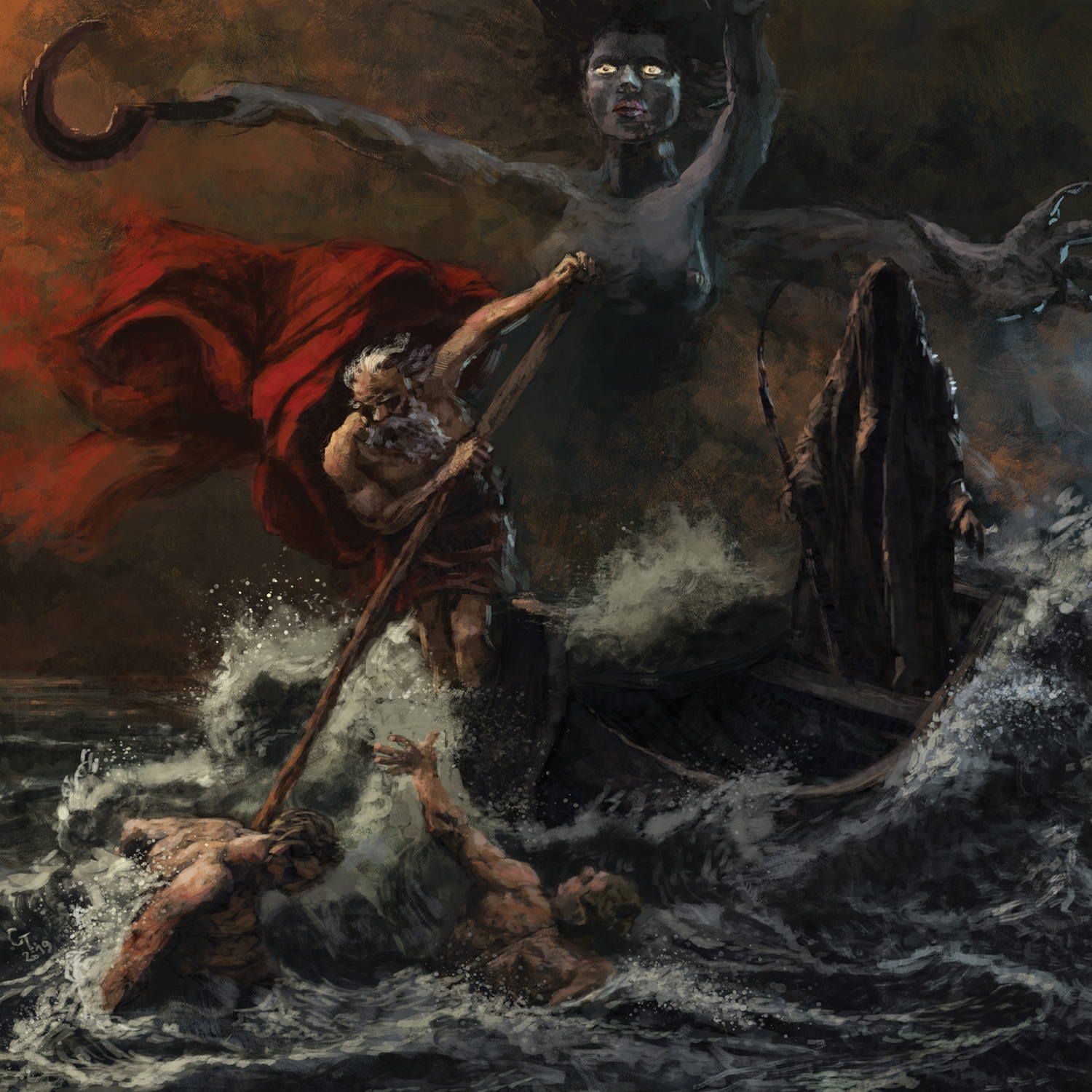 Destroyer of Light formed in January 2012 back in Austin, TX. Throughout their career, they have released three LPs, two EPs, and one split record with Godhunter. Also, they have toured the states, played festivals such as Psycho California, Southwest Terror Fest, Shadow Woods Fest, and SXSW. Bands that they have shared the stage with include Conan, Weedeater, Goatwhore, Cough, Bongzilla, Acid Witch, Tombs, and many more. They have also just completed their first European tour in support of the release of their new album, Mors Aeterna, out on Argonauta Records.

We’ve been doing it ourselves since we started this group in 2012. Our idea was not too stagnant and keep moving forward. This year we decided to get some outside help with Argonauta to push our music more towards Europe so we can expand our reach. Not only do we remain creative, but we also want to keep touring and playing in front of more people.

With ‘Mors Aeterna’, we wanted to expand on our creative influences. I wanted to bring in some more of my love of grunge bands such as Alice in Chains and Soundgarden in combination with our love of 80s goth/nu wave bands such as The Cure and Tears for Fears. However, maintain the style of music which is Destroyer of Light. The influences may be subtle, but they are there. It was a fun album to write because we were able to get really creative in the studio, as well as the songwriting process. In addition, with my love of horror movies, I got to write a synth track as an interlude to go along with the concept, this style of music has always been an inspiration to me.

‘Mors Aeterna’ started with the song, ‘Afterlife’. A song about a man who has died, but doesn’t realize that he is dead yet. After I presented this song and lyrics, Keegan, our other guitar player, said he had written a song with a similar subject matter. With that, we decided to write a concept album about a man travelling through the underworld. The interludes presented in the album were created to create the atmosphere in between the song’s themes. It is meant to be a journey.

I think some aspects of metal are still dangerous, but I think that a lot of it was built up from the imagination of our youth. When you are a kid and look at the artwork for Iron Maiden, or maybe the lyrical content of Slayer, when you are a kid, it looks and sounds dangerous. When you grow up, you see it more for it really is, but I mean, it still kicks ass, but is it really dangerous? I think it comes down to having a vivid imagination and a creative mindset when it comes to metal.