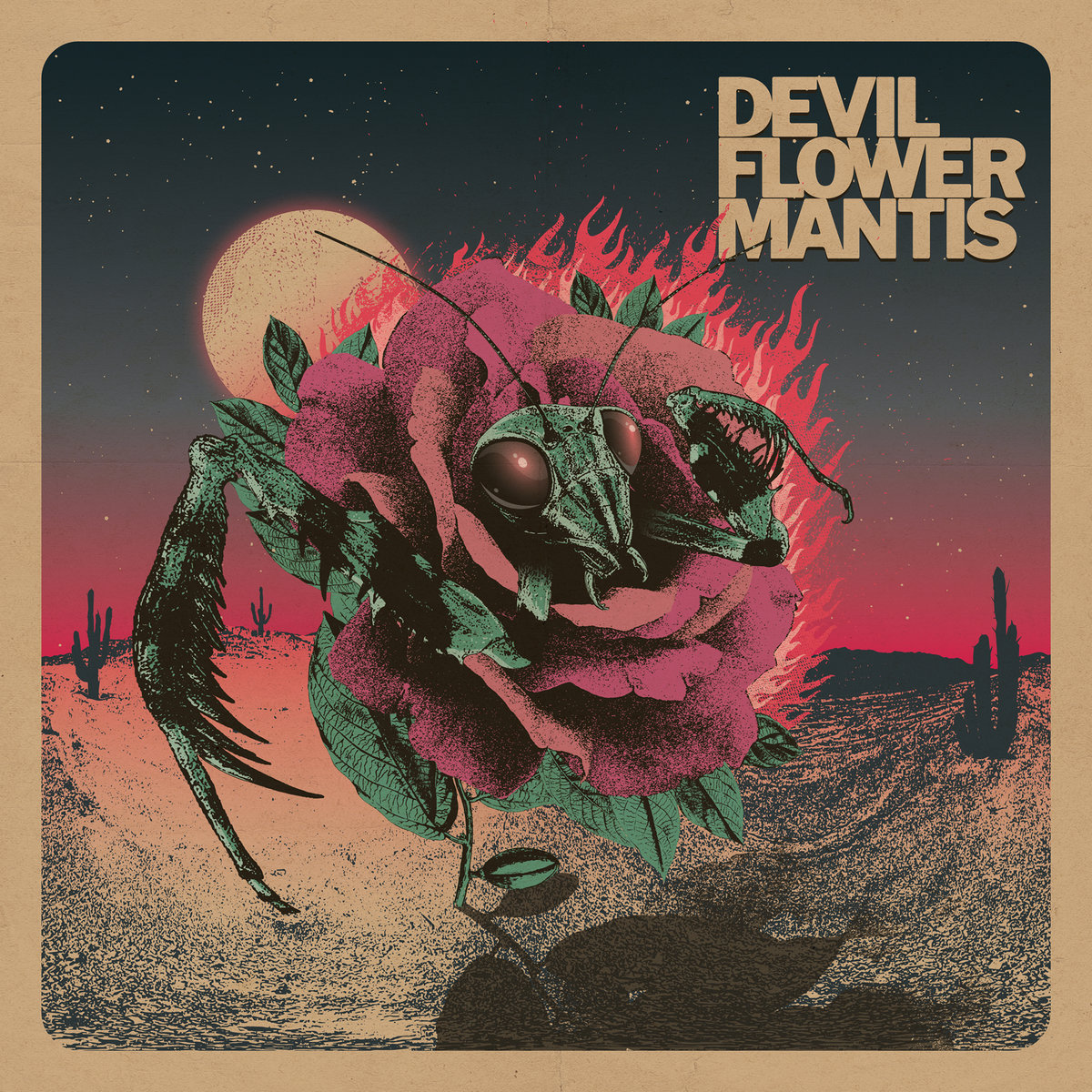 Devil Flower Mantis is a heavy-psych band from Athens, Greece, founded in late 2016. In the summer of 2019, they released their first self-titled EP. The band’s lineup consists of Nikolas on voice and FX, Dimitris on drums, Verbal on bass and Nikos on guitars. It all started when our guitarist Nikos publicly announced his will to form a new band on social media. It was then that our bassist Verbal responded to his call, bringing his former bandmate Dimitris along. Nikolas was the last to join the band, completing the core of the band. After the release of the EP, a final addition on guitar occurred with Kostas joining us.

Our latest release happens to be our very first too, being our self-titled EP. The band’s influences vary from early 70s heavy psych rock to thrash, sludge and grunge, all with a splash of psychedelic seasoning. It is really challenging for us to describe our music style and categorize it under the umbrella of a “genre”, mostly because each of our band members comes from a different musical background.

Our lyrics could be described as completely esoteric. They revolve around internal fears, instincts and personal insight. All four tracks stand on this common lyrical pillar, that being the storytelling of what one would call a “bad trip”. This is the lyrical concept of the EP, a guy that in his mind trips through space, a remote jail in the middle of the desert, inside his own bloodstream, in a shamanistic village being the subject of a sacrificial ritual, always having a terrible ending. Either getting totally numb and manipulated by the witch doctors, getting himself killed after getting revenge, becoming digital data and getting erased, finding himself in the ending of the universe and going back to the Big Bang, merging with the universal matter and experiencing the creation of the world from point zero in a torturous way. In reality, our guy is just sitting in his room, always waking up from his bad trip and going straight to his next one.

We draw inspiration from everything that makes up the socio-cultural environment in which we live, such as lifestyles and values that characterize our society but we can’t say we have a fixation on a specific subject.www.facebook.com/devilflowermantisband