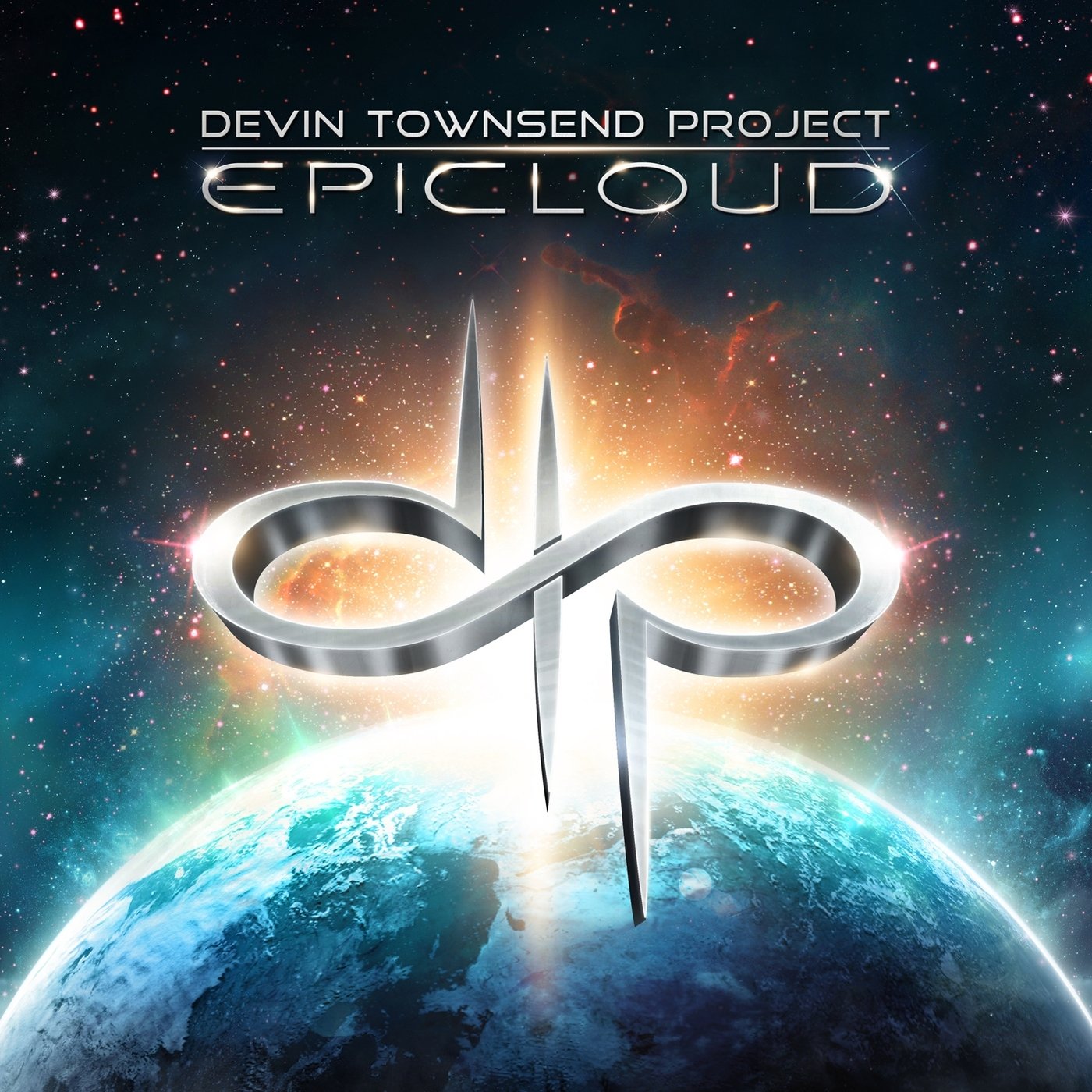 After recording more than twenty albums with different projects and artists, Canadian singer/multi-instrumentalist/musical genius Devin Townsend still has a lot to say. He is perfectionist and relentless but also let his muse and instincts to guide him to new, unexplored sonic worlds. The most recent proof of this is his latest 2012 album “Epicloud”, a recording that although retains some elements of his overall musical style, also takes the listener into new multilayered, spacey and occasional pseudo-Pop soundscapes. We recently talked with Devin about this album, his constant desire for exploring the grounds and of course, the story behind the album’s cover artwork. This was a relatively short but juicy chat that gave us a glimpse into the mind of one of the most talented musicians in contemporary Rock and Heavy music. Enjoy!

HMA: To what refers the album title “Epicloud”?

It’s a play on words. It’s so loud that is epic, like over top of the planet. I think that what it ultimately refers to is that the past 4 records that I’ve done, Ki, Addicted, Deconstruction and Ghost the themes and the lyrics on those records were very much about me trying to get over certain things artistically that prevented me from being free. So as a result of making those 4 records I feel that I have figured that out and that I have overcome that fear of my own abilities or inabilities or whatever it is. So “Epicloud” meaning “above the clouds” in that sense, refers to maybe that I’m over it. That I’m able to make a record that is as accessible as “Epicloud” without being afraid of it not fitting in somewhere.

HMA: On Epicloud you’re showcasing one more time your chameleonic capacity of bringing something new to each studio recording. The sound has many Pop/Space Rock connections. Can you tell us more about how you approached this album, musically-wise?

Before I was interested in Metallica and Napalm Death, Fear Factory and Judas Priest, and all that, I was much more interested in Def Leppard. When I was 12 years old I listened to the Eurhythmics and Styx and Def Leopard and that sort of thing. So I think it’s important for me to be able to say out loud. Hey! I loved that type of music. It’s not about for me being too cool for it. I mean, I’ve never been cool man, like I don’t think I’ve been cool once in my life and if I was it was by mistake. So for me to make a record that sounds like my influence is inevitable.

HMA: Musically-wise, how do you manage to keep things fresh after all these years?

I don’t try, for sure, I definitely don’t try. But really what it comes down to is that I love music, you know after 20 years of doing this as much as is my job, you know, it’s not a job, I play music because I’m a huge fan of music. Without music I don’t know what I’d do. I love having beautiful sounds, I love having horrible sounds, I love having stupid sounds, I love music. So the fact that my stuff perhaps is fresh is less about me trying to keep it fresh and more about me having a very honest interest in all these different styles. And an obsessive nature too, my productivity and my desire to make things has always been very obsessive so when I do something is more based on that than “well now that I’ve done an ambience New Age record maybe next I should strategically try and make commercial Def Leppard music. Oh, and after that I should strategically try and make a haunted country music record because that would lead into my symphony record”. It’s not about that at all…Is just.. Once I feel I finished one thing my life just seems to provide me inspiration. I mean, it’s just what happens.

HMA: Why did you choose Anthony Clarkson for the design of “Epicloud” cover artwork?

Well…He did Deconstruction for me. I tried some different artists and no one that I used or experimented with, gave me the results I was interested in. So I came back to Anthony because he had done a very good job with Deconstruction but I didn’t think that he would be capable of achieving what I was looking for which is very sleek and very stylized and very modern. So I said, “Hey Anthony, I’m having problems finding someone to do this. These are my ideas. I see something to do with outer space and a very bold logo that is over top of the planet but not so far into outer space that is disconnected from the planet.  These are the colors that I am thinking. What can you suggest? And then when he came back with ideas I said. Oh! That looks great! He’s a well-grounded or rounded graphic artist.

Well… the logo is important to me because I’ve always been very fascinated by nature, or the universe, or spirituality, no religion, I’m not interested in religion but I’m interested in the beauty of life and humanity and all that shit, right. The idea of infinity has always been very interesting to me, I like the idea of infinity being this infinite thing but also I like the idea of just being a metaphor so the Devin Townsend Project very literally says DTP if you look at it but if you also look at it from another angle is like you enter that whole infinite sort of frame of mind that’s a philosophical idea of infinity then you explore it and then you leave it.  For me, that sort of idea of exploring infinity and then moving on has been very important to my artistic development and that’s what the logo represents.

HMA: With so much original material available, how do you manage to create a balance on your set list when you are playing live?

It’s a little difficult to be honest. But I think it comes down to several factors. There are certain songs that you think are going to work live but they just don’t. Is like…a lot of times the audience would be  like “I would like to hear this song live”. But sometimes playing a 15 minute long song that is very quiet is just not super engaging in a live sense. So you have to balance that versus what you played the last time you were on tour versus what you want to play and ultimately is a work in progress, but we find ourselves in a situation where we are making multiple sets and then trying to satisfy all those ingredients that go into a complete statement. And how much of that can you satisfy? Not a whole lot but you do your best.

HMA: Finally…Do you have any favorite album cover?

I don’t know. I never thought of that. I have no idea. I think I’m not so visually stimulated that I don’t put things into that category I guess. I’m so much more about hearing than seeing that I know what I like but I very rarely am fascinated by a cover enough to think of it as being a favorite. If a record that I hear is something that is emotionally connecting to me then I love the cover just because of that, but it’s never really separate from that.