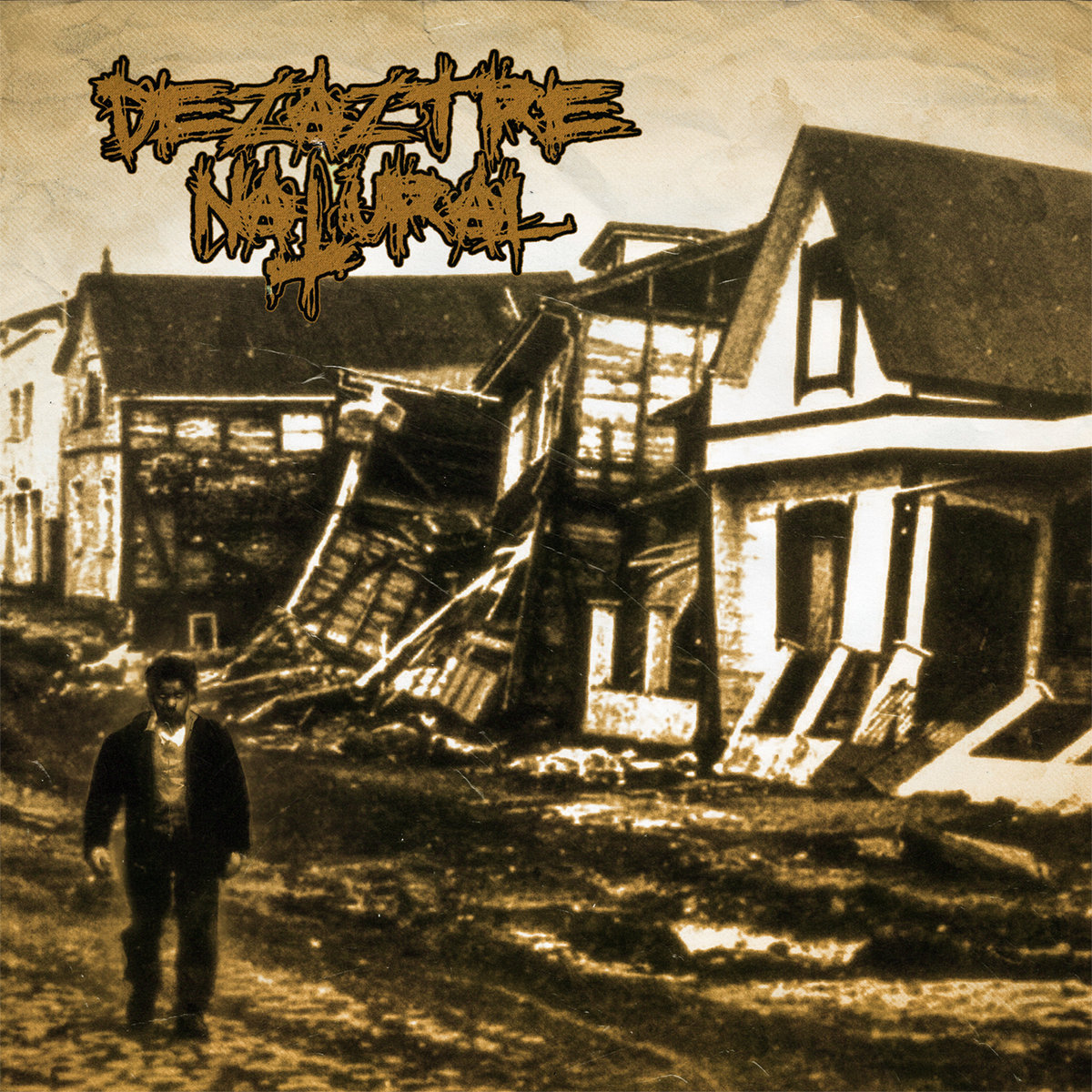 We had previously other musical projects, and always maintained and shared our love for skateboarding and the feeling of protest, organization of festivals and gigs, countercultural attitude, free expression and radical feelings to mobilize and break with the established parameters. We always wanted to form a special band, a NATURAL DISASTER, something that will blow your mind and would leave people surprised by the fusion and mix never heard before. We wanted to bring together all the styles that we liked since we were young: crossover, thrash, metal, punk, hardcore. And we also wanted it to be only with 1 old school style guitar as Pantera, and with 3 vocalists to do something different, and make a kind of fusion that has never been done before. We also thought that the band had to have a very special and different bass, as rancid and motorhead style, and finally, Spanish lyrics.

We always thought our band as a fusion between the ideals, attitudes and contrasts of punk, thrash, hardcore, crossover and metal. That&#39;s because all the members grew up listening to all these styles at the same time, bands such as Sepultura, Animal, Criminal, Bad Brains, Tankard, Pantera, DRI, La Polla Records, Biohazard, Pennywise, Exodus, Bad Religion, Rancid, Misfits, Cromags, Suicidal tendencies, SOD. We like the underground and street feeling, to fight and never to lose our essence and roots.

We have been trying to progress year after year in terms of speed, intensity and form, mixing Latin with European styles. The band is much more solid nowadays and everything flows better, we have managed to compose new records and understand each other professionally, with 5 international tours, 2 albums, and 3 LP albums. Through these 11 years, we have worked step by step, without rushing, and have been producing everything by ourselves: the tours, albums, festivals, recitals and activities.

Our first album had another drummer and another bassist, and also a third vocalist, but from 2013 onwards, from the second album “Autoexterminio” until today, we are the same members with a solid training and also an excellent friendship. The first debut album has a garage, street and crude elements, more like thrash punk style. The recording of that record was much simpler, not as professional as the 2 albums that follow because we did not have so many contacts and economic facilities. We like that the first album was different with not such an elaborated sound and much more improvised and direct.

On the other hand, “Autoexterminio” and “Asphyxia” were recorded, mixed and mastered with a much better professional production level, but always keeping our underground essence and original sound. But obviously, you can notice an experience throughout the years that finally traduces into faster albums, with a better sound and better worked out.

Our lyrics contain a lot of punk and hardcore, because we support self-management and doing things by ourselves. We emphasize anti-fascism, anti-racism, anti-discrimination, anti-abuse of power, etc. We are inspired to talk about inequality in South America, corruption, and how easy it is for people to forget history and the past, dictatorships, rapes, slavery, torture. We also want to show the way modern technology and capitalism consumes our life and blinds us from true problems of society, such as poverty, abuses, environmental changes, animal abuse, etc. We hope that young generations listen to our music, so they can be better informed and warned from the lies that modern society brings within.

We criticize the classic tools of the oppressive system such as religion, state, government, privatized education with false guidelines, paedophilia, negligent medicine, femicide, animal abuse, false democracy, political bureaucracy, police repression. Finally, we consider very importantly mentioning our family, our friends and other music band friends. The feeling of loyalty, support, solidarity and struggle, to keep together and stand up without prejudice, always keeping up for the fight. Something that I really dig about this project is how much

The author of ASFIXIA´s artwork is Paul Felmer, a professional designer, illustrator and audiovisual producer, who is our Chilean friend. The author of the other albums artwork is Jose Canales, another professional illustrator and friend of the band. Regarding ASFIXIA, our last álbum, we were inspired by the drowning of a society in decline. It is a way of showing how we are trapped and suffocated in a sick society and don´t allow us to express ourselves. It is based on a criticism about false customs, norms and laws that drown us since centuries, monuments, history intervened and managed by their interests.