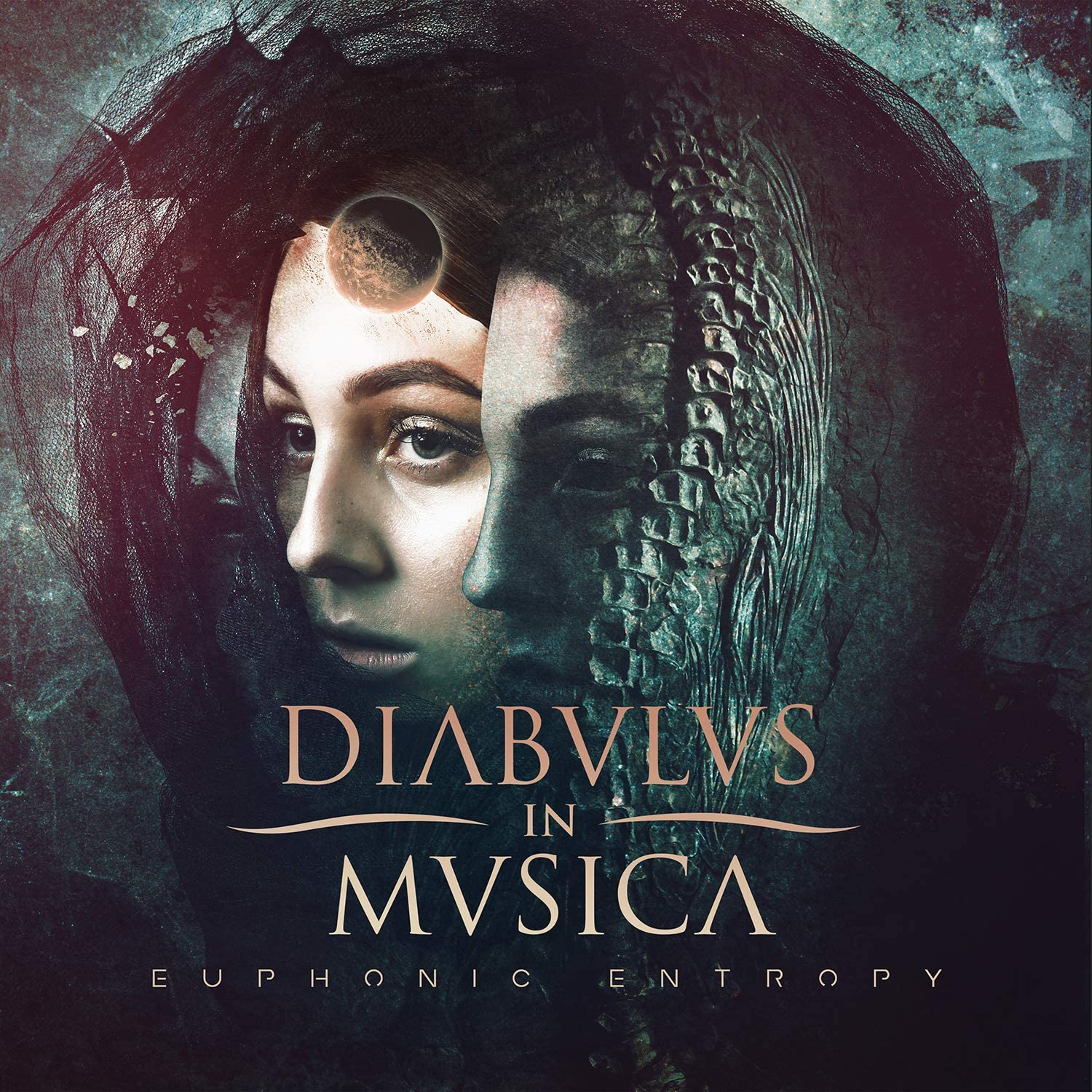 Diabulus in Musica is a symphonic metal band from the North of Spain that combines the elegance and passion of classical music with the aggressiveness and strength of distorted guitars, resulting in a modern and eclectic metal that merges diverse styles into something harsh, cinematic and emotional. After their debut album under Metal Blade records in 2010 they got signed by Napalm Records with whom they have released four albums, the latest one “Euphonic Entropy” was released a few months ago gaining great reviews worldwide.

Diabulus in Musica is a mediaeval Latin word that means “the devil in music”. This is how mediaeval people called the triton or the interval of the augmented fourth. The medieval ear was used to hearing perfect fourths and perfect fifths, so the augmented fourth (being halfway between these two most common intervals), was about the worst discord imaginable. That’s why they thought that the devil was inside the triton. Early Music is my favourite style in classical music and is what I usually sing in the classical field; that’s one reason I chose this name. I thought it was perfect for us not only because of the meaning it has to me but also because it sounds a bit dark, even “romantic” as our music sometimes. The term ‘diabulus in musica’, perfectly shows that duality between the ‘light’, the beauty and the “dark”, the evil. That duality is present in our music with charming and symphonic parts but also with grunts and powerful riffs.

The music and lyrics for ‘Euphonic Entropy’ are clearly influenced by our new situation as parents of two little creatures, but there’s room for a philosophical read. Being parents and artists at the same time is challenging, and this was the main inspiration for our latest album. The “Entropy” would be this chaotic situation where we lived at home, self-producing a new album with a three-year-old child and a newborn baby. We do everything at our home studio. The kids are here with us, so sometimes working is hard, but despite all the difficulties and this apparent disorder, we managed to write and record an excellent album achieving a “euphonic” result haha. This is the “worldly” explanation of the title, but there is also a more symbolic one, that refers to duality in the world and universe, the balance between order and chaos… As I told before, duality has always been represented in our music, and our band name and this title refer to that too.

Musically, I think the album’s overall energic feeling perfectly represents our lives right now as well (and I’d say everybody’s lives, in these weird times). The feeling of rush you get when listening to it is probably the same we had when writing and recording this album with two little babies at our side, but it turned out very powerful, and that “power” is also the feeling we got when we finished the recordings of the new album.  All this energy is the main connection between the songs I’d say.

We are musicians. We love music, and we listen to a wide range of different musical styles, not just metal, so our influences are wide. Music is above all “self-expression” as most of the arts, and one doesn’t always feel in the same mood, so does happen with our music. That’s why our music is so eclectic, with many different elements and influences of different music styles.

I wouldn’t say we play power-metal, we generally don’t use the classical power metal riffs and grooves, and we don’t talk about the classical power metal topics neither in our lyrics. I would say that the metal part of our music is closer to melodic death than power, but there is a little bit of everything, we play just metal. If I had to tag our music, I’d say “symphonic metal” defines our style the best because the classical orchestra and the big choirs are essential elements in our sound. There’s no specific philosophy in our music style, it is easier than that, we are classical musicians and metalheads so this music was the natural road for us to take musically.

I love history (actually I’m a historian and archaeologist), I also love mythology and ancient tales, but it is not something I generally talk about in my lyrics. Of course, I have my political ideas and my philosophical views about existence. Still, I think that music should be for everybody and I don’t want to create barriers, so I don’t usually talk specifically about politics or religion in my lyrics. Some things are a must ‘morally wise’ for me, so it is true that social criticism is somehow present in our songs: respect and connection to Nature, to others, freedom… But in general, the World itself, my personal feelings and experiences in life are my main inspiration. I think everyone can feel related to DiM’s lyrics.

I’m not sure if you refer to the dark arts as dark magic or art in general, I guess it’s the second if it’s the first, I’m not at all in that. I would define dark arts as a powerful way of self-expression, mysterious, surrealistic, very expressionist. I would say it is a kind of attempt to understand the primary side of humans; that’s why it sometimes can be unpleasant to provoke a reaction in the viewer. On the other hand, I also associate dark arts to the romantic aesthetics of the 19th Century or influence what I like the most about it. I don’t like macabre art and gore (despite my finding them interesting for criticism because of their impact). Still, I love the more “elegant” side of it: romantic Victorian-inspired dark style, for example, dark fantasy, surrealism.