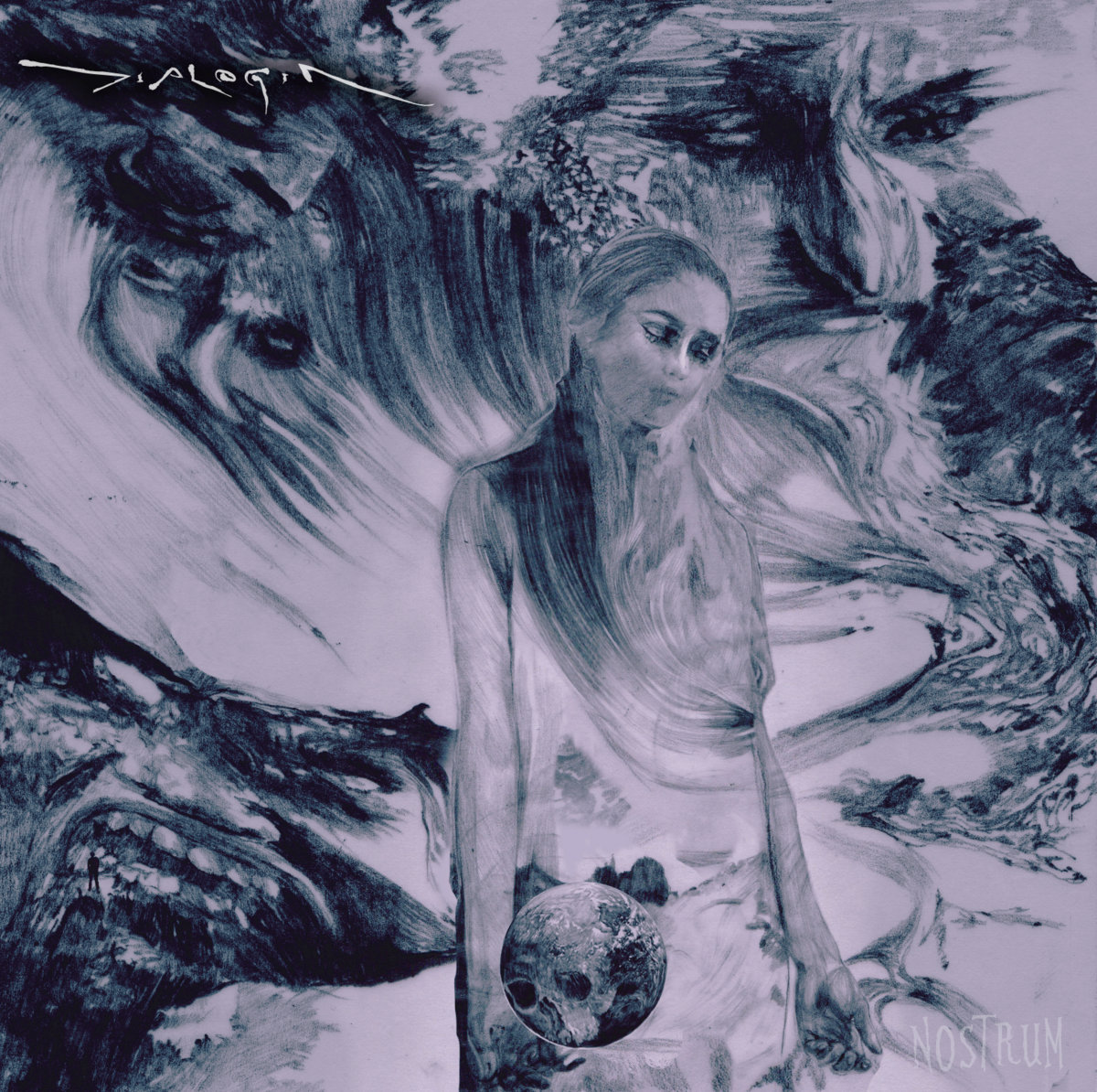 Dialogia was born when childhood friends Alejandro Nogales and Bobby Tufino, who had met while growing up in Bolivia in the 1990s, reconnected after a ten-year silence to find that they shared the same preference for dread in art, and the same fascination with the worlds that lie beneath the surface of our own. The band’s name, a portmanteau of the concepts “dialogic” and “-logia,” reflects the band’s impulse to make a wholly dark metal record that was not just an extension of the albums that had come before, but that would, in turn, inform (and transform) the very same divine works that had led to its creation.

This album results from resuming our friendship right where we left off a couple of decades ago. The goal was to write dynamic music with plenty of peaks and troughs that explored various feelings that weave in and out of trance-like to furious states and toying with the hypnotic. While the lyrics have a fantastical storyline, they’re inspired by real feelings about transcending the diseased state of things. As we sent off the protagonist into the ether, it ended up putting us on a real journey of our own. Nostrum explores a mix of musical styles, including death, doom, shoegaze, funeral and rock, with one foot rooted in the 90s and the other firmly planted in the now. We have drastically different writing styles both lyrically and musically, but I think the contrasts work well, and we ended up with the whole being more significant than the sum of its parts.

Learning to trust one’s instinct was a skill that had to be built up over time, but it all begins with whether I like or deeply feel a sound or concept. Feelings, Pre-occupation, Reflection. Why have these subjects permeated my psyche this deeply? Where do these ideas come from, and why have they stuck around this long? I’ve found that reflecting on these ideas and building on them have led me down some of my best creative paths.

Just to create something that we think hit a quality threshold that would appeal to us now and way back then. It isn’t anything more complicated than creating something that I could be proud of in the long term. Ambitious goals not limited to songwriting but extends to solid production and presentation. Bobby and I separately imagined what it would’ve been like for our current selves to go back in time and play the record to our teenage years in a Bill & Ted type manner [haha!] When we presented the idea to each other, it was like, “of course you had that idea too”. Station!

Do I have a favourite album cover? It’s going to be very hard to single it down, but both Michael Whelan and Kristian Wåhlin have created incredibly detailed worlds that coloured our upbringings. We’ve always loved artwork you could stare at for long periods and find new little hidden elements. ‘Beneath the Remains’, ‘Arise’, ‘Wildhoney’ or ‘Clouds’ are the first that come to mind, but there are so many more.

What things inspire me? The pursuit of pleasure in a nutshell. The list is getting larger by the day, which is a blessing and a curse. A blank canvas with limitless possibilities can feel like artistic quicksand, but the freedom that comes with it can trigger a grin at a minimum and even steer new works. Craft beer, nature walks, coffee overdoses, studies of the “old masters”, developing soundscapes, and attempting new art mediums where I’ll allow myself to fail. Re-discovering sleep rituals during the pandemic might seem trivial but can’t be underestimated. Exploring an ancient cache of musical ideas has also been inspiring — not by analysing the end product, but by trying to get back into the headspace of the overly ambitious and naive musician trying to make a mark.

The storyline is fantastical and deeply metaphorical, yet was born from a really honest and personal space about this diorama we find ourselves operating in. Our protagonist has journeyed into an unfamiliar layer of existence – what would he be thinking, and what would that sound like? As the album progresses, he’s just witnessed something that no living being ever has – what is the sound of the genuinely unseen? As we got further along and the story solidified, the music was often influenced by the themes and events of the tale. We both wrote many lyrics; mine tend to be more poem-like and abstract, and Bobby’s are a little more direct. We wanted to strike a balance of telling the story without really spelling it out.https://dialogia.bandcamp.com