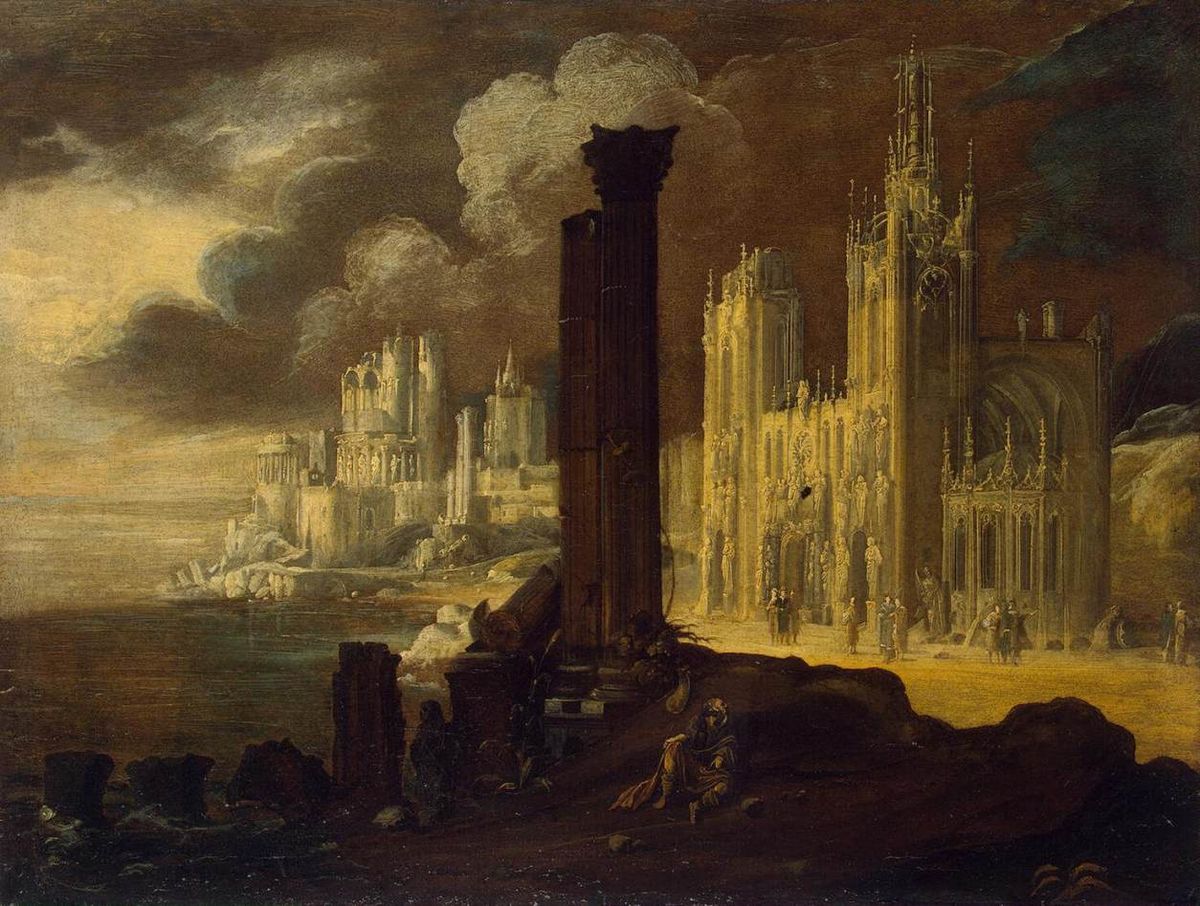 French painter, active in Italy. He was for a long time confused with FRAN?OIS DE NOM?, and the work of both artists was thought to be by a Mons’ Desiderio, a ‘highly praised painter of perspectives and city scenes’ (de Dominici). It is now generally accepted that Mons? Desiderio was the pseudonym of Didier Barra (1982 exh. cat.), son of Cl?ment Barra. Didier Barra left Metz probably c. 1608, when his name appeared for the last time in the city archives. From c. 1630 he was active in Naples, where he came into contact with landscape and townscape painters from northern Europe. De Dominici wrote that he was associated with Belisario Corenzio. The point of departure in reconstructing Barra’s oeuvre is the Panoramic View of Naples (Naples, Mus. N. S Martino), which is signed and dated Desiderius Barra ex civitate Methensi in Lotharingia, F. 1647. The picture is a precise and panoramic view of Naples from the sea, from a single viewpoint, enriched by lively brushwork and with spirited scenes of shipping in the foreground. Its topographical precision suggests that Barra was influenced by the engravings of large views of Naples made by Alessandro Baratta ( fl 1629-30), and he may himself have trained as a cartographer. On the basis of this picture, several views of Naples have been attributed to Barra. He also painted landscapes in works by other artists; the view of Naples in Onofrio Palumbo’s St Januarius Interceding for Naples (c. 1652; Naples, Trinit? dei Pellegrini) is attributed to him. Other pictures, such as the View of Naples from the East with Castel dell’Ovo and Posillipo (Naples, Mus. N. S Martino), suggest the fabled beauty of the Neapolitan coast.