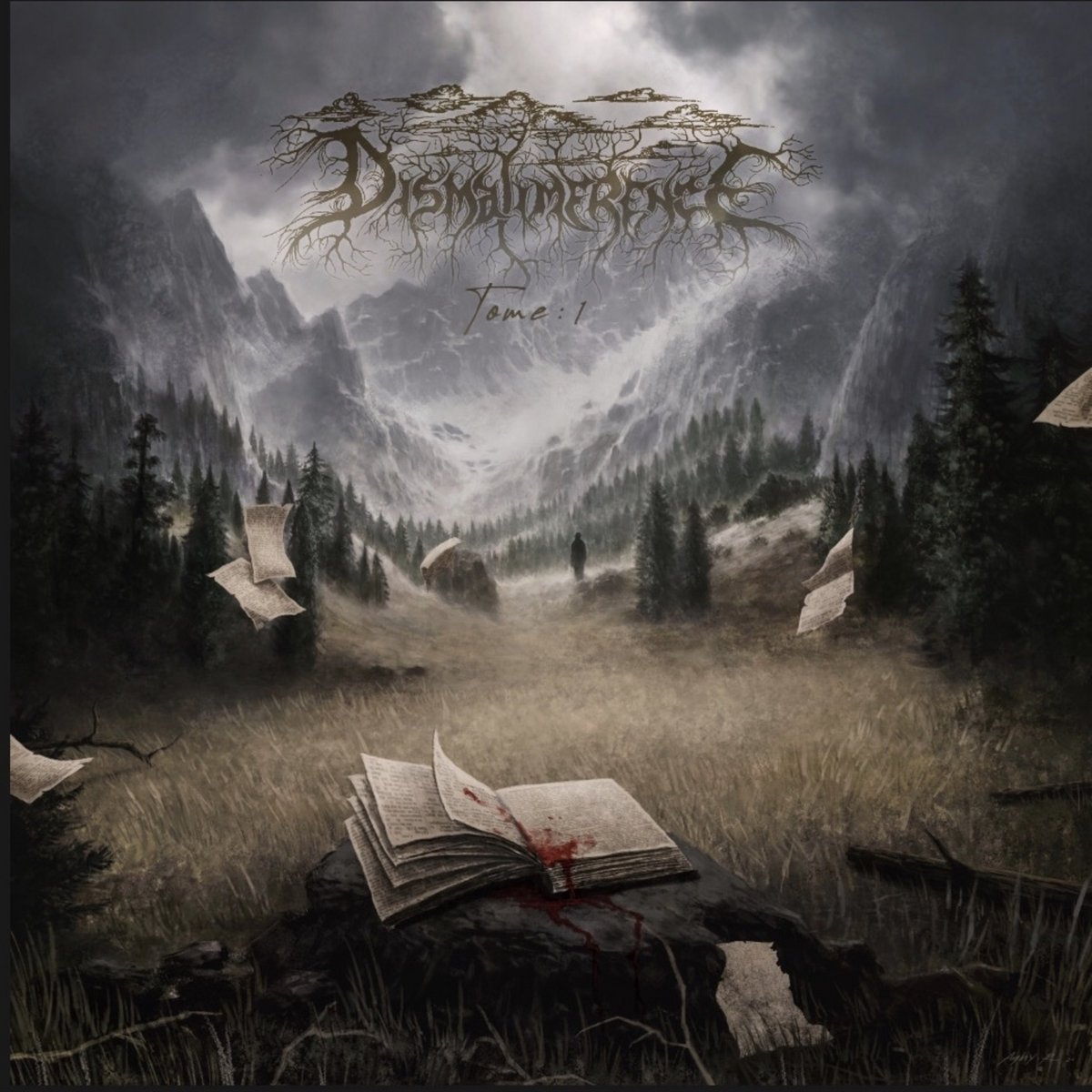 Dismalimerence to me was the best way to describe how I felt about my music at the time. I felt very low and uninterested while also feeling infatuated and whimsical about my music then. The polarising emotions led to me combining the words Dismal and Limerence. It thought it was a good fit for the music.

The title ‘Tome: 1 ‘ initially began because I attempted to write a short story to go along with the album, because of the somewhat dense storylining I had planned lyrically. As I proceeded into Tome’s workings: 1, I began to feel drained and that a short story to accompany the record would be pretentious. So I decided to step away from that and just pay attention to the details of the music. Now the title feels like a great starting point for the band’s story and my life experiences.

A handful of bands and musicians very influences my music style. Mainly artists like Paul Mausvidal, Michael Keene/The Faceless, Panopticon, Woods of Desolation, Between the Buried and Me, Emperor, and Wolves In The Throne Room.

When I started writing this album, I was very into black metal bands like Dimmu Borgir, Enslaved, Woods of Desolation, and Woods of Ypres. So I have always had a direct influence to write my own black metal. I do associate many philosophies and lifestyles in the genre. Romanticising nature, emotion, and the disparity is my favourite thing in the genre’s latest waves. Early depressive suicidal black metal, atmospheric black metal, and post-metal genres have a good point of emphasis on raw human emotion or intention. That’s something I gravitate to and appreciate.

My focus on lyrics has always been honesty. I’ve never had a chance in most bands to express myself through words and instruments simultaneously. So I like to convey my thoughts and emotions within the band. I’ve thought about opening up the lyrical content to many new ideas for the future releases, but nothing concrete yet. I can say that the latest piece of music we have set to release is very conceptual and fiction. It was nice to step away from writing personally.

I find that a lot of people think of their definitions of the dark arts. I enjoy all forms of black metal and take an interest in the artists involved in various forms of magick. I’ve read a handful of books and love to dive into theories and discussions within chaos magic and other forms alike. But I don’t think I’m justified enough to give my definition.