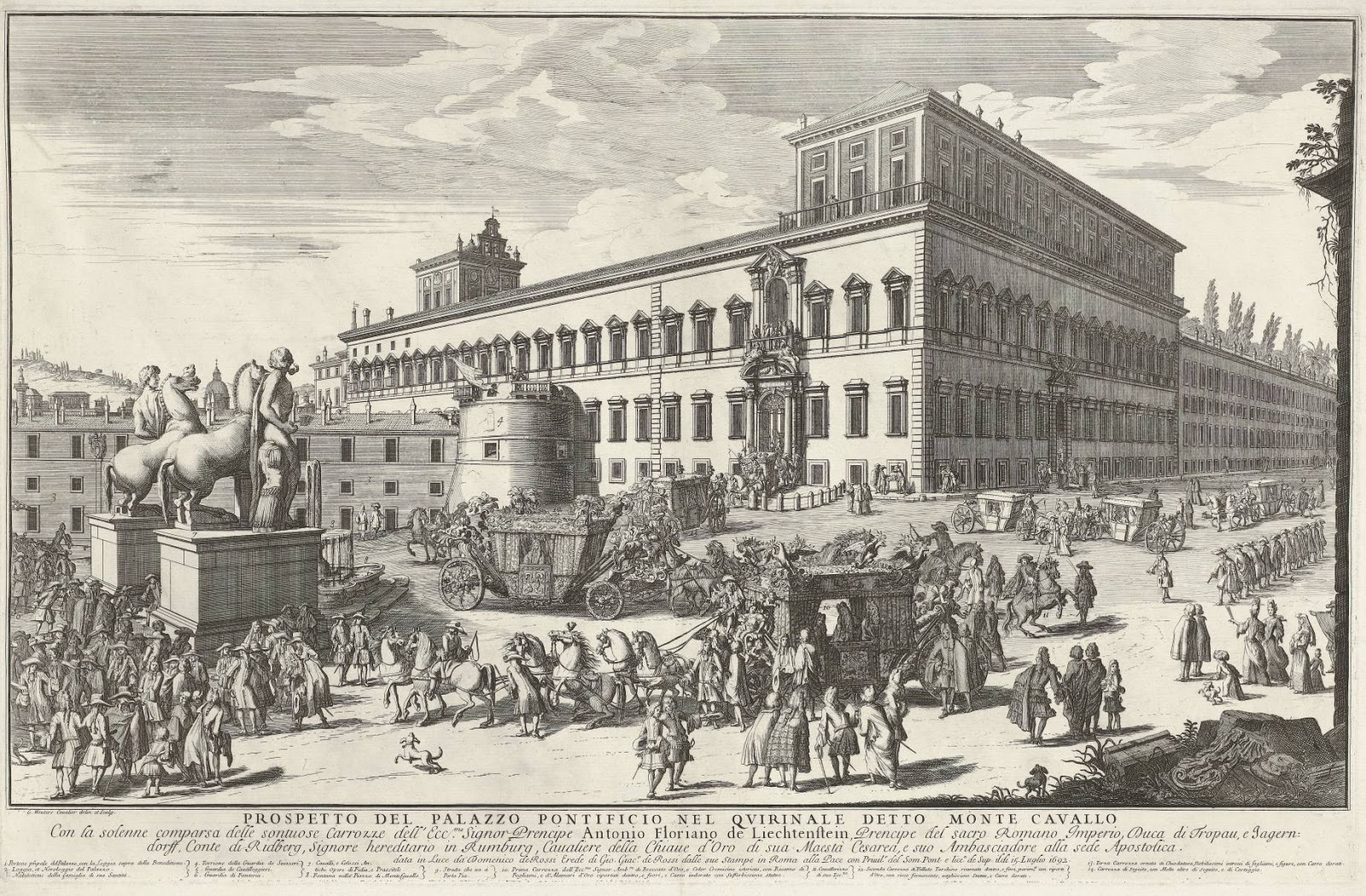 Domenico de’ Rossi (1659–1730) was an Italian sculptor and engraver. In 1709 Domenico inherited the printshop of Giovanni Giacomo de’ Rossi, by the church of Santa Maria della Pace, the largest and most long-lived publisher of the Roman baroque. Several generations of the de’ Rossi participated in the family publishing firm established in the 17th century, which continued to produce engravings for the use of designers.

He is especially remembered for the three folio volumes of architectural engravings of elevations and frontal views of Baroque palazzi and churches in Rome, which included among them some unexecuted designs of Bernini and Borromini, and which were titled “Studio d’architettura civile di Roma 1702, 1711, and 1721. The first volume, showing a wide variety of designs of windows, doors and gates, porticos and porches, chimney pieces and stairs, and dedicated to Pope Clement XI, was engraved for Rossi by quite a large team: Alessandro Specchi, Filippo Vasoni, Carlo Fontana, Vinzendo Francischini, and others. De’ Rossi also produced a book of designs for altars and chapels, Disegni di Vari Altari e Cappelle, 1685. The series of engravings were some of the first to present the contemporary baroque decoration of 17th-century Rome, thus they are of interest to architectural historians and were reprinted with an introductory essay by Anthony Blunt, 1972.

When he published a collection of engravings of ancient and modern Roman sculpture, Raccolta di statue antiche e moderne (Rome, 1704), he turned to the well-known antiquarian Paolo Alessandro Maffei for suitably learned descriptive text, for what was in effect the first eighteenth-century art book, whose refined engravings by French artists were designed to appeal to the cognoscenti.