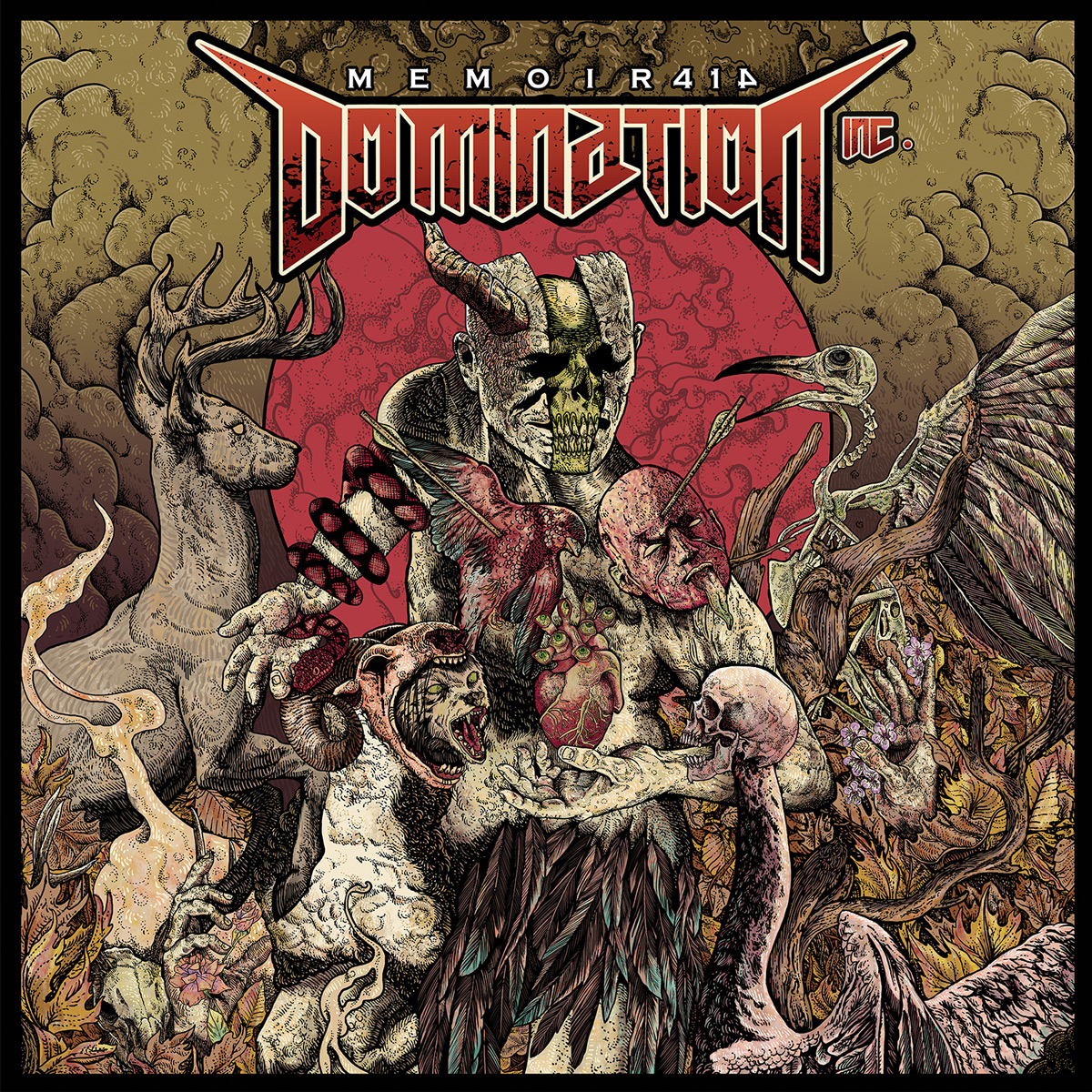 The band started back in 2011 when most of us were still in school. At first, we were just a group of friends that just wanted to play music together, so we decided to give it a go. When we started, we mainly played covers but it quickly grew as a passion of ours and we started writing our own songs. We released our first album in 2015, under the name Domination and followed it up with as many shows as we could muster, including three tours and shows both in Greece and across Europe. In 2017, we took part in the Wacken Metal Battle Greece and won, thus getting a chance to play Wacken Open Air for the first time and now, after a name change to Domination Inc. that for us sparks a new era for the band, we have just joined forces with Steamhammer/SPV and released our second full-length album, entitled Memoir 414.

With ‘Memoir 414’ we wanted to take a slightly different approach to our music. While our first album had elements we liked, as a whole, it was no longer representing us as a band and as individuals fully. This time around, we chose to approach the album with a more modern sound in mind. We kept the thrash elements that were always part of our sound and we opened the pallet of our influences. It’s definitely a thrash metal album, but we’ve sprinkled our own personal touch on the songs if you will.

The idea behind the lyrics and the album, in general, can be found quite clearly in the opening track of the album, Cutting Edge’. While ‘Memoir 414 is not a concept album, all the songs revolve around a similar subject, the study of humanity as a species with a focus on the negative aspects of our being and how these negativities are not forced upon us by an outside evil, but they come from within each and every one of us. At the same time, the album seeks to offer an allegoric solution to the problem that the songs describe in detail. That being said, however, the lyrics are not ultimatums with a single, fixed meaning, they are written in such a way to purposely allow the reader or listener to make their own assumptions and understand their own meanings or positives and negatives within the musical context of the album.

Inspiration is a bit of a weird thing to really pin point. For us, there is not really a certain fixation as you said, rather a spectrum of things. Ideas can come from anywhere and everywhere. That being said, however, there is certainly a degree of inspiration that comes from the world around us. It is quite evident in fact in our album that the social and political state of both our country and the rest of the world had a major impact in the shaping of both the music and the lyrics.