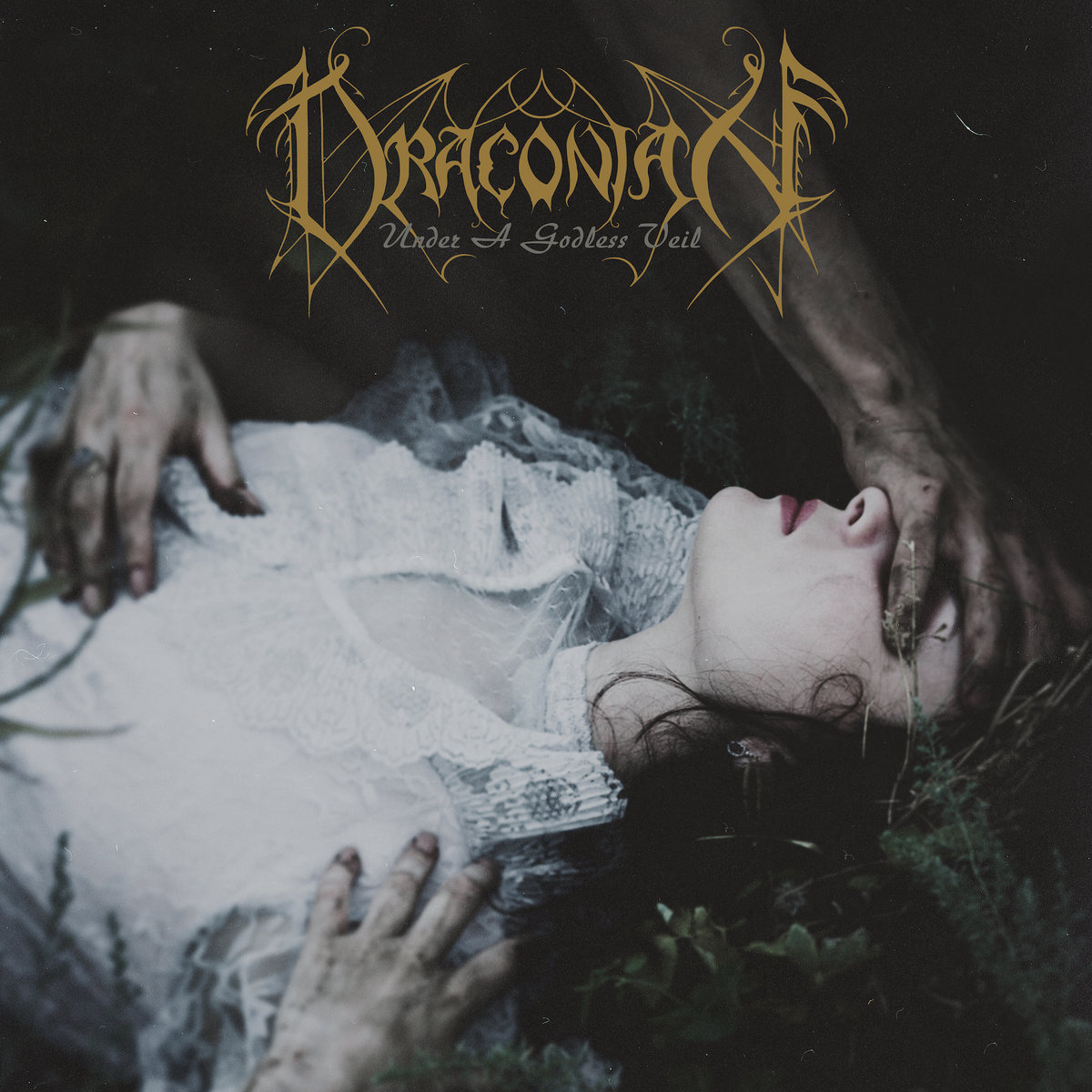 Under a Godless Veil by Heike Langhans

Back in the day, Anders Jacobsson was a member of the esoteric order known as ‘Dragon Rouge’ and used to sign his poetry with the alias ‘Draconian’, which meant to search the hidden areas in one’s own soul and psyche and shine a light on the darkest aspects of oneself (pertaining to Draconian Magick and Kabbalistic tradition). In these teachings, the inner life-force is often represented by the dragon.

After he joined the band “Kerberos” in 1994, the band was looking to change their name and the suggestion was quite appealing to original member Andy Hindenäs, who enjoyed dragon-related mythos.

There are countless surface-associations to be made and debates among fans as to the origin and meaning of the word. Over the years we were made aware of how such a word may spark negative connotations or opinions from those who consider themselves spiritually awake, but we’re happy to clarify our intent and reasoning as it has been fairly innocuous.

In ‘Under a Godless Veil’ The veil refers to a blinding metaphysical barrier or cloud that was created as a consequence of Sophia’s fall from the higher realms to the lower. One that divides the non-physical from the physical and with it, obscures our ability to perceive it.

Underneath this veil, she is the fallen goddess or the ‘Achamoth’, where she gave accidental birth to a deity or false god who does not think there to be higher powers before himself. The title in essence explains our position in this tragedy and how we have been controlled or imprisoned by major religions. This fits our music in the sense that Draconian’s themes have always had to do with rebellion against the ruling forces and our place amongst it, whatever shape it may take.

Our style is dark, melancholic and down-tempo for the most part, sometimes contrasted by sweeping hopeful uptempo melodies that give it a fairly bittersweet ambience. Other than Death/Doom Metal, we’re generally influenced by old-school Goth Rock, Prog, Post-Rock and Singer-Songwriters. The latest album is no different, though it’s safe to say there’s is more focus on atmosphere and creating contrast in the sound as a metaphor for light and dark, feminine and masculine, above and below, divine and demonic etc. Considering this is a themed album, for the most part, it has a more cinematic feel to it than before.

In 2000 we recorded the ‘Frozen Features’ demo and with that came some changes in the band such as Johan Ericson going from playing the drums to playing the guitar. At the time we were listening to bands like My Dying Bride, Anathema and Paradise Lost, which naturally made us veer away from our original sound to produce styles we were into ourselves at the time. I wouldn’t say there is much of a philosophy or deep attachment to Doom Metal specifically, but more just a personal taste in emotive, melodic and dark music in general.

Draconian generally and historically write lyrical content surrounding old poetry as well as ideologies that offer alternate narratives or theories to monotheistic dogma. Much of the earlier content such as ‘The Closed Eyes of Paradise’ 1999 was centred around the story of Lucifer and his fallen angels. These themes stayed prevalent for a couple of albums during 2002-2008, along with Lovecraftian themes and excerpts from poetry and work by William Blake, Wordsworth and John Keats.

In the late 2000s, we also started integrating themes related to environmentalism and cosmic origin. This felt quite natural since humanity as a whole started becoming more aware of its effect and its place in our world. ‘Rose For The Apocalypse'(2011) dealt quite heavily with topics that refer to our malignant presence and inevitable demise, whereas Sovran 2015 had a more outward reaching subject that strived to question how we became the way we are as a humanity.

‘Under A Godless Veil’ 2020 in some way thematically serves as the conclusion to these past musings and questions from the Gnostic perspective, keeping true to our tendency to musically portray alternate subjects that interest us.

For this record, we wanted something reminiscent of older Draconian. Something with a bit of 90’s Goth nostalgia, but still sophisticated and minimalist enough to fit our personal preferences. We’ve always liked the old logo but felt it wasn’t theme-appropriate for the last couple of albums. I think it was a unanimous ‘hell yes’ to the idea of including the old logo onto our new work.

Most album artwork we’ve seen in recent years has been drawn illustrations and we went that route ourselves with Sovran. This time we craved seeing a simple painting or beautiful emotive photograph to convey the tone of the music.

It was Johan Ericson who stumbled upon a photograph he really liked as a possible cover and it turned out to be by the talented Natalia Drepina. Since I was already a fan of her work, the idea of collaborating with her was like a dream come-true.

She went above and beyond to create more exclusive pieces for us and help visually bring this album and the sound to life. Her work is dark, yet delicate, emotive and feminine. This is exactly what we wanted to reflect in how we present this record and we’re ever-grateful to have been able to have her grace us with the opportunity to join forces.