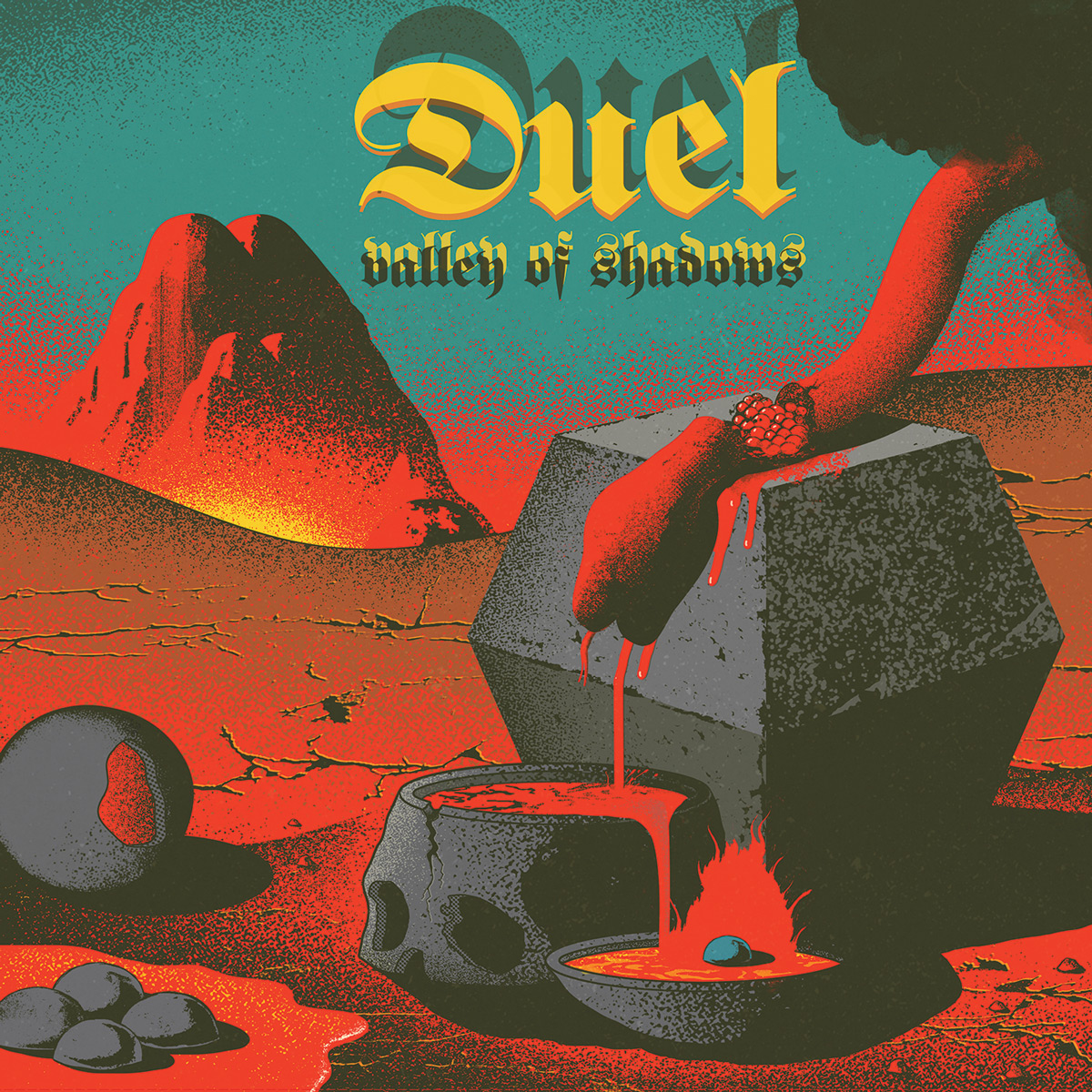 Valley Of Shadows by Tom Frank

Duel has earned a reputation with their beer-soaked high energy live performances, relentless touring, writing and recording schedule. Since 2016 the band have released three albums with a fourth LP ‘Valley of Shadows’ set to be released on Heavy Psych Sounds Records in May of 2019. Duel is about to embark on their sixth extensive European tour once again hitting many of the major festivals that they have in the past. Desert Fest, Freak Valley, Stick and Stone, Black Deer Fest in the UK etc. The band has also stayed extremely busy at home in the United States will two full tours last year hitting many of the Stoner Doom festivals with many more to come in 2019.

I started the band with three other guys from Texas in late 2015. Shortly after we recorded and released our debut ‘Fears of the Dead’ on Heavy Psych Sounds. Our first of many European tours followed. Eventually, all the original line up were replaced due to not being able to do the touring that this band requires Jeff, Shaun and Our original drummer JD did the first four tours and two records. About two years ago we had to replace drummer JD Shadows with our friend Justin Collins and it’s been the four of us since.

We are proud of ‘Valley Of Shadows’. It was recorded just like the others whereby our lead guitarist Jeff Henson at his studio in Texas. We collaborated very closely on this one writing more as a unit than we had in the past. We allowed ourselves more time with this one to focus on the smaller details and put more of a cohesive album than we think we did with the first two records We also feel we took some chances with this one. Getting a bit outside our comfort zone. We were very anxious to see what the response would be. Luckily it’s been really good. We are into old trashy horror films and fantasy from the 70s like Conan the Barbarian etc odd stories from mythology etc. it definitely influences the subject matter of our songs. Metal is as dangerous as pro wrestling is real. It’s art, a work of fiction meant to conjure up the dark and heavy. It’s there for entertainment and to make our lives more interesting. www.facebook.com/DUELTEXAS