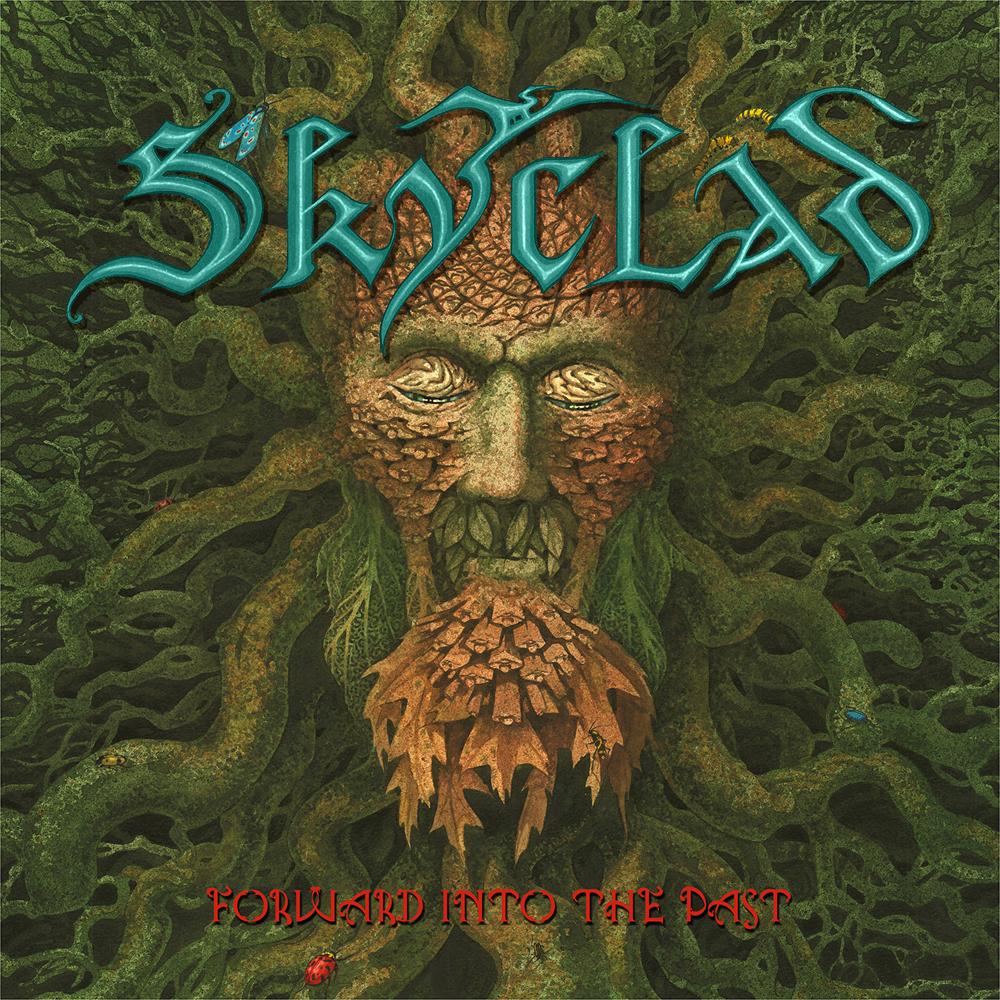 Educated in the happy atmosphere of a Dales comprehensive school. I was terrible at language studies, and in those days you got kicked out of a class you were poor at and given extra classes in something you were good at, so it was ART. I did a foundation at York College of Art, and then gained a BA Honours Degree in Newport, Wales. I got started in the world of rock album covers after contacting Dave Brock of Hawkwind, and I sent him some transparencies of my work. The outcome was ‘Live Chronicles’ album

I mainly use watercolours as I find it an exciting medium to paint with. Also I use a variety of textured papers, some handmade, these do make a difference to how the pigments settle on the surface. Each time I start a painting I feel nervous and excited, as if I am not sure what’s going to happen. I also often use my drawing style, mixed with sunlight refracting through coloured glass. I developed this style as I have also worked on stained glass windows, and loved the way coloured light shimmers around a room and moves with the sun, Mmmmm nice. My passion is with physical media, and I like to have a physical piece of artwork at the end of the process. So brushes and paint, pencils and charcoal, glass and kiln these are my tools.  There is something magical about seeing a painting develop, and having time to let accidental things happen and evolve.

I like to hear what a band feels about the music they are creating, and if possible hear rough demos of tracks , and the titles to songs are important. If a band then let me get on and come up with ideas , I feel that works the best. If I have more of myself invested in the idea, it shows in the finished artwork I think. I am very influenced by the natural world, there is so much going on out there. From beneath the turf we walk upon, to the magic of the universe, some might say it’s awesome , Its all just so interesting and exciting. As I am sat here at the screen, the window in front of me shows the meeting of next door’s roof to the back of our house. The stone slabs they have used (not tiles ) have got ripples upon their surface from an ancient river bed or sea bed, laid down millions of years ago, and I can see that pattern here in 2016 , this is a vision of wonder to me. I find it a potent mix of nature, time and imagination.

I love music, from classical to jazz rock, folk to prog, and rock to heavy metal and often see images while I listen. This helps a lot when I am forming my ideas for a project. To me Music and Art have always gone hand in hand. The first band I saw in the 70s was Blue Oyster Cult at Newcastle City Hall followed by Black Sabbath – the classic line up, and both bands very visual. I love the energy you take away with you when you see a live band.

Now then, when I was at Newport College of Art, I found the ancient Welsh tales titled ‘The Mabinogion’. These were wonderful Celtic tales which included the first stories of King Arthur, and were very different from the classic Victorian Arthurian tales. I fell in love with these stories, but found them difficult to read in the way that they had been laid down on paper. The tales would originally have been told and re-told via the oral tradition, and would have been evolving over decades and centuries before being written down eventually. Often these Celtic symbols run through my artwork were appropriate, it’s a way of me acknowledging the past and taking some of it with me into today. Celtic art often used bird and animal symbols which had special meaning, I often use the Crane, Heron and Egret. The Crane was thought to transform into human form, a messenger of the gods along with other meanings. I settled on the Heron symbol for Skyclad, with its associations with intelligence, independence and longevity.  Medieval  illuminated manuscripts have also been of interest to me visually, I am not religious , but there is a spiritual side to me.

I am constantly seeing things of interest and drawing them, from views across the dales to small segments of lichen , You have to look to see things. There is enough wonder and woe in this world to feed the imagination. I never feel like I have finished something, I always feel like I am just beginning and there’s another idea in what I have just done, its all just constant and ongoing.

I remember one of my first inspirations going right back to a small child, was playing my parents vinyl LP of Grieg’s Peer Gynt, and from start to finish I saw almost a film in my head. And I immediately started drawing. I have always liked that piece of music, its so evocative. Also when I was a child, we had a black and white TV, and on the Children’s Hour programme, it had ‘The Singing Ringing Tree’ which had a strange atmosphere which was magical and worrying both at the same time. (Interestingly it only works in black and white, as I recently saw it in colour and the magic was all gone ). But I still sometimes dream and there is the bear on the grey bridge with the wind blowing and the evil dwarf scurrying about.

I occasionally have exhibitions, not so often these days. One of the first exhibitions I was involved with was the Young Illustrator of the Year exhibition back in 84/85 I had illustrated the Snow Goose book and was chosen as a runner up, so was involved in the exhibition at a gallery in Covent Garden, London. It was this, that started the illustration thing going really, as, Oxford University Press were present and they asked me to give them a call regarding illustration work. q

With the cover of ‘Vintage Whine’ the band had a good idea of what they wanted already and I was given a sketch of a woman bare breasted holding an apple, and the overall feel had to be that of a label for a cheap bottle of wine. The band did have some labels made up and stuck on some wine bottles I was told. I was given the lyrics to ‘Little Miss Take’  which the cover should relate to. So the woman appeared a beauty but could draw you in and change, hence the Medusa character.