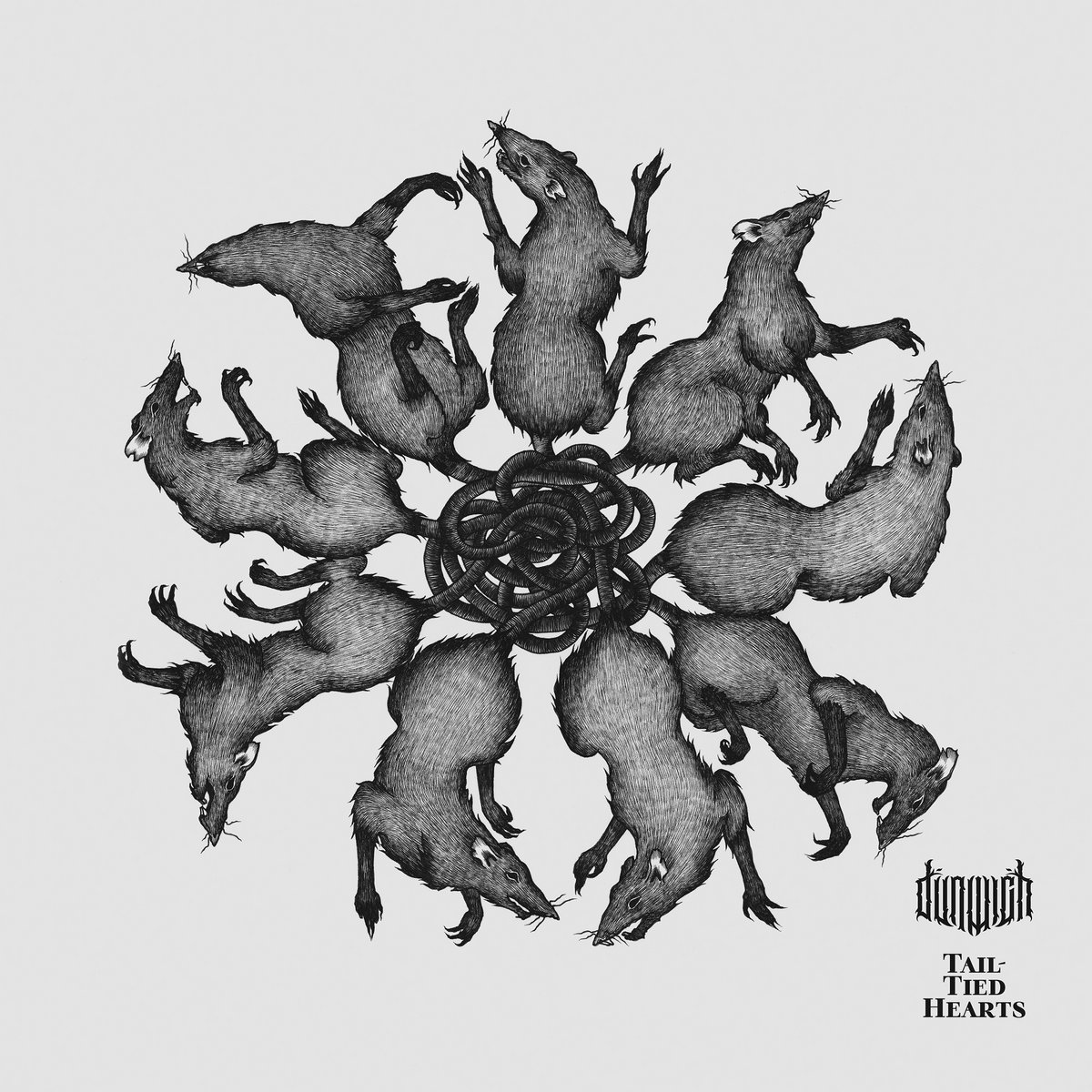 Dunwich is a power-trio hailing from Russia and is one of the most unique and exciting bands Caligari Records has come across in recent years. The label is thrilled to unveil the band’s first recording, a fully realised full-length bearing the enigmatic title ‘Tail-Tied Hearts’. As a trio, Dunwich is undoubtedly a sum of their three parts. To understand each member’s background, given the circumstances for so many calling Russia home, Dunwich, the band, understands Dunwich more fully.

Frontwoman Margarita Dunwich is not only the band’s voice and style; her life consists of heavy music and dark aesthetics. She often advocates style, particularly the influence of her father. He grew up behind the Iron Curtain and picked up new hard rock releases when it was extremely difficult to do so.

Guitarist/organist Anton Bronikov was born into a musical family and, since childhood, attended music school. As an informal teenager in a quiet southern Russian town, he began to appreciate music for rebellion and drive.

Drummer Mikhail Markelov connected himself rather late with the world of music: he sat down on drums for the first time after leaving school. Self-taught, he learned to play diverse styles by accepting that good music is not always associated with the genre.

Together, Dunwich is an attempt to dive into the bottomless ocean of your emotions. This is an unexpected call in the desert of your consciousness. This is a walk through the dark forest of your mind. Dunwich’s goal is to make you look into the abyss of your thoughts. They want to remind you of what you diligently avoid every day; your emotions will say everything for them.

To pinpoint the peculiar magick of ‘‘Tail-Tied Hearts’’ is to undermine Dunwich’s boundary-free artistry. Surely, frayed threads of doom, prog, darkwave, black metal, post-punk, and plenty of other orbiting points exist across and around. But more accurately, each of the eight component songs comprising ‘Tail-Tied Hearts’ exists as its world, its own experience. Yet, all worlds/experiences tied into a greater whole, a much, much greater WHOLE, and one that’s as devouring as it is liberating. And therein lies the paradoxical beauty of Dunwich…

Words fail to do this justice. Hearing is believing, and believing is immersing. Dunwich dares you to enter their ‘Tail-Tied Hearts’.

Anton Bronikov: Initially, we did not come together as a band, but rather as a studio project, to realise our creative ideas in the format of recording and not live shows. We have been preparing our debut album for quite a long time. The material was collected quickly, but the mixing and design of the booklet took a long time. Our album was already being prepared for release when the spring lockdown happened, and the release was postponed for a few more months. Thus, our debut album was released only in September of the 20th year. We’ve accumulated a lot of new material during all these delays, and we’re going to release a new album very soon. However, we don’t know for sure yet whether it will be an LP or an EP. But it will be something interesting, anyway!

HMA: Tell me about the title and some of the important lyrical themes for you?

Margarita Dunwich: I think we should start with «Through The Dense Woods». Human fears are the basis of the lyrics of this song. The primal ones, the main ones, the ones that sit in each of us. Fear of death, fear of the unknown. Life is a dense forest through which we make our way, and behind every tree, there may be a real embodiment of this fear.

The lyrics of ‘Wooden Heart’ tell the story of a girl from Dunwich who fell in love but was abandoned by her lover and sailed into the sea. Out of desperation, she cut out her heart and threw it into the sea. According to legend, her soul still wanders along the seashore, and her heart has turned into a piece of wood, worn out by the waves, which brings grief to anyone who touches it.

‘Mouth of Darkness’ is probably my favourite song from the album. It tells of a great Wild hunt, of a host of evil spirits flying like a whirlwind over the world and foreshadowing its imminent end.

HMA: Do you have a political or religious fixation?

AB: We are not religious people, and questions of religion tend to be perceived only from the point of view of cultural studies. Religion is undoubtedly a part of any world culture. However, in our opinion, it should not control any areas of people’s lives. Sometimes, to emphasise my attitude to religion, I use Jewish/Arabic/Indian folklore expression. For me, it’s just that, no more. I am much more impressed by the boundless universe of human consciousness, the world of human emotionality.

HMA: Would you say that metal, in general, is iconoclastic?

MD: Metal is inherently very strong, independent and uncompromising music. Shocking, not simple, and in most cases far from good. Many people find it obscure and aggressive, frightening. Metal is not music for the masses, especially for its more extreme genres.

AB: In my opinion, any art should have teeth. Toothless art – what could be worse? And metal, in particular, is one of the best examples of “toothy” art. Metal-music in which you can discard unnecessary modesty and boldly speak out on any occasion of interest. Whether it is personal, social, political or religious topics.