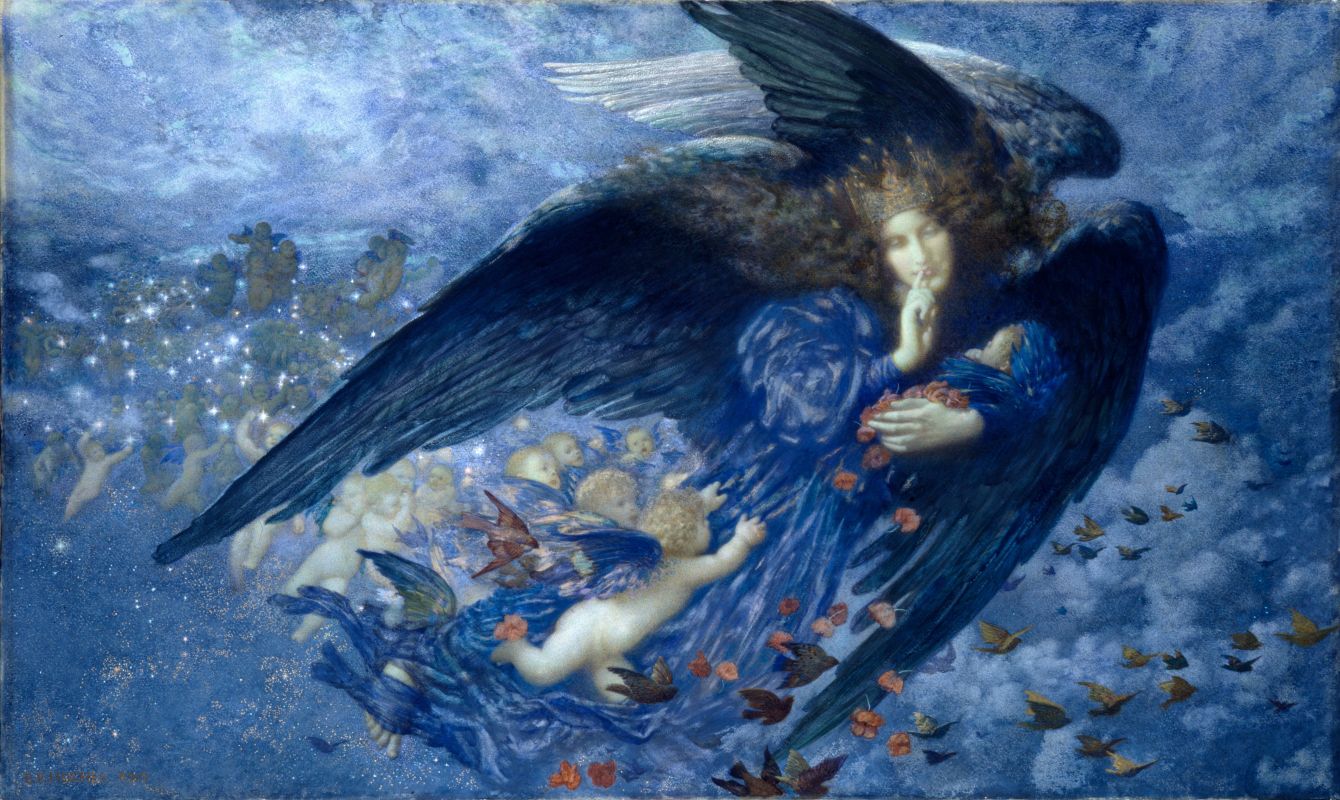 Edward Robert Hughes (1851–1914) was an English painter who worked in a style influenced by Pre-Raphaelitism and Aestheticism. Some of his best known works are Midsummer Eve and Night With Her Train of Stars. Hughes was the nephew of Arthur Hughes. He often used watercolour/gouache. He was elected ARWS in 1891, and chose as his diploma work for election to full membership a mystical piece inspired by a verse by Christina Rossetti’s “Amor Mundi”. He experimented with ambitious techniques and was a perfectionist; he did numerous studies for many of his paintings, some of which turned out to be good enough for exhibition.

For a time, Hughes was an assistant to the elderly William Holman Hunt. He helped the increasingly infirm Hunt with the version of The Light of the World now in St. Paul’s Cathedral and with The Lady of Shalott. He died on 23 April 1914 at his cottage (no. 3 Romeland) in St. Albans, Hertfordshire.