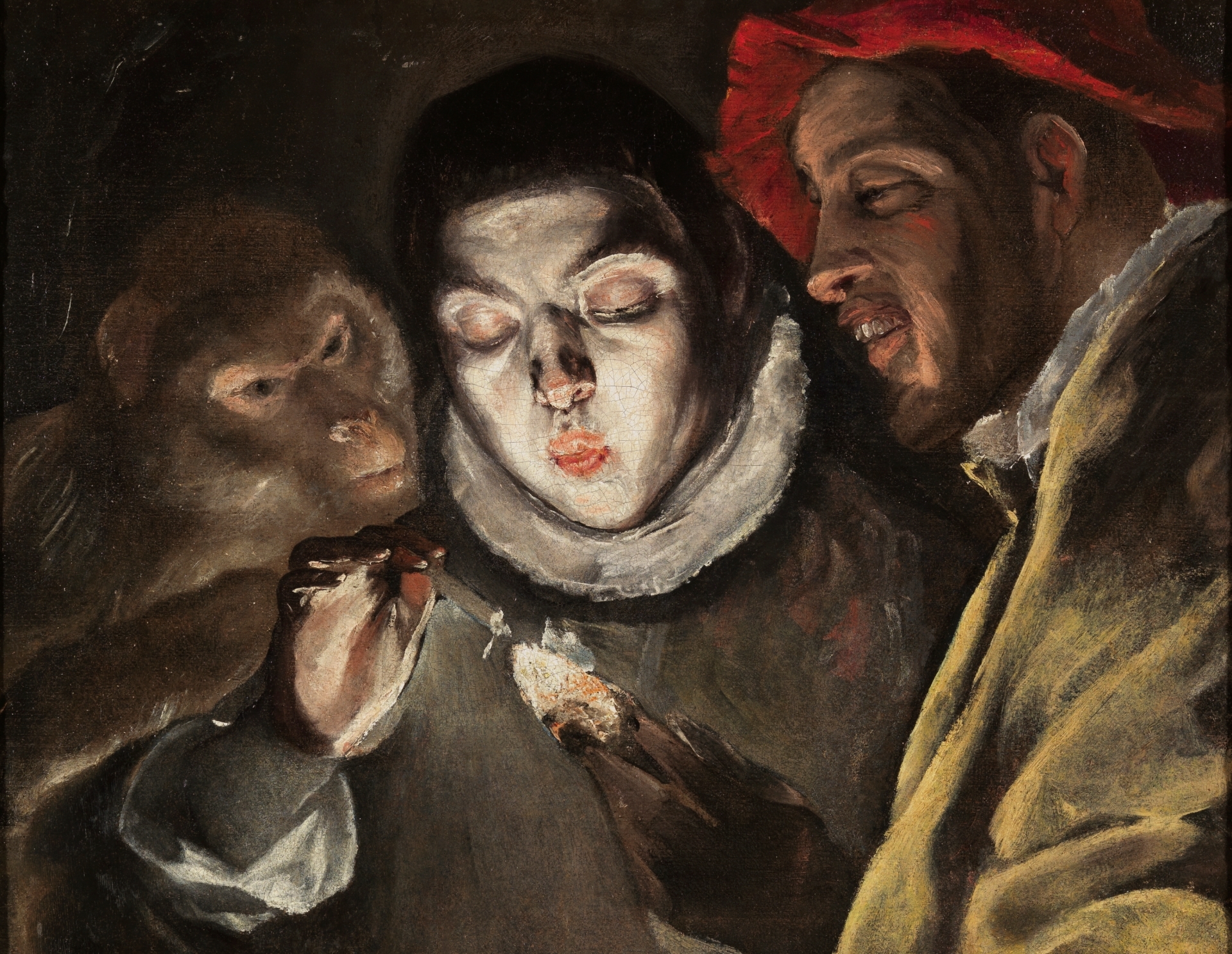 The National Gallery’s once-in-a-lifetime El Greco exhibition closes next Sunday, so this week’s picture is one of the star attractions of the show: Laocoon, which was painted by the artist towards the end of life, in the early 1610s. Like last week’s painting of St Lucy by Francesco del Cossa, this work was once owned by the formidable American collector Samuel H. Kress and after the El Greco exhibition closes in London it will return to its permanent home, the National Gallery of Art in Washington.

El Greco drew the subject of his painting from passages describing the fall of Troy in Virgil’s epic poem The Aeneid. Laocoon appears in Virgil’s narrative as a Trojan priest who warned his fellow citizens against accepting the wooden horse offered to them by the Greeks. The Greeks claimed that the horse was an offering to Minerva, whose temple lay within Troy. While the Trojans were debating the offer, Laocoon was suddenly attacked by two huge snakes, who coiled themselves around him and his two sons. All three died in agony. The Trojans interpreted this as a sign of Minerva’s displeasure (when in fact it was the doing of Apollo, who favoured the Greeks in the battle for Troy), so the gates were opened to the wooden horse, and the city fell.

El Greco was born on the island of Crete, where he learned the rudiments of art before leaving to study in Italy and finally settling in the Spanish city of Toledo in the late 1570s. In Rome he saw a famous classical sculpture of the death of Laocoon and his sons, which had only been dug up in 1506, and which clearly stuck in his memory. In El Greco’s painting, which resembles a vision or hallucination, the tightly knit figures of the classical sculpture have been pulled apart. The energies of the snakes that torment Laocoon and his sons have been transferred to their own pallid, writhing bodies. The standing figure on the right, with his strikingly elongated and sinuous legs, shimmering against the dark background, might almost be metamorphosing into a serpent. The snakes’ victims are too wrapped up in their death agonies to exhibit any emotions other than pain and dread.

The figures observing the scene from the right have been variously identified as Paris and Helen, Adam and Eve, Apollo and Artemis. They are ambiguously painted and if there are indeed only two figures, as many historians have assumed, it seems strange that they should have what appear to be five legs between them. It is possible that El Greco never quite finished this part of the painting (which was still in his studio at his death) and remained undecided whether these figures should number two or three. Whoever they are, their function is presumably to alert the viewer that the scene of Laocoon’s death is to be viewed not merely as a scene from a story, but as matter for solemn contemplation.

El Greco has transposed the setting of the story from the plains of Troy to a hillside overlooking his adopted home town of Toledo. It was common practice to project biblical or mythological scenes into the present day but in this case there is probably an allegorical edge to the device. The erudite co-author of the National Gallery’s catalogue, David Davies, argues that El Greco may have intended his audience to see in the figure of Laocoon a mythological archetype of the Christian priest whose warnings go fatally unheeded. The painter may even have had a specific contemporary priest in mind, namely the cleric Bartolome Carranza, who had been consecrated Archbishop of Toledo in 1558, and had preached vigorously against the sins of heresy – which he even invoked, in one of his sermons, by using the distinctly Trojan simile of “a breach in the walls”. But Carranza was regarded with suspicion by some of his fellow Dominicans and was subsequently accused of heresy himself by the Inquisition, who imprisoned him for seventeen years. He died soon after his release, and his supporters – who included some of El Greco’s most prominent patrons and associates  came to regard him as a maligned religious hero.

Carranza placed great emphasis on spirituality and believed passionately in the value of inner mental prayer, and ideas such as his seem to have played an important part in the shaping of El Greco’s extraordinary style of painting, marked as it is by forms and figures so attenuated and flame-like they seem like emanations of pure spirit. The artist was extremely devout, particularly in his later years, so perhaps he did intend this picture to symbolize the fate that had befallen one of his mentors. The picture also has the character of a warning, direly prophecying the fate that will befall Toledo unless its citizens listen to the words of spiritual truth. The beady-eyed snakes hiss and bite, calling to mind the serpent in the garden of Eden. Dramatic storm clouds swirl in the sky over the city, like a portent of apocalypse.