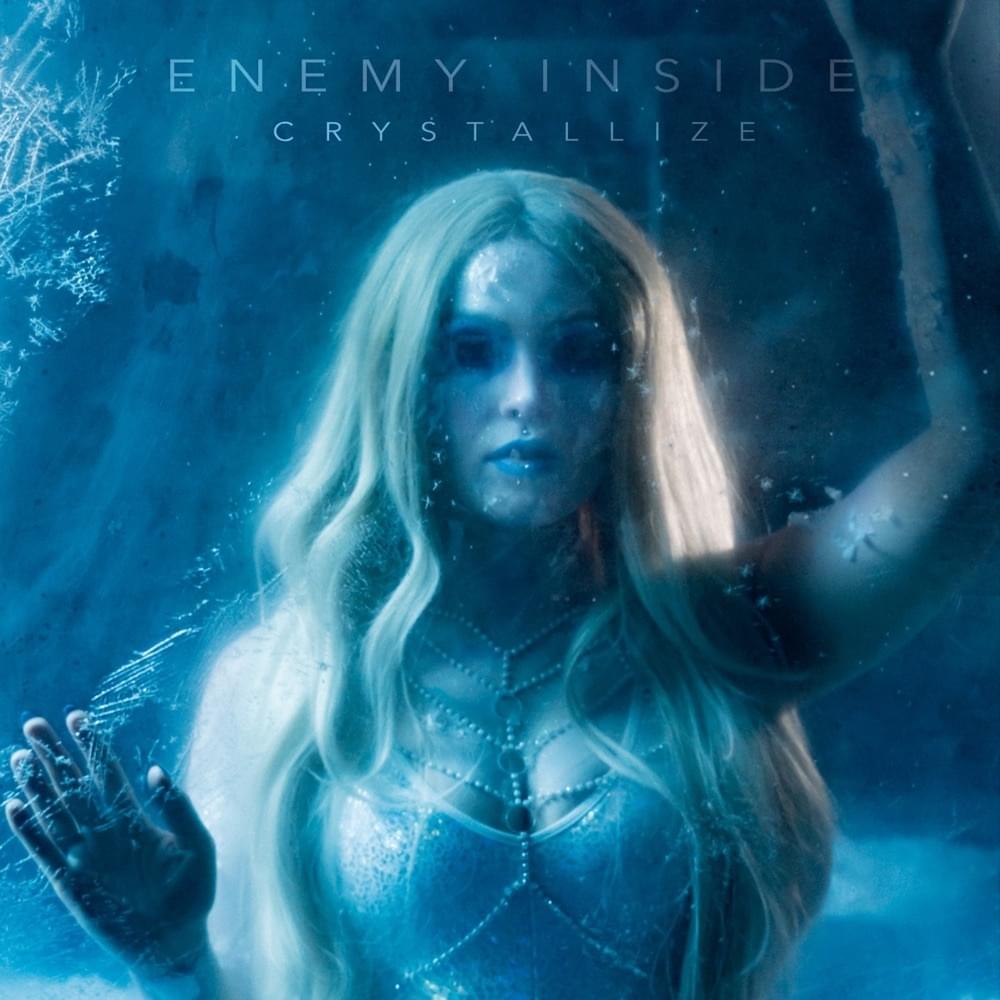 The modern metal band Enemy Inside was formed in 2017 out of Aschaffenburg (DE) through Nastassja Giulia (vocals) and Evan K (guitar). In 2018 their debut album ‘Phoenix’ was released internationally through Rock Of Angels Records. Enemy Inside toured extensively in G.S.A. but also in Spain, the Netherlands, Greece, Bulgaria etc.

After their successful single ‘Crystallize’, released in January and has already reached more than 370,000 streams on Youtube and 130,000 plays on Spotify within a month, the band has released their second single and the accompanying video ‘Alien’. The song is a hymn against intolerance and prejudice in this society, while at the same time, it celebrates diversity and stands for equality no matter how you look, where you come from, what you believe in or who you love. It’s about loving yourself and not letting others bring you down.

‘Crystallize’ is a song about lethargy. We wrote this one in 2019 and played it on our last tour as a teaser for our new music, but I changed a lot of the lyrics right before recording it. When the pandemic happened, I felt even more connected to this song because the whole situation with social distancing and isolation made you feel numb inside. This is precisely how I felt during that time..like being frozen and stuck, unable to do and change something and watching life passing by. It didn’t feel like living anymore, but like hibernating..that’s how I came up with the whole ‘ice theme’.

Nirvana was the band that got me into rock music. I listened to them all day, and my mother bought me a guitar for Christmas and started writing songs. I was a huge Metallica, HIM, Slipknot & Limp Bizkit Fan, and I loved the whole Nu-Metal Era. When I was 12, my mom got me the Marilyn Manson ‘Lest We Forget’ Album for my birthday (I just realised how cool my mom is). Apart from all the mess he is involved in right now, he’s probably one of the artists who have inspired me the most. I couldn’t get enough of his art.

Every moment of your life, every person you meet, every word you say and hear has an impact on who you will be as a person someday. Since I was a child, I’ve always used music/writing as an outlet to get something off of my chest. I had no problem keeping myself busy sitting alone in my room drawing, writing or singing for myself. If I was sad, I wrote about it. If I was angry, I wrote about it. This hasn’t changed till this day. So many of our songs are based on personal experiences; I think the most personal ones are ‘Dark Skies’ and ‘Phoenix’.

I think If you’re a musician, you just CAN’T help it. You just can’t stop doing what you love, even if it’s challenging and exhausting sometimes and even in these strange times where it seems that it doesn’t make sense. For me, there was never another option other than music. And the music we do just comes naturally. We just write what we want to write and don’t think about genre labels. I think labels just limit your creativity.

I was staying up very long and eating poorly. I don’t think this helps, but that’s how most of the writing sessions look. But I can tell you about a strange fetish/OCD Evan has. He doesn’t allow a song to have a rough bpm time. So 100/110/115 bpm is OK. 112 or 113 is forbidden. Even if it sounds better, he wouldn’t admit that 😀