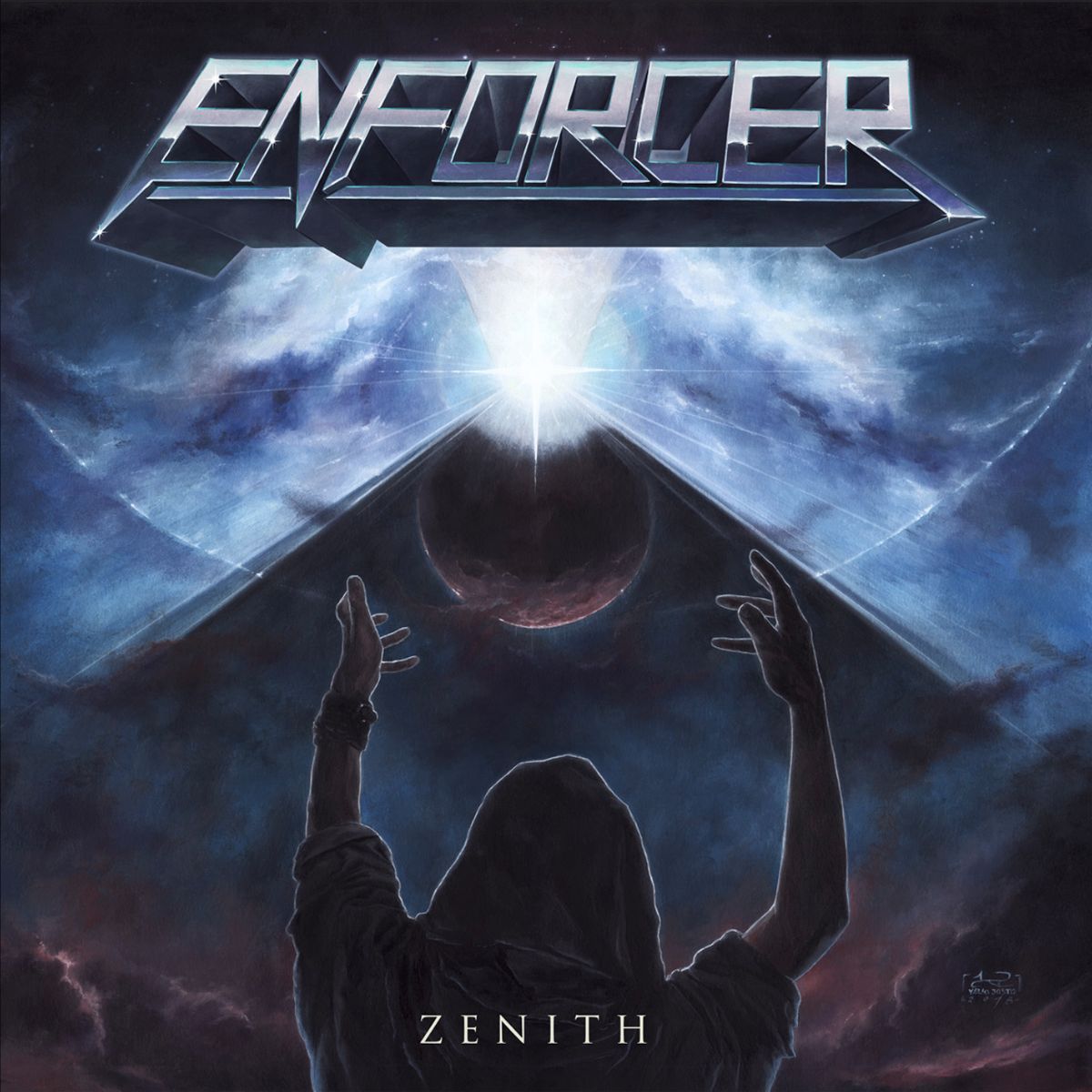 Hello to everyone reading this. I’m Olof, guitar player and vocalist of the Swedish metal band Enforcer. I’ve been into music my entire life more or less, growing up with two parents who have both hugely been into music and played in different bands and constellations. My dad played in a Swedish prog/rock type of band in the late 1970s/early 1980s and released three albums during that period. That obviously had a huge impact on me. So already as a newborn, I followed my mom and dad to shows and tours across Sweden. Then at an age of 4-5 years old and discovering heavy metal, the connection from listening to it to actually playing and writing wasn’t very far. I’ve been into it since the early 90s.

Enforcer has never been a political band or anything like that. I personally find that hugely off-putting. I think our music has to have lyrics that stretch beyond something contemporary and temporary subjects such as politics, our songs and lyrics are supposed to be timeless and forever. I think we have a very broad palette of different subjects that we write lyrics about, with the common theme of darkness. Dark lyrics for dark music; whether its historical themes, personal reflections of different matters or lyrics inspired by books or movies.

We are as active as we can be on the level we are. I wish it could be the only thing I could focus on, but it’s very very hard to make money playing heavy metal these days, especially when you’ve got used to a lifestyle where you don’t have to compromise with anything economically. I also work as a sound engineer doing a lot of record production, mixing and also I do a lot of stuff for Swedish TV.

How do I deal with harsh reviews and if it ever happens? Yes, a lot. But I don’t care. I never cared. We have always been a band who would rather go against trends than follow them. And of course, there will always be people who can’t grasp what we are doing, but that’s their loss. If we were listening to what other people say about our band, we would be the most meaningless and average sounding band ever.