ENSLAVED: Band detailing the artwork for new album ‘In Times’ 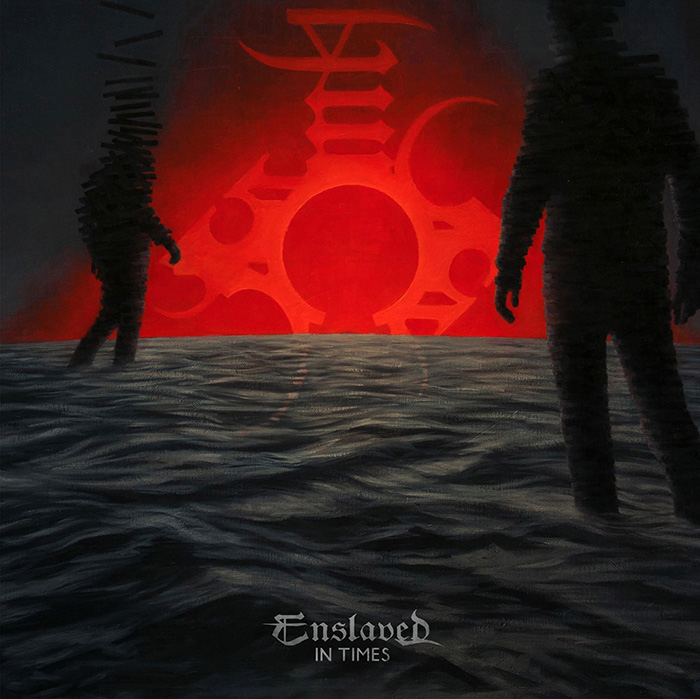 In Times is the title of the thirteenth studio album by Norwegian extreme metallers, ENSLAVED. The hand-painted artwork for the new album was created by long time collaborator and the ‘sixth member of ENSLAVED’, Truls Espedal. The band has just released the first album trailer detailing the development of the artwork.

Truls Espedal states:
“Working with oil paint and a deadline can be somewhat aggravating and I learned that red paint takes really really long to dry! But I almost made the deadline finishing three paintings and layout, all the time with IN TIMES on the stereo. I’ve played the album closer to two hundred times by now, and I find it to be more in every way. It sounds potent and fresh, and the tracks are just fucking inspirational. So, I went for more as well. I wanted the cover to have more atmosphere, starker contrasts and be more subtle yet dramatic. Ivar and Grutle’s concept allowed me to add new elements and be more experimental, without wanting to leave the familiar. It also allowed for more diversity through the cover, especially the vinyl.

The three paintings for this release range from figurative work to very stylised, almost abstract, expanding upon the front cover. The process was also a bit different; more dynamic. A lot of the artwork was improvised, which is not typical me. I enjoyed it. And I feel I’m getting the hang of the oil paint now, so I’m really excited for next time.”

Frontman Grutle Kjellson adds:
“I just love the album cover. I honestly think this is the best artwork I have ever seen. That is of course because Truls has developed the ability to transform me and Ivar’s often surreal concepts and ideas into an actual painting. This painting is the perfect projection of our lyrics, it even extends the written words. This is a picture of mythology, life, death and time. Truls has made a masterpiece, we have made the soundtrack.”

In Times was produced by band members Ivar Bjørnson, Grutle Kjellson & Herbrand Larsen together with Iver Sandøy. Mixing was completed by Jens Bogren at Fascination Street Studios in Örebro, Sweden.