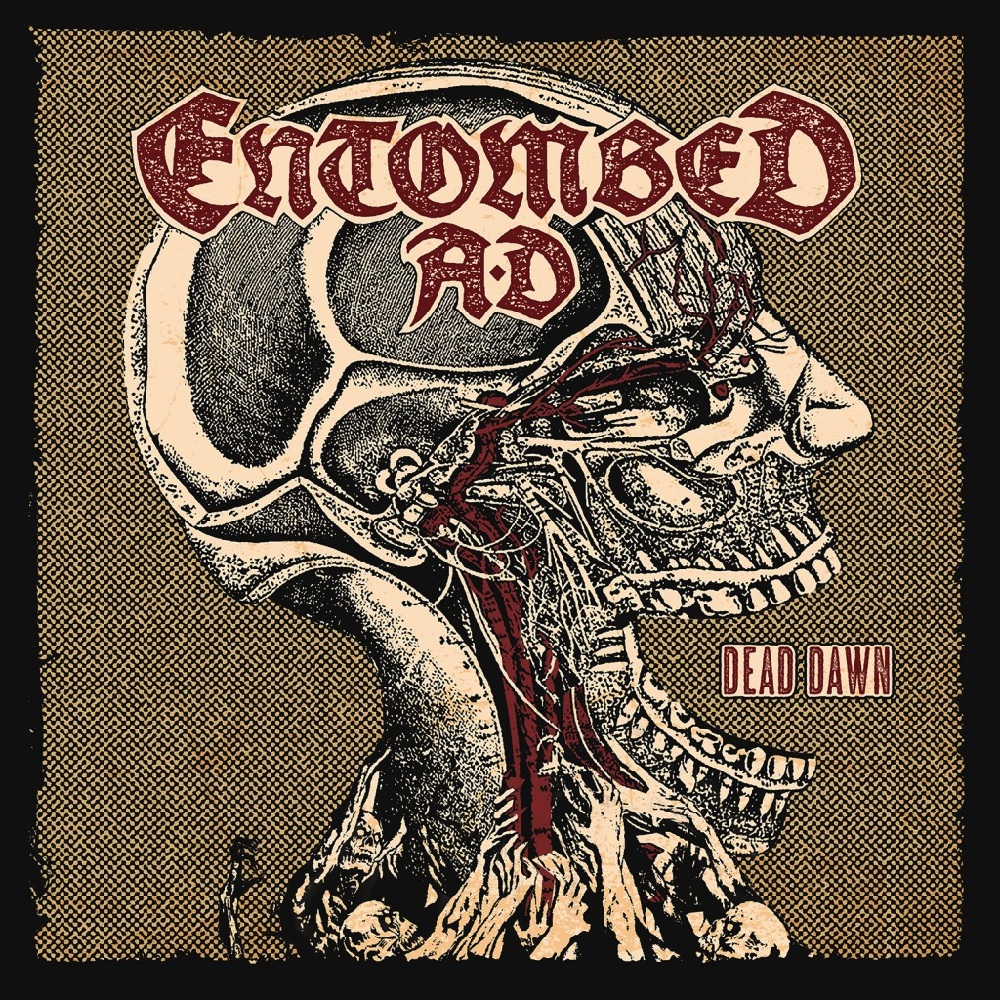 How to open a beer correctly!

Entombed is a band that needs zero introduction and that has dominated the world of heavy metal and death metal music for nearly three decades. Inspiring and influencing a large number of bands, these Swedish metallers are considered among the pioneers of death metal. Entombed have always remained true to their roots even while exploring and experimenting with new sounds. ‘Dead Dawn’ (Century Media, 2016) their latest release is another proof of the band’s commitment to rawness and brutality and is reminiscent of the first Entombed records. They are already working on new material as well as on the new album for the side project FireSpawn a supergroup with Petrov and Victor Brandt plus Friedrik Folkare and Alex Friberg from Unleashed/Necrophobic, and Matte Modin from Dark Funeral/Defleshed/Raised Fist. Not to miss! We caught up once again with legendary frontman LG Petrov to discuss new projects, new material and the Swedish music scene.

HMA: ‘Dead Dawn’ your latest album came out less than a year ago and you have been touring nearly non-stop since we last spoke, did you write the album while on the road or you took time off just to concentrate on the new material?

LG Petrov: It was a while before we released it, but it has been well received and now we’re touring. But we’ve managed to scrape up a new album relatively fast after the last one, we didn’t wait 6 years this time. We used time well and worked hard and used the time to write, we managed time well. Sometimes we did write while on the road but then I just took a month off and just concentrated on the record. And we now have new songs as well.

HMA: ‘Dead Dawn’ is heavier and rawer than ‘Back to the Front’ reminiscing more of the first two Entombed albums, is that the direction you will keep for the upcoming albums?

LGP: Yeah I want to focus on doing good songs first and then more aggressive and faster.

HMA: You worked with a different producer Jacob Hellmer, how did that changed and influenced the record?

LGP: Jakob Hellman, yes. A great guy to work with, and fast and furious. The dynamic of the album didn’t change, not really. He knew where we came from and he didn’t want to drastically change anything, he just wanted to help. In a great way and like an extra ear. He worked with Rammstein before so he knows. He was really working fast. He was excellent but professional.

HMA: The album artwork was done by Erik Danielsson, how did this collaboration happen?

LGP: We are good friends so it was a simple question of we asked him and he did it. He’s a great guy and he likes to draw things and stuff like this, so he came up with an idea. Things can be easy, we over complicate everything and the secret is that it doesn’t have to be complicated you know, just go for it. When we record an album too is the same, “if it sounds good, take it.” You can dwell on a song for thousands of years and it will never be ready. So if it sounds good, press Rec, let’s do it, and then go further.

HMA: What is something that you have learned being in a band for so many years, some advice you can pass along?

LGP: How to open a beer correctly! That’s about it. It’s just more and more lyrics that you have to remember and you have to expand your mind which doesn’t happen too often. As for the advice, it would be to just keep on doing what you’re doing and don’t expect overnight success. It can take 25 years and still not be there. Keep on what you’re doing and don’t give up.

HMA: Are you still in touch and active with the rock & metal scene in Sweden? Do you follow new bands?

LGP: Yeah, there are millions of bands and once in a while it pops up a band that you think is really cool, which I can’t say right now but you know. There are always bands coming up and down and stuff like this. But sometimes you just shut it out and you start listening to the old structure again, where your safe points are. But don’t actively search for music. When it comes to you and it’s good then it’s like yes.

HMA: Do you actually think that there is new blood in metal?

LGP: I would say it’s the same blood just with new blood injected, the blood bus is coming with it. We actually have something new, a side project is called Firespawn thing, and is me and Victor. Have you heard it? We’ve released an album and now we’re working on one more. It is basically me, Victor (Brandt) the guy from Unleashed and Alex from Necrophobic, and Matte Modin from Dark Funeral and Raised Fist. I’ll send you the link

HMA: What is a typical Lars Petrov day, how do you unwind when you are not touring or writing music?

LGP: Me and Olle here, we are walking together, we have around that we go exercise with a training station and all, after the workout, we go to the bar afterwards. Always. But we’ve been doing it a lot. A lot actually. Then we go to the bars, we hang out and make new songs and stuff, is good.