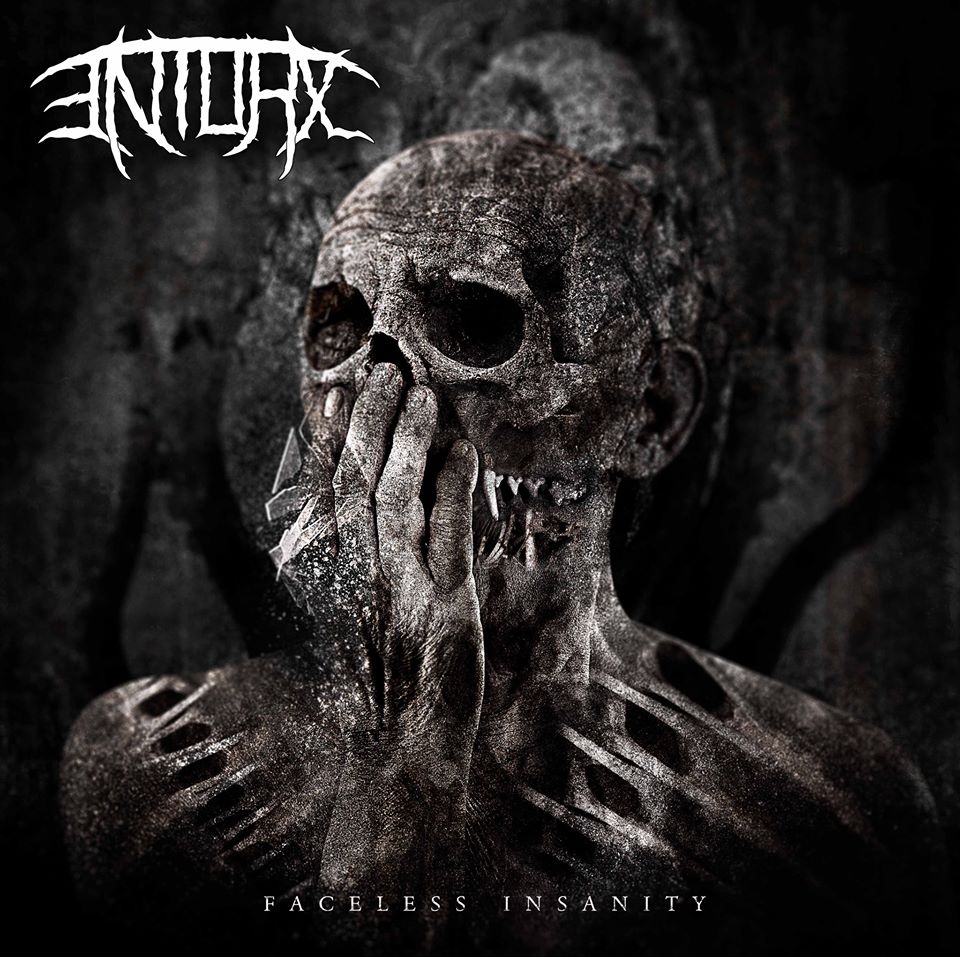 Since 2009, Entorx, provide rough, atmospheric and complex death, thrash metal; with a blend of Progressive music. Pushing and playful drums collide with mighty walls of guitars, which are underpinned by driving and highly variable bass compositions. René’s bloodcurdling vocals cap it all while seamlessly changing to impressive clean vocals. In 2020, Entorx planned to increase its range massively. Their previously released EP ‘Theta Waves’ and LP ‘Broken Ways’ are highly praised: a more than solid foundation is already pounded. Also, they are known for their energetic and precise live performances. After tightening the screws creating a new album for a few years, Entorx is ready for the next level(s). Their forthcoming and highly anticipated album ‘Faceless Insanity’ is a very dark and aggressive brew, simultaneously more playful than its highly praised predecessor ‘Broken Ways’. The band‘s more demanding technical and bleak arrangements are an absolute pleasure for fans of bands like Darkane, Revocation, Opeth, Gojira and Hate!

Hello Alex, thank you for the interview, and I hope you have had a good start in the new year. We are all longstanding metalheads with a wide variety of backgrounds. Our big intersection is metal with musical demands and arcs of tension. My backgrounds are mainly in (more progressive) Thrash and Black Metal, with Death Metal at the forefront. Others are more into Doom, others more technical, others love everything in this genre. Many of us also have preferences outside of metal. (I like some hip hop albums, as well as classical and jazz). The songwriting department draws on all that we have with us. You could say it like this, and we hope that you can guess it after listening to ‘Faceless Insanity” and our previous works ‘Theta Waves” and ‘Broken Ways”.

Our main songwriter Bogdan started writing straight after our last LP ‘Broken Ways”, 2013. A lot of stuff happened in the last seven years; the line up changed a lot, songs were in discussion, details added etc. First, try to record the album that started in 2017, but well, the songs didn’t feel like ‘ready” or ‘finished”. All songs in its base were written by Bogdan yet. All arrangements were worked out and tried by the band. We worked on the songs until the end of 2018, thought them through and already tested a few “live” in front of the audience. Most of them worked great; some of them were finished last minute. A handful of solos were finalised or even written during the recording process. In the end, you can say that it was a very lengthy and challenging process to complete the album. Of course, it was veeeeery satisfying to hold the final product in your hands.

Some of us and also me are very perfectionist. Another reason why our album was close to seven years in the making and why we cancelled 2017 our first studio “audition”. In my opinion, this has to be an essential part of a band that wants to create something special. Everything created by us undergoes extensive checks until we have the feeling from our side and are convinced that we have made the most of what we can.

Is metal the music for a secular world? People are more likely to find each other in many ways. But that’s precisely what I see with other genres. In the end, metal speaks a language, but there will always be someone somewhere who steps out of line and only sees “their music” as “the real thing”. In metal there are a lot of “elitists” who see it that way. I think music is a religion for itself, though it is talking about religions sometimes. So do we in ‘Hypocritical Faith’. Here, we criticize the instrumentalization by religion, but not religion per se. We received feedback from a wide range of faiths: Almost everyone recognized the message and affirmed the text as “correct”. We are all humans and should never lose this fact! We are all one family, also in a musical way. The only important thing for me is that I went to a Cypress Hill concert in 2018, with my hair down and a Bloodbath shirt. Or at Biohazard, 2012, when a lot of different musical cultures met and celebrated together. We are all the same, and maybe it is metal that genre that proves the most.

Music is very important to us as a band and has been a constant companion for many, many years. Many of us listen to music in all its diversity, which is perhaps the reason why our music seems a bit more diverse, but at the same time ordered. It is important to us that the song can trigger something in you. No slouch, the utmost care. Especially with “Faceless Insanity” the long time of songwriting has paid off: There have been new details over the years, arrangements have been adjusted. So our music is extremely important to us. At the same time we want to denounce grievances. In the end it remains music and it is important to us that the people in front of the stage, buyers, streamers and whoever else can go to our music, regardless of whether they are celebrating the message of the song or just the music. That drives us!