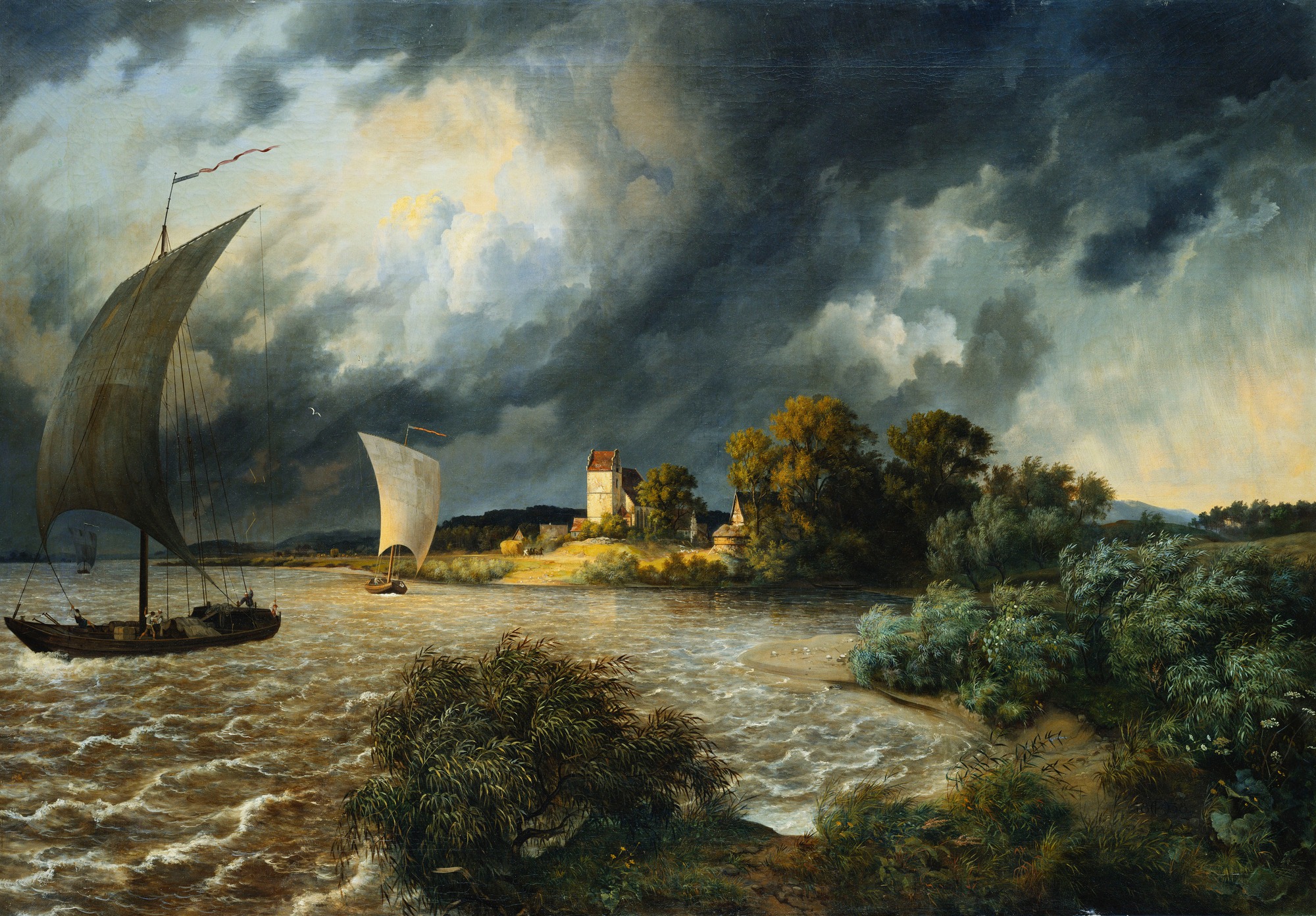 Portrait of the painter Ernst Ferdinand Oehme. Painting by Johann Karl Ulrich Baehr . Ernst Ferdinand Oehme (* 23 April 1797 in Dresden , † 10 April 1855 ) was a of the German Romantic attributable painter. After he was self-taught beginnings in 1819 at the Dresden Art Academy and received in the same year students of the Norwegian painter Johan Christian Clausen Dahl , who had settled on the Copenhagen study in Dresden. Dahl made Oehme with his friend Caspar David Friedrich known. Along with Frederick student Johann August Heinrich Oehme was devoted to the study and experience of nature in the area of Dresden, especially the Saxon Switzerland . One result of this was the work of the forest interior.

Oehme surprised at the 1821 Academy exhibition with the painting Cathedral in winter. The work represents monks who go through the snow of the winter night in a church in the Gothic style – towards a candlelit altar. The impact is felt in Frederick this issue (see Abbey in the Oak Forest 1809/10). Since the 1830s sparked years Oehme from Friedrichs model and devoted himself to a landscape picture which is more realistic and less pronounced loaded symbolism. His son Ernst Erwin was also a painter. Oehme died 1855 in Dresden, his grave is located on the Old Anne Cemetery in Dresden Südvorstadt .