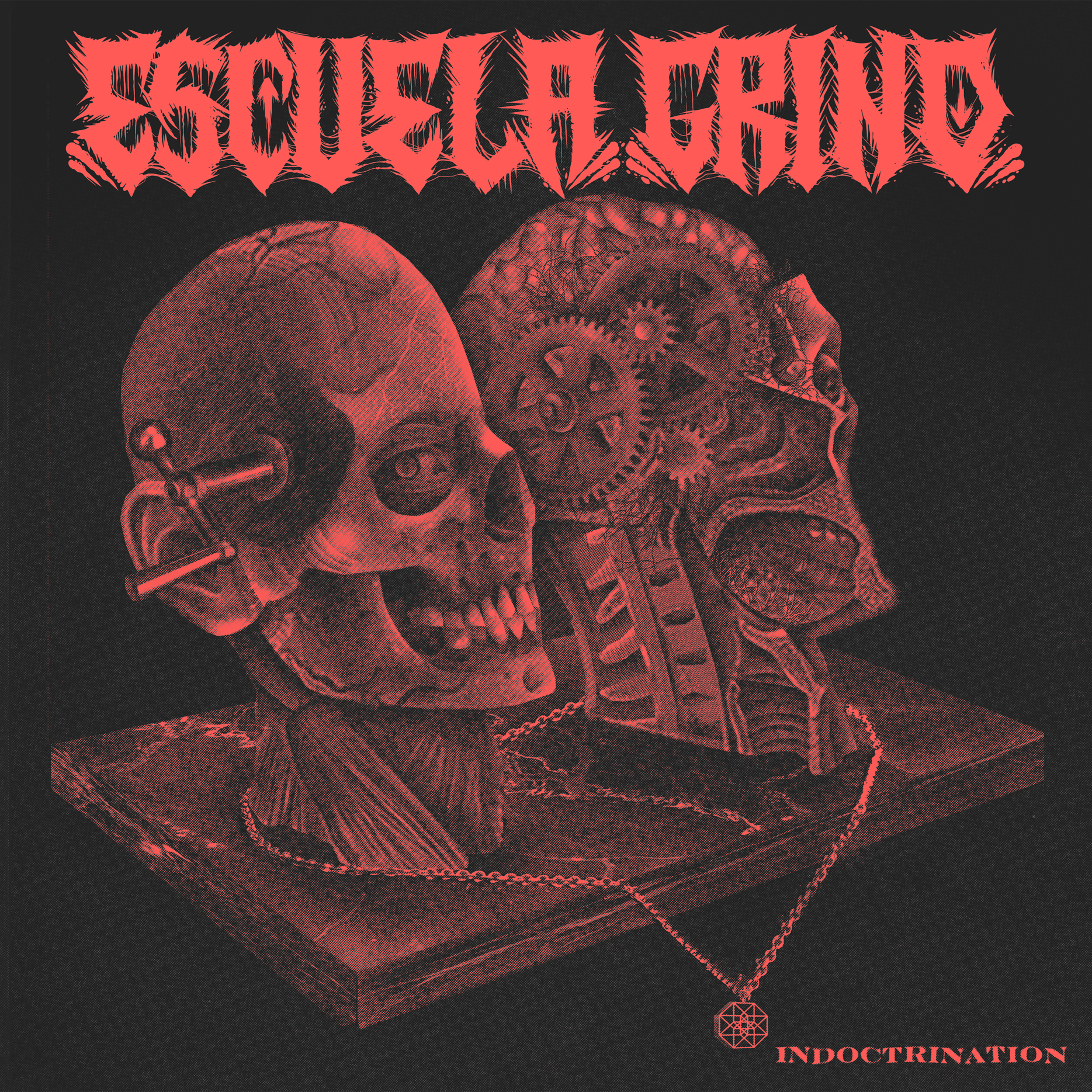 Through punishingly short and dynamic songs, Escuela Grind delivers politically charged lyrics inspired by modern anxieties, unrest, and the roots of Hardcore Punk, Grindcore, and Power Violence. While members Katerina Economou, Jesse Fuentes (Kill the Client, Creator|Destroyer), and Kris Morash (Your Brain on Drugs) span from different parts of the United States, the band has been based in Upstate New York and Western Massachusetts since its first shows in 2016.

The album you’re featuring is our debut full-length ‘Indoctrination’, which we released on March 20th, 2020 (the first day of Coronavirus lockdown in our state). The band’s core members wrote the album over a year of intensive touring, and our drummer Jesse recorded it in our home studio.

Each song was written individually from a collection of frantic notes taken by our vocalist from myriad sources. Crime, injustice, personal memories, fears all are included in the lyrics. The title ‘Indoctrination’ came from the common thread we saw between all of the songs and encapsulates the anxieties felt when releasing this album. We don’t have a specific label to put on ourselves. I think our social politics are pretty obvious on this record and in our actions.

The artist used physical collage to create the basis of the cover art. We wanted something straightforward and philosophical as well as political. It’s a classical bust or maybe a jack-in-the-box, with a split skull that reveals gears and mechanisms. A necklace contains the two halves with the “tesseract” symbol, a four-dimensional “cube”. It symbolises perception, observation, the connection of the physical world to the spiritual world, the oneness of things, and more. We use the orthogonal tesseract often in our artwork.