Esotericism and the Left Hand Path 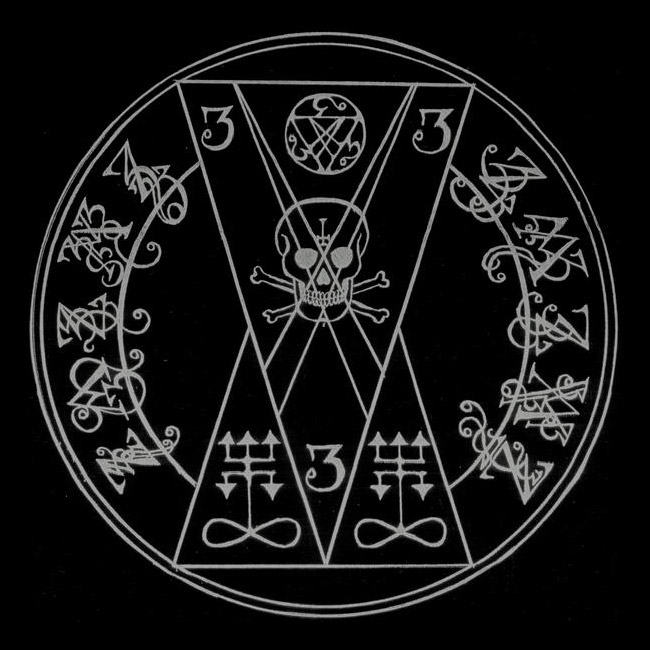 Dragon Rouge often describes itself as an esoteric order exploring esoteric knowledge. What then is esoterism and how is it connected to the left hand path? Antoine Faivre, one of the leading scholars on occult research and esoterism, writes in his book Esoterism that esoterism is not an area like art, philosophy or chemistry, but rather a way of thinking. Faivre explains:

”The diffuse etymological derivation of the word indicates that one can only find the keys to the symbols, myths and reality by individual progression where one reaches illumination step by step, in a hermeneutic way. There is no outmost secret if one believes that all is basically secret”.

Esoterism denotes something inner and mysterious, unlike the exoteric which is the outer form. Christianity with its outer dogmas and ceremonies could be called exoteric, while gnosticism could be viewed as esoteric. In the same way Satanism could be described as exoteric, and the left hand path as esoteric. Faivre presents his explanation for the work esoterism:

”The word esoterism is derived from eso which means ”inside” and ter which leads one to the word opposition. The diffuse etymology of the word have made it elastic and open”

But Faivre believes that six criteria should be fulfilled if one in a fruitful way is to be able to discuss something specifically esoteric (to distinguish it from non esoteric initiations), of which four are primary. The criterias listed are

1) the correspondences,
2) the living nature,
3) conceptions and intermediation.
4) the experience of transmutation, and
5) accordances and
6) transference.

1) The correspondences are the thought of hidden connections between the visible and invisible parts of the universe, in accordance with the hermetic motto ”As above so below”. There are connections between minerals, the human body and the planets etc.

2) The living nature is based on the view of the cosmos as a manifold and hierarchic unity where nature has an important position next to God and man. Nature is permeated with a light or a fire and is rich in potential experiences and should be read as a book. But Faivre means, which is important, that it since the beginning of the 20:th century there has arisen a monistic spiritualism, inspired by eastern mysticism, where nature is left out or even denied.

3) Conceptions and intermediation. Esoterism is separated from mysticism through the emphasize on the regions between the earth level and the divine. Teachings about angels and other entities from these middle regions becomes important in this context, just like thoughts about gurus and initiators. Where mysticism views fantasy as an obstacle, esoterism views it as a possibility. Faivre describes it in a colourful way:

”Understood in this way fantasy (imaginato is related to magnet, magia, imagio) is a tool for those who wishes to reach knowledge about the self, the world and the myth. It is the eye of fire which penetrates the shell of the outer appearance to make the true significations appear, and uncovers the ”connections” which makes the invisible visible

to expand our mundane seeing; the ”mundus imaginalis” to which the mundane eye of flesh has no access”.

To these four basic components of esoterism can be added two relative components:

5) There are accordances between the different religions and teachings, and it is possible to find common denominators to unite them.

6) Transference. The knowledge can or must be transferred from teacher to student according to a given pattern, often through initiations. The conditions of this ”second birth” is that a) the teachings are respected and not questioned, since one wishes to be a part of this tradition, and b) that the initiation is supervised by a teacher or master.

Faivre ?s definition of esoterism corresponds to the draconian philosophy of Dragon Rouge. Correspondences are the basis of ritual magic and for the practice of the left hand path. The first of the ”Five elementary draconian principles” is: All is one. This is an alchemical formula which in alchemistical symbols can be found next to Ouroboros- symbols: pictures of dragons or serpents biting their tails. The formula is in Greek En to pan and is pivotal in alchemistic and hermetic philosophy. In the system of the left hand path this formula is interpreted as the divine fire is found in man as a reflection of the divine force outside us. In draconian terms this is called the outer and the inner dragon. This corresponds to the tantric thought of brahman/parakundalini which exists inside man as the atman/shaktikundalini. It also corresponds to the Luciferian light or the Promethean flame which can turn men into gods if it is found inside. Man and his soul corresponds to principles in the universe outside us.

In draconian philosophy the thought about the living nature is important since this philosophy turns against an atomistic and materialistic view of man and nature. Especially in old norse and celtic magic can we found the dragon as a symbol of the spirit of nature. But also in the chinese tradition of Feng Shui. All esoteric knowledge exits in nature, but is hidden from the civilized modern man. The tree of knowledge is more than a metaphor.

The middle levels that Faivre mentions are represents the astral worlds and the different levels that the magician passes during the alchemical initiation. The magical system of Dragon Rouge is an initiatoric system where the magician gradually enters certain levels. Since the goal is not to become one with God, the path towards the divine is an important process to learn how to control the divine fire.

The last criteria of Faivre is the perhaps most important aspect of the alchemical initiation process of Dragon Rouge. The transformation from our human nature to a godlike nature is the goal of the left hand path. Unlike many satanists or theories in New Age, Dragon Rouge does not believe that man is already godlike and simply has to recognize this. We must use the dark forces to and the qliphotic principles to break down and build up ourselves again, until we have the ability to give birth to ourselves as gods. We are transmuted from being creations of the past to becoming creators of the future.

The two latter criterias of Faivre corresponds to a certain degree to the philosophy of Dragon Rouge. There are principles in different dark traditions that corresponds to each

other and which makes eclectic studies fruitful. Oden, Shiva, Hermes and Lucifer can be compared and one can find corresponding aspects. The last criteria of Faivre about initiation and transference has a more individualistic and dynamic expression in Dragon Rouge.

The sociologist, Edward E. Tiryakian coined a classical definition of esoterism. He defines esoterism as the belief system or theoretic knowledge that the practices of occultism are founded on. Occultism is the practice and the esoterism is the theory. Tiryakian writes:

”By esoteric I refer to those religiophilosophic belief systems which underlie occult techniques and practices. that is, it refers to the more comprehensive cognitive mappings of nature and cosmos, the epistemological and ontological reflections of ultimate reality, which mappings constitute a a stock of knowledge that provides the ground for occult procedures”

Faivre accepted Tiryakians use of the terms, but have pointed out that they include certain limitations since there are practical sides of esoterism and theoretic side of occultism.

Magi refers to a practice and can correspond to the term occultism as defined by Teryakian. When the term magic begun to be defined scientifically the magic was often viewed as a pseudo science or a pre-science. The two first writers who defined the term magic and were to gain any influence were Edward Burnett Taylor and James Frazer. Both writers viewed magic as a false and primitive science. Frazer divided the so called sympathetic magic in two categories: the homeopathic which works through touch and the imitative which is based on the conception that like attracts like. In many magical environments Aleister Crowleys definition of magic is accepted. According to Crowley: ”Magic is the science and art of causing change to occur in accordance with will”. This is a definition that is also used in Dragon Rouge. Dragon Rouge views magic as a practical philosophy of the will which enables the progression of the individual and a knowledge about the hidden.