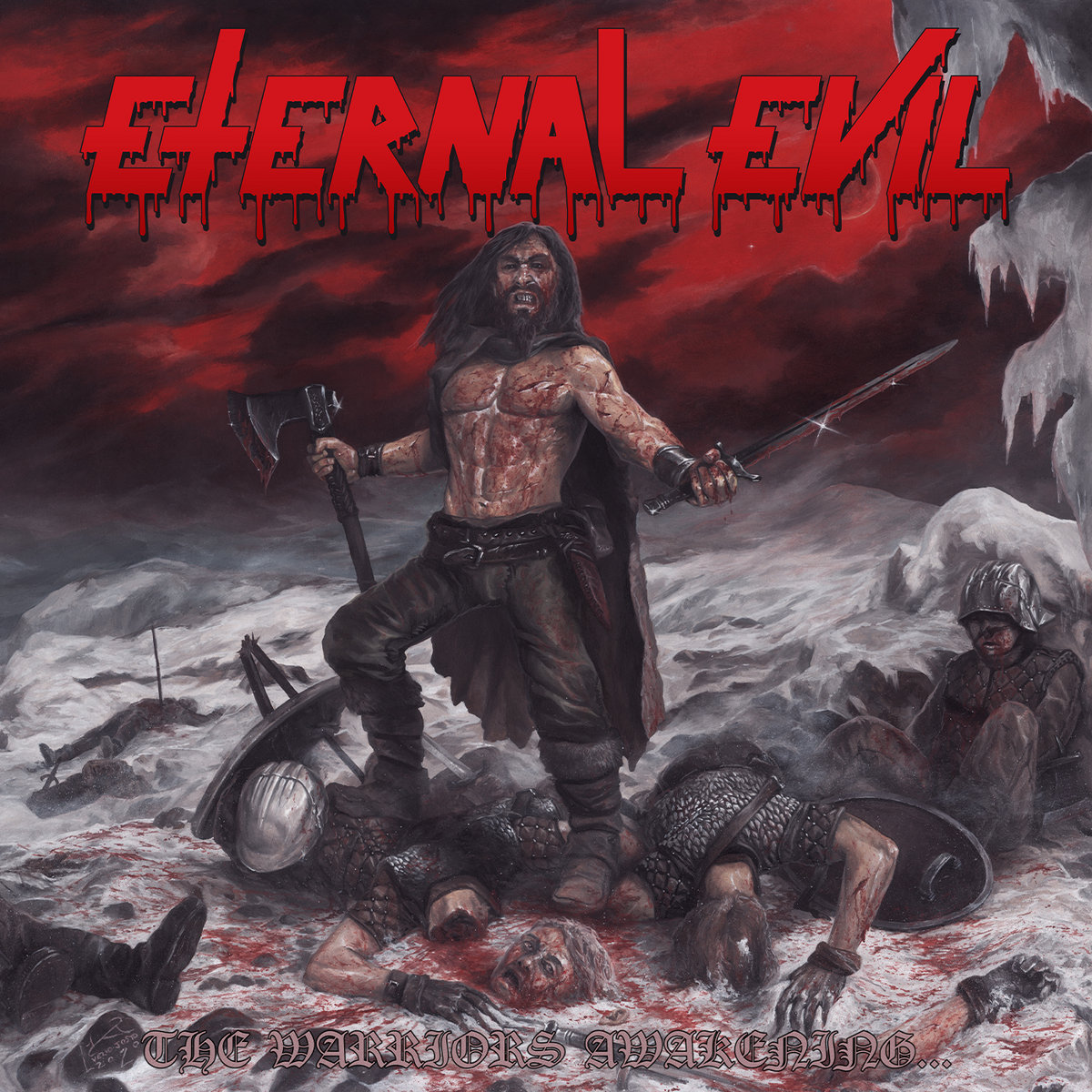 The Warriors Awakening Brings the Unholy Slaughter with Eternal Evil.

Our new record varies a lot in music because most of the tracks were either on earlier releases or written after our demo. Usually, I come up with all the riffs, and we jam them in our rehearsal room, and other times another member does the same thing, and it turns into a new song, so I would say that it comes naturally.

The mindset we had while recording was to get everything perfect. I think that the ideal time to make a record is probably when you have promoted it enough. After our European tour, we will probably start writing our second record, probably in summer.

I have a lot of spiritual beliefs, but that’s personal, and I do not mix it with music; I see music as a pleasure that I do every day. I grew up on the classics like Maiden, Ozzy and priest, but the more extreme I have gotten into myself. For me, it’s really important since it is my life, it does not just note its a way of living in my opinion, but others see it in other ways.