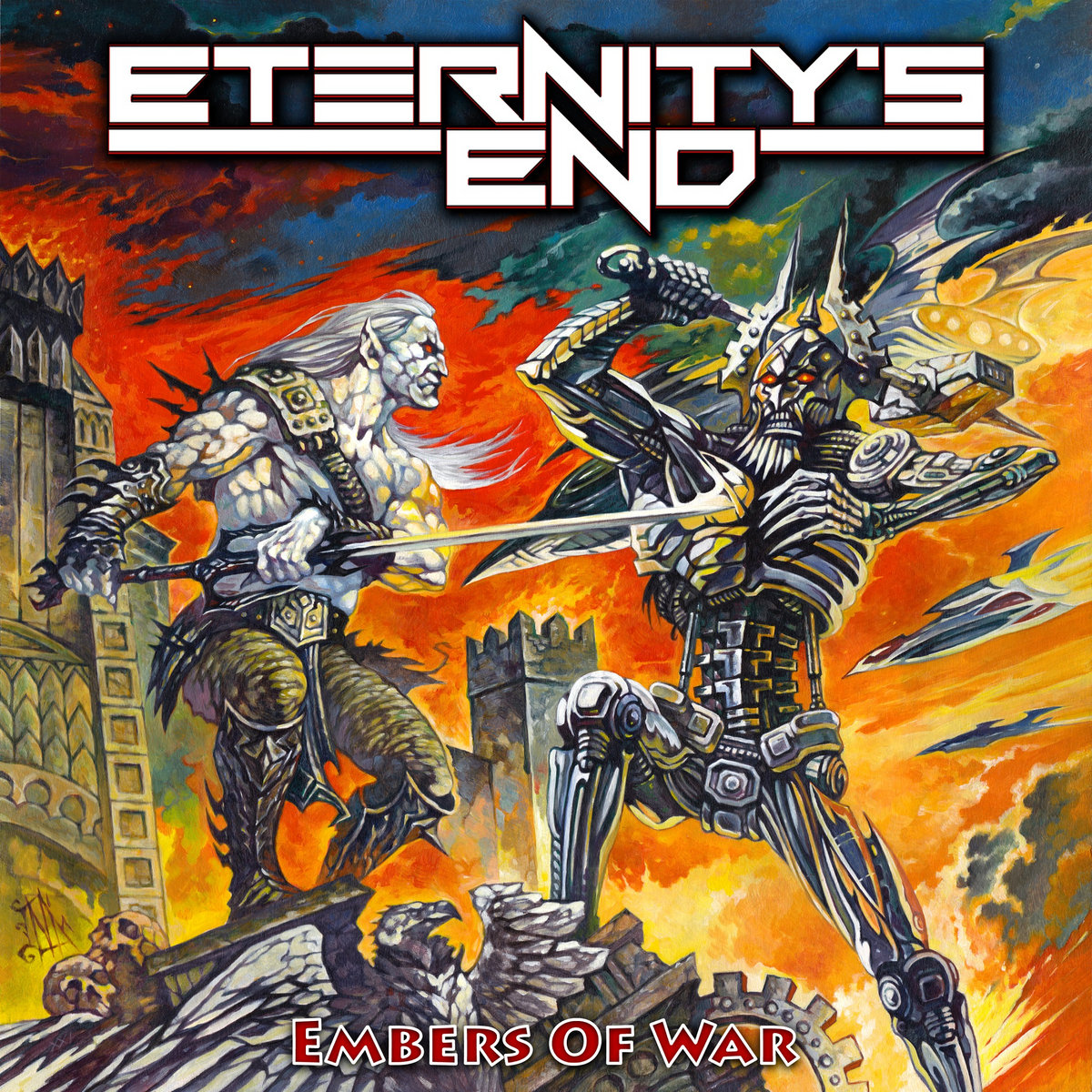 Embers Of War with Christian Muenzner

Embers Of War is our third album and, in my opinion, the album where we truly cemented our unique style. It is a little bit closer to classic 80s German, US speed and heavy metal than the first two albums, and we completely dialled back the more symphonic elements – except for the choirs. I wrote the music, vocal melodies and lyrics for this album all on my own as there was a lineup change during the songwriting. But, of course, every member brings their unique touch and style to make the songs and the sound of the band what they are. This is also the first album featuring our new 2nd guitarist Justin Hombach.

I don’t force anything and mostly wait until inspiration hits. I often just brainstorm ideas with my guitar and my laptop. When I find an idea that is very strong, I limit certain parameters like the key and the tempo of it and brainstorm additional ideas. Even though most of it is thrown away afterwards, you end up with enough really good ideas when you keep doing it. When I find the first very strong idea, whether it’s a riff, a chorus melody or whatever, the rest of the song writes itself very easily around that. This time I wrote 11 songs, of which we chose only 8 to make the album more coherent within less than a year. When I felt the creativity flowing that way, I decided it was time to make a new album.

I think about these things a lot and spend a lot of time reading. I studied the bible, but I was also interested in Satanism for a while, which ultimately led me to discover Ayn Rand. I was an objectivist for quite some time, but while some of her ideas still resonate with me, I found them to be a little too simplistic over the years and think that she lacked a deeper understanding of the human psyche. I find a lot of truth that resonates with me in the works of Carl Jung, Friedrich Nietzsche and Fjodor Dostojewski because they played out those existential questions until the end. I believe there is an important spiritual element to life, and it is arrogant to overlook that in favour of scientism. There are deeper ethical and moral questions and problems which science can not solve. You do not have to believe in God in a Christian sense, but I find a purely scientific and materialistic worldview lacking our existence’s deeper and more important aspects.

When I was a kid, I was totally into Masters of the Universe toys and the series, so I think that was the first thing that opened up my mind to the 80’s aesthetics of Heavy Metal. But the first time I really noticed electric guitar music and that it really grabbed me was when I was nine years old and the album The Razor’s Edge by AC/DC came out. From the moment that I heard the opening lick of Thunderstruck, I was forever drawn to the world of Heavy Metal and Hard Rock. The decision to play the guitar came after I had seen Iron Maiden in concert in 1993. The next life-changing moment was when my guitar teacher introduced me to Yngwie Malmsteen by giving me a copy of the Fire And Ice album. From that moment on, I dedicated my life to practising the guitar. Other turning points that made me get more serious about it were a Paul Gilbert guitar clinique that I saw in 1995, and Tony MacAlpine live in concert in 1997 and Manowar on the Louder Than Hell tour.

I think music has the potential to be a spiritual experience and reach the human soul on a fundamental level. I think there is no other art form that can evoke emotions of the same kind and also inspire the human imagination in the same way. It may just be entertainment for some, and ultimately as musicians, we are entertainers, but I see music mostly as a way of connecting with people.