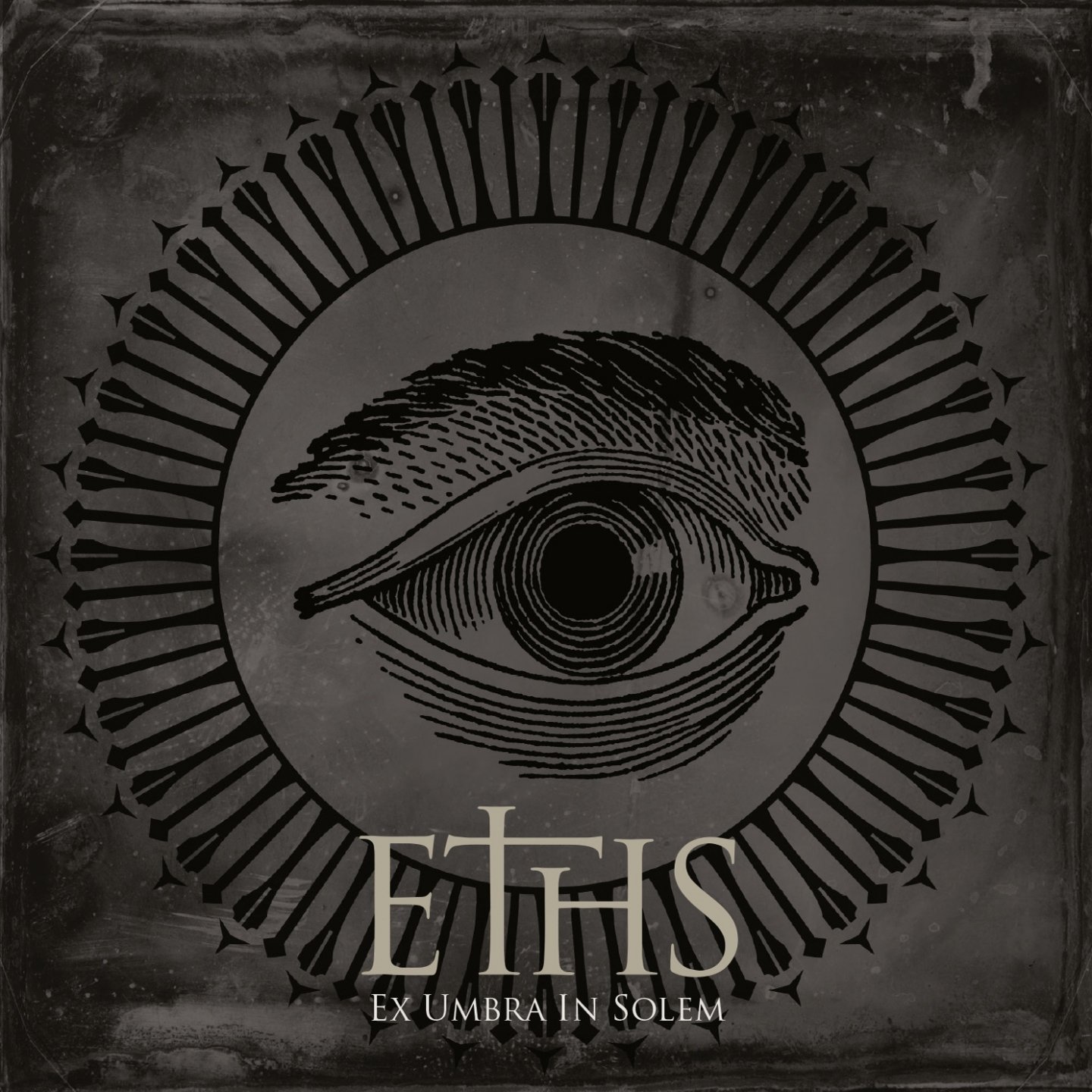 In conversation with France got talent Eths

In their native France ETHS are superstars. The quintet from Marseilles has graced about every music magazine cover in their home country. Their success story began with the release of two EPs, which spread like wildfire and gained the young band cult status. “Autopsie” came out in the year 2000 and the raw emotionality of singer Candice Clot on top of a raging mixture of Metal and Core captured the immediate interest of their rapidly growing following and critics alike. Its explosive successor “Samantha” (2002) added fuel to the fire. Even without a full-length out, ETHS had to start performing on top of the billings by popular demand. Now Season of Mist is proud to re-issue these two milestones of French Metal with the addition of four previously unreleased bonus tracks.

This follows the highly successful re-release of ETHS’ first full-length “Soma” (2004) in May 2012, which also included four then-unpublished exclusive bonus tracks from the demo sessions to satisfy the continued high demand for this album. When “Sôma” originally hit the stores it became an overnight success and catapulted the quintet from Marseilles not only on the covers of nearly every music magazine in France, but also outsold established metal headliners like CHILDREN OF BODOM or CRADLE OF FILTH there. The pure undiluted energy and anger bursting out from “Soma” once more driven by the stunning vocals of singer Candice made this debut an instant classic.

With follow-up “Tératologie” (2008), ETHS demonstrated their experience and maturity grown out of playing hundreds of show. This album saw the band begin to tour more abroad and gain fans all over Europe. Hailing from an ancient Mediterranean harbour town, it should be no surprise that ETHS adapted a musical style resembling a vital melting pot of Core, post-Korn Metal, orchestral and electronic elements and more that seemingly effortlessly merge into organic, hard and still very catchy songs. At the front of the band, live and on record stood singer Candice, easily mistaken to be responsible only for her honey-sweet angelic vocals. Wrong, as the dark haired beauty unleashes brutal growls, fierce rasps and venomous hissing no less impressively.

Having thoroughly conquered their native homelands, ETHS were ready for the next step. With their catchy third effort “III”, the Marseillais aimed beyond their borders. To underline their challenge abroad, for the first time in their career ETHS released an international edition of “III” with four English versions of the original French songs. “III” also marked the return of fan-favourite drummer Guillaume aka Yom and the induction of new bass player Damien. The band was ready to embark on an extended musical journey starting in France during spring and later continuing in Europe, with an option to reach out overseas well. Yet even the best laid plans can go wrong. On September 18th, 2012 Candice Clot announced her unexpected departure from ETHS due to important private family commitments. Her personal reasons were fully accepted by band and label although with a sad heart. Yet the French were not ready to give up. Rachel Aspe joined the band as a new singer, they are now finishing III tour and working on a new album for 2014.

Eths (Staif): Hello, thanks a lot!

HMA: Your latest release “III” contains many elements and styles. Some say “metalcore, groove, modern and nü metal with some goth-like and industrial”.

Eths: Yes, on each album, we like change and try new stuffs, so definition of our music is changing with time, but as we always have said, we make “metal” and everybody can find what they want in our music, we’re ok with that.

Eths: It began during my trip to Tuscany, it gave me many inspiration for the songs and also the artwork, it’s more “renaissance” than medieval to us, the title III was inspired by Candice’s lyrics, about the trinity you can find everywhere. The artwork was designed by Nicolas Senegas, a great french artist, we exposed him the general feeling of the album and he did understand what we wanted. We really love his work! We like the idea that you can’t really know when and where it happened.

HMA: The video “Adonai” carries the style very well and is incredibly consistent with the music and of course the artwork.

Eths: Yes, thanks to Louis Vignat, the director, we were happy to finally made a video with only story in, he did a great work. The girl in the video is the same on the cover; it’s like the story before the cover. He talked a lot with Candice about the lyrics and he wrote the script, we discussed about details but he had tight idea of what he would like. We shot this in winter, so exterior scenes was hard for the actors and us. We really thank him for this video!

HMA: I must admit that French works really well and gives a deep and organic feel to your music.

Eths: Thanks! As French people, it was just natural for us to use our mother tongue; we like play with the words, and love French authors and poet like Charles Baudelaire. We tried English lyrics on “III”, but we were not so convinced, we’ll maybe try again with Rachel on the next album but this time no translation, the songs will be in french or in english but not both.

HMA: The same goes with your previous releases… speaking of which… “Tératologie” is very avant-garde and experimental. What deviations are we administered?

Eths: For Tératologie, we would try something different with many arrangements, feed our music with brand new inspirations. We took a lot of pleasure to record it, at the time of release our fans didn’t really understand it, but now they seem to like it a lot.

HMA: The choice of photography is intriguing. Would you like to give us an insight?

Eths: Tératologie is the “monsters” science, so by this photography we would give a strange feeling to the listeners, we really love weird things, it is one of our faces. So this girl playing with a dead animal like a puppet represent well the lyrics and music of Tératologie.

HMA: You have a substantial and dedicated following in your home country. Was the English version of “III” released to conquer new territories?

Eths: Yes, we had some great experiences out of France, and want to give the ability to non-francophone people to understand the lyrics. As Candice quit the band, we couldn’t go play really far but hopefully we’ll do it for next album with Rachel.

HMA: I can’t wait to ask… the amazing Rachel Aspe joined Eths after an incredible performance at the French equivalent of “America Gots Talent”, right?

Eths: Yes, but we met each other before the TV show, she has contacted us as soon as Candice left, to do an audition and honestly, she was the best by far. When we saw the TV show, we were sure it was her, it’s a great challenge to do that.

HMA: I must admit I have seen that video dozen of times and I love it every time. This is a question to Rachel… What was the experience like? I am sure that the audience and judges alike are not used to such an incredible personality and charisma.

Eths: It was a great experience, and opened many doors, audience and judges were really surprised and cool but France isn’t a metal country so they find that too violent for French TV.

HMA: What stroke me the most was Rachel innocence paired with an astonishing and hell like voice!

Eths: Yes, we like that a lot too, and with hard work she will better and better, we’re really happy to have her in the band, she’s a great girl!

HMA: Your experience certainly resounded in the Metal world as well as on pop TV. What other type of response have you received?

Eths: Many nice messages from all over the world, even from metal personalities, it was incredible.

HMA: Any plans to experience first hand Eths live here in the UK?

Eths: We’re now working on the next album but we absolutely want to come back for some gigs in the UK, as soon as we release the record, we like English people and can’t wait for that!

HMA: Thanks for your interest in Heavy Music Artwork. Was a pleasure to have you!

Eths: Many thanks for your interview and big thanks to all our English fans for supporting us, get ready for our next album, coming soon!