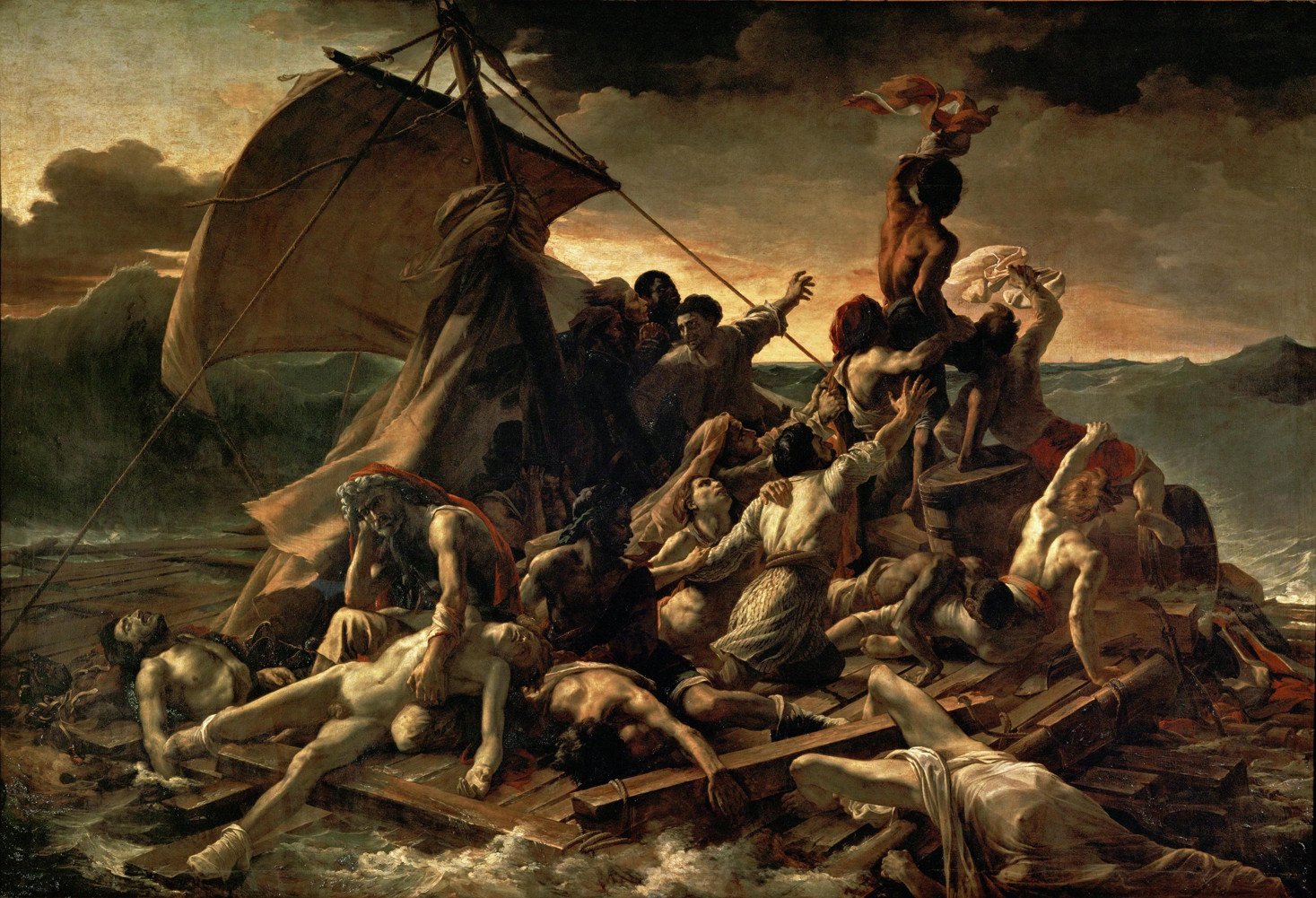 “The last of the great artists of the Renaissance and the first modern’; thus Baudelaire on Delacroix. For Baudelaire, Delacroix’s position as one of the great figures of art history was assured not just by his daring and originality qualities generally considered Romantic – but for the fact that they found expression within a tradition. Another great poet, Paul Valéry restated this paradox: ‘The veritable tradition in great things is not to repeat what others have done, but to rediscover the spirit that created these great things – and creates utterly different things in different times.’ Delacroix rediscovered the spirit of Michelangelo and Rubens, but the masterpieces that he created under their influence are of a very different kind. In his turn, Picasso made many studies of Delacroix’s Women of Algiers. In Kahnweiler’s imaginary dialogue, Picasso tells Delacroix: “You took what you could from Rubens and made Delacroix of it. In the same way, I think of you and what I make is my own.”

“The last of the great Renaissance artists, Delacroix comes of a lineage whose founder is Michelangelo and whose prodigal son is Rubens. In his Journal, Delacroix more than once lays claim to this heritage: “Familiarity with the work of Michelangelo has exalted and elevated every subsequent generation of painters.” Writing on Michelangelo, Delacroix speaks as the perpetuator of the tradition he describes: “The depiction of tender sentiments lies outside the bounds of Michelangelo’s genius. In this work [The Last Judgement in the Sistine Chapel] above all, he indulged his taste for terribilitas. His imagination, oppressed by endless re-reading of the Prophets, yielded only images of dread, and the solitude he cherished could only exacerbate his melancholy disposition.”

“In rendering homage to Michelangelo, Delacroix describes himself. The genius of Michelangelo is perhaps the closest kin to his own (in 1849-50, he imagined and painted Michelangelo’s studio). Like Michelangelo, Delacroix inclines to terribilitas; his imagination too dwells on images of dread. From The Massacre of Chios to The Death of Sardanapalus, the tragic visions of Delacroix portray horrors unequalled even in the Sistine Chapel. Charles Baudelaire, an unconditional admirer, puts it thus in his Eugene Delacroix, Work and Life: Everywhere we see ” … desolation, massacres and fire, everything testifies to the eternal and incorrigible barbarity of mankind. Smoke rises from cities razed to the ground, the throats of victims are cut, women are raped, and children hurled beneath horses’ hooves or pierced by the daggers of their raving mothers; this entire corpus is a hymn in praise of suffering inevitable and unrelieved”.

“Though we trace Delacroix’s artistic heritage directly back to Michelangelo and Rubens, in the matter of colour there is a further influence, that of the Venetian school. Delacroix is a master of colour, and his influence on Cezanne and Matisse is clear. In his own words: “The work of a painter who is not a colourist is illumination rather than painting. If one intends something other than cameos, colour is, strictly speaking, one of the founding principles of painting, no less so than chiaroscuro, proportion and perspective… Colour gives the appearance of life.”

“As early as 1824, Stendhal had perceived in Delacroix “a pupil of Tintoretto”. In his Journal, Delacroix noted: “In Giorgione, Titian and their pupils, Venice possesses artists who perform miracles of colour without any derogation from beauty.” In Delacroix’s words, “all the great problems of art were resolved in the 16th century”; perfection “in drawing, grace and composition” had been attained by Raphael, and in “colour and chiaroscuro” by Correggio, Titian, and Paolo Veronese. Nonetheless, it was Rubens who, after Michelangelo, left the most profound mark upon Delacroix’s art. Delacroix was overwhelmed. The affinity between the swirling dynamic vitality of Rubens and Delacroix’s art is clear: “Then comes Rubens, who had already forgotten the traditions of simplicity and grace. He created a new ideal through sheer force of genius. Strength, striking effects and expressiveness are pushed to their limits.”

“Maurice Sérullaz expands on this: “Delacroix perceived that, under the impetus of Rubens, a new epoch of art had opened up, an era of synthesis and equilibrium. On the one hand, there was the power, abundance, fiery dynamism, realism – and a certain penchant for Baroque eloquence and even effect. On the other, there was a nobility of conception and style. the paradigmatic harmony, sobriety and austerity of the Classical masters. Thus Delacroix discovered himself through Rubens. In Rubens, his own errors found their vindication. They had been severely criticised by his contemporaries, especially in his large decorative compositions; but, as in Rubens, they are the work of a genius at once rational and impulsive, inventive and objective, visionary and realist.”

“The superabundant life and decorative invention that typify the work of Rubens are present throughout Delacroix’s career. To take just two examples, in The Death of Sardanapalus, the women butchered upon the pyre derive from the Nereids in Rubens’ The Landing of Marie de’ Medici’ in Marseilles, which Delacroix repeatedly copied; and the Christ on the Cross (1845) was inspired by a detail in another Rubens masterpiece, Christ on the Cross (Le Coup de Lance) (1620). For Delacroix admired in Rubens a quality that he himself possessed in abundance: the ability to unite allegory and history, and mould into a tumultuous whole figures mythological, historical, literary and real. He too could convey the turbulent movement of brightly coloured forms without disturbing the harmony of their arrangement and their overall composition in light and space.

” ‘The last of the great artists of the Renaissance and the first modern…’ Baudelaire’s definitive description of Delacroix requires us to explain not only the influences that left their mark upon him, but how he was able to assimilate these; how he made use of them to construct his own originality. This, in its turn, became his own legacy, and his own influence has been very widespread. The lesson that he teaches is clear. It is not enough to imitate the great masters, one must, instead, draw on them for inspiration as one seeks to transcend their achievement…”