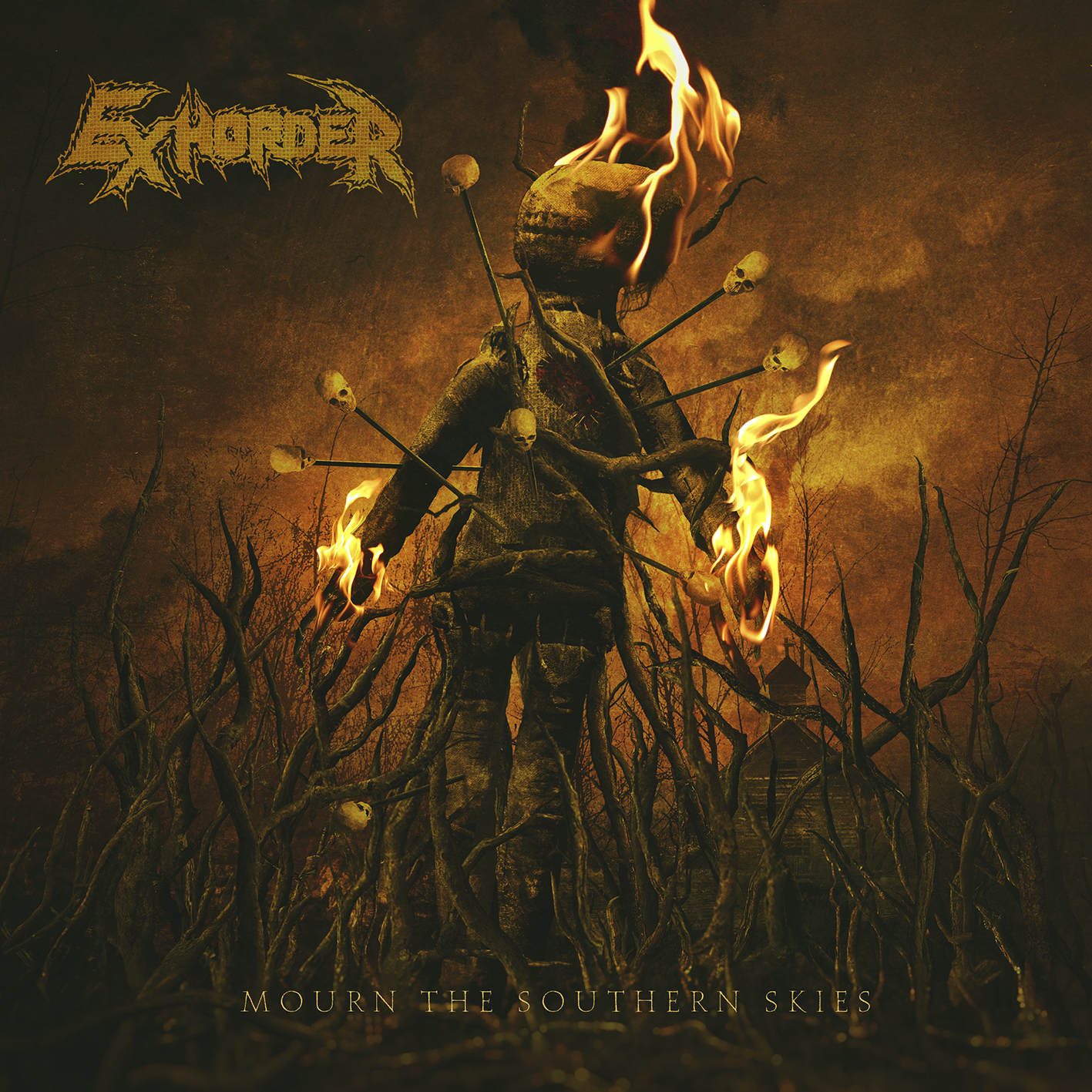 The band started forming in late 1985, and I didn’t show up until spring of 1986. We were all just a bunch of metalhead/punk kids looking to write songs we wanted to hear. For some reason, people connected with it quickly, and then we released two albums in the early nineties. After 27 years away, even more, people decided they give a shit about us. So we decided to make a new album, and here we are!

Life is the biggest influence for me. Experience, anger, fear, and love all have found their way into my lyrical ideas. We’ve always had a broad spectrum of influences, from metal to punk, and from classic rock to funk. Being a father, a husband, and a homeowner changes how you look at things, but the anger is still there. It’s just a bit of a different point of view, I suppose. We finally have a true representation of the live Exhorder sound with Mourn the Southern Skies. The first two albums simply did not fully capture that.

As I said, life experiences are a huge presence. Actual things that happened to me or the ones I love, as well as current events. This world is in such a state of turmoil, so there is always plenty of material to write about.

Travis Smith is the artist that made our cover. I never actually had any communication with him, only through management, but he requested lyrics and the main theme where he could get started. I began by describing what we didn’t want, which was typical metal imagery. We’re not 100% a metal band, so that’s not our desire. New Orleans, Louisiana has a strong tie to voodoo in its history. It’s always fascinated me, and I thought that the mystery and darkness of some of it would be a great tribute to our home. The roots represent the music- both ours and the traditional New Orleans bands that preceded and influenced us. I think it’s simply amazing and couldn’t be happier with it. Travis nailed it.

I used to write a lot about books, philosophy, religion, and politics, but that was the young man in me. I barely read books anymore, and steer away from politics and religion some, because we already did that. Mostly I focus on the things that scare me the most or simply piss me off. Bad people and injustice always will inspire me to write.