Eye of the Destroyer 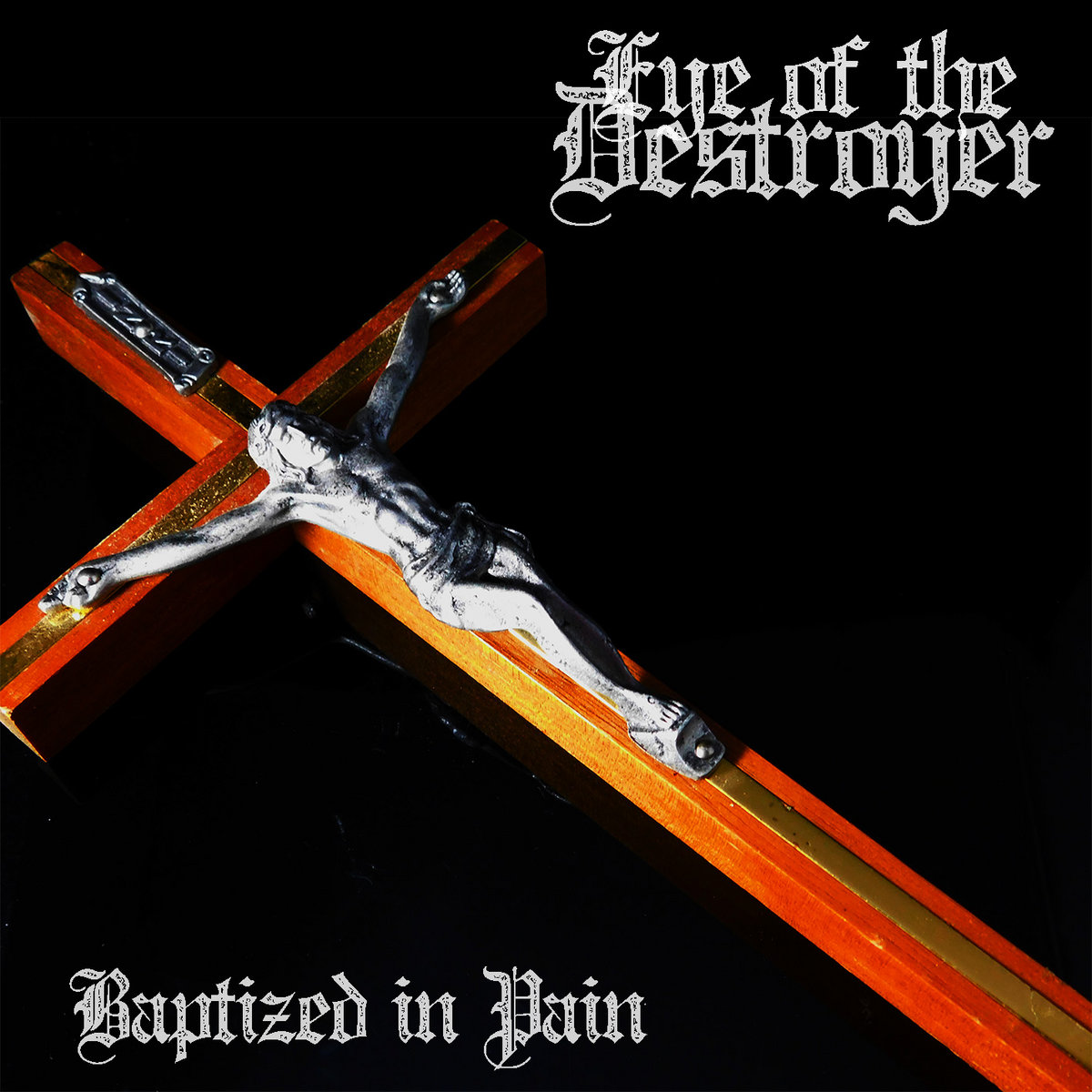 Baptized in Pain By Joe Randazza

‘Baptized in Pain’ is Eye of the Destroyer’s newest album from the diverse group of New Jersey natives is the band’s sixth release and second full length. Though it has been a long time coming, this album feels fresh and new. With a lineup change featuring former drummer Joe Randazza making the move to vocals and John Scott, a well-known veteran of the New Jersey music scene on drums – Eye of the Destroyer is stronger and rawer than ever. Leaning into the band’s symbolic rebirth, Baptized in Pain makes its debut on the weekend of the Scorpio Full Moon, May 17th. This album contains a visceral mix of classic death metal rooted in hardcore, harrowing lyrics about the plague of humanity, and good old fashioned North Jersey grit. Baptized in Pain was recorded at Dome Studios – a historic New Jersey hardcore gem that has also hosted the likes of E-Town Concrete, Agents of Man, One4One, and NJ Bloodline. Eye of the Destroyer forges their own path releasing their album through homegrown High Potency Productions. This hard-hitting future underground classic was mixed and mastered by Keegan Okazaki of Nocturnal Audio – a young and hungry upcoming sound engineer from Toronto, Canada. This rough group of music scene underdogs come together on Baptized in Pain to make this release the hard-hitting wild card of 2019.

HMA: Can you tell us about the musical backgrounds?

Most of the members have been playing together for the last 15 years in some way or another. Heavily influenced by the 90’s hardcore movement with roots in traditional metal/death metal.

HMA: What can you tell us about the recording of the album?

The new record was a culmination of years of writing. In some ways, its two records put together. We wrote most of it with our old singer and the songs and the lyrics were intended for him to sing. When I took over on vocals the newer songs took a bit of a more personal direction and were no longer based in fantasy. They were firmly based in reality. The hardships that I have experienced. I experienced many things I probably should not have as a child and this record starts to scratch the surface of a cycle of abuse and trauma that I have buried deep down inside.

Half of the record is based on serial killings and different methods of murder. The fantasy of horror which we all adore. The other half tackles domestic abuse, suicide, and abandonment. We are not satanic although at times some of our lyrics may make you think otherwise. There were some political slights of sorts but nothing that would really stand out unless you were looking for it.

The artwork was an idea I had based on my religious upbringing. I rented a home in a small town when I first moved back to New Jersey from Florida. When we went into the house for the first time the only thing left in it was the cross that appeared on the cover. It always kind of creeped me out in a way that this cross was the only thing that remained in the home. In a lot of ways, it has some really strange significance. When we decided on the title of the record “Baptized in Pain” we started to really think about what the cover would be. My wife was photographing the cross one day to with a collection of products she was launching and I thought it looked very cool. It gave off a very old school metal look and the significance of the cross and the title was undeniable. I decided to shoot it on a black background on that angel. Something about the placement made me feel uneasy. It had a very vintage almost Black Sabbath feel to it.

HMA: Often the term “escapism” is used when referring to metal fantastically themed art or and music. Is “escapism” all there is to it?

I think escapism has a lot to do with metal and really music in general. The world we live in now really warrants the need for escapism in my opinion. As far as the cover for our record… I think it was much more than that. I have an obsession with photographing churches and religious artefacts. Ever since I was young I was fascinated by religion. For me, this was a representation of rebirth. It was a baptism and I wanted people to feel that when they looked at the cover. I didn’t want to have some monster or landscape, although I understand and appreciate why others do, I wanted the cover to be as raw as the band had become.