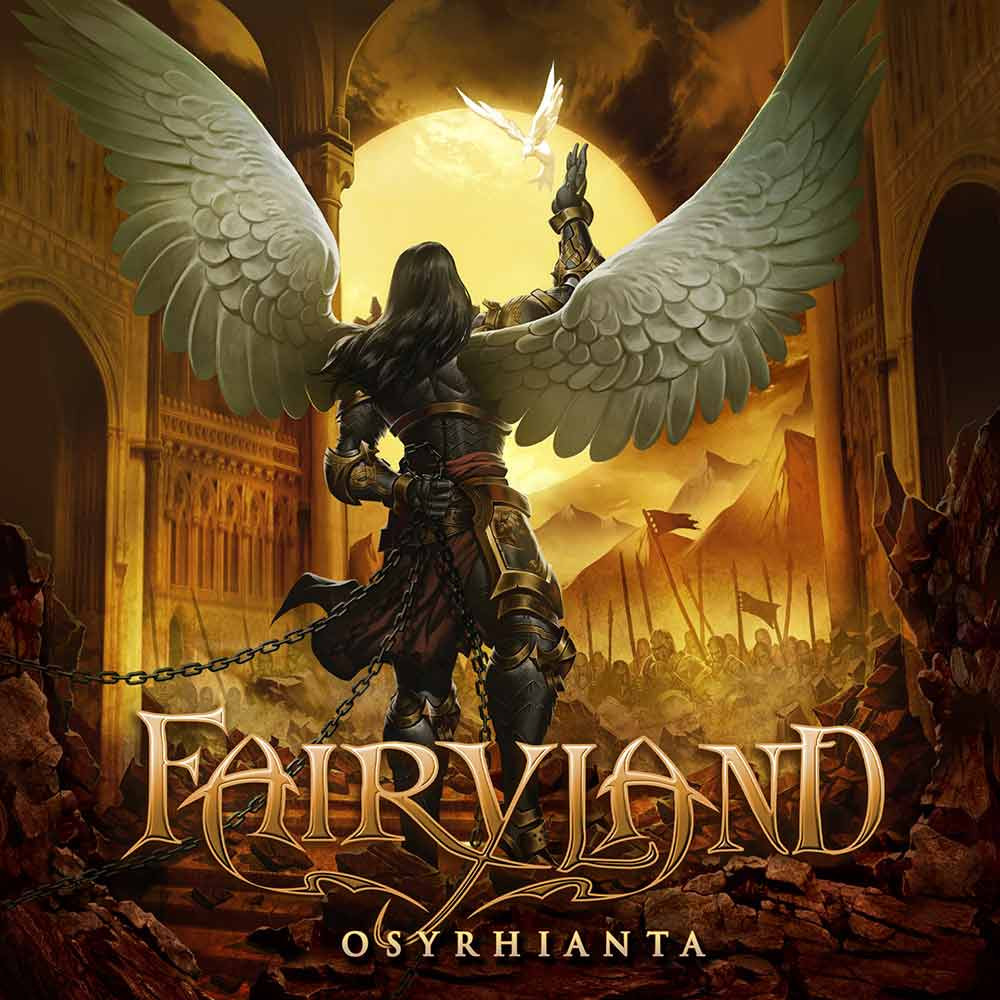 Fairyland is, basically, the “other world”, the realm of legends and fantastic creatures. The name was inspired by the work of the late Sir Terry Pratchett, in which this “Fairyland” is host to evil unicorns and vicious elves. It seemed quite fitting for the subjects we were going to deal with, as it presented a dichotomy between the somewhat “soft” name and the brutality hidden behind it. We started off as Fantasy, then moved to Fantasia after some band changes, but our first label feared that we may get in trouble with a certain big company, so we switched to Fairyland. We know it might not be the most “powerful” name, but we like it and will keep it!

Osyrhia means “Light”, and the suffix Ta means “age, eon”. Normally it should be spelt Osyrhiantä, the umlaut denoting something linked with the counting of the days, but I hadn’t yet come up with that idea when we finished the album (I’ve been working a lot on the language lately). So basically it means “the age of light”. It’s one of the early chapters of the concept, recounting the rise of the people of Osyrhia, as well as their guide, later turned nemesis, Cenos. It is preceded by Antä, “the age of none” which is the creation of the world as depicted in the first track, and followed by Inumorkentä, “the first age of Morken” when Cenos wages war upon the world for the first time, long before Of Wars in Osyrhia. But that’s still to come up in a future album. And mostly these days it’s more about the music fitting the concept than the other way around.

Our music’s symphonic power metal, with a lot of narratives. For the musical part, I take my inspiration from bands such as Blind Guardian and Rhapsody, movie soundtracks, classical music, and my all-time favourite: Mike Oldfield. For the rest, concept and imagery, it’s mostly history, mythology, world cultures, and J.R.R Tolkien, of course. My first enticement to go with a concept was Blind Guardian’s album Nightfall in Middle Earth, based on Tolkien’s Silmarillion. The way they managed to make the story so alive hasn’t been surpassed, in my opinion.

Willdric and I played in a lot of different bands, with multiple styles. I used to be a death metal singer/bassist, and Willdric, on drums at the time, was into melodic death as well as varied other styles. But one day I discovered Rhapsody’s first album and really loved the way it sounded. From then on, I wrote a few demo songs until I talked with Willdric about them, way back in 1997. He loved Rhapsody too and was eager to work with me on this new project. He has since been at the helm of everything technical concerning Fairyland, except for our second album, The Fall of an Empire. But that’s a long story. I think that, all things considered, Power Metal is a great way to convey different emotions, and a superb medium to carry a story.

Mostly we deal with the realm of fantasy and imagination. I think it’s not a bad idea in these troubled times to give people a different place to go to, even for a brief moment. And while the subjects dealt with in the concept are serious for this particular world of Osyrhia, we don’t want to inject any real-life matters in Fairyland’s music. We have some other outlets to do that.

I have no idea what the dark arts are. I’ve read a bit of Aleister Crowley and Anton La Vey but didn’t find anything of interest to me. I’m an atheist and like to think of myself as a rational person, so for me, it’s all just hocus pocus, even if some of the philosophical ideas have some merit. I’m not into spirituality and generally don’t care much for religious or spiritual beliefs. I know the tenets of the major religions and find them wanting. I am, however, interested in the subject matter for its historical value. www.facebook.com/Groupe.Fairyland.Officiel