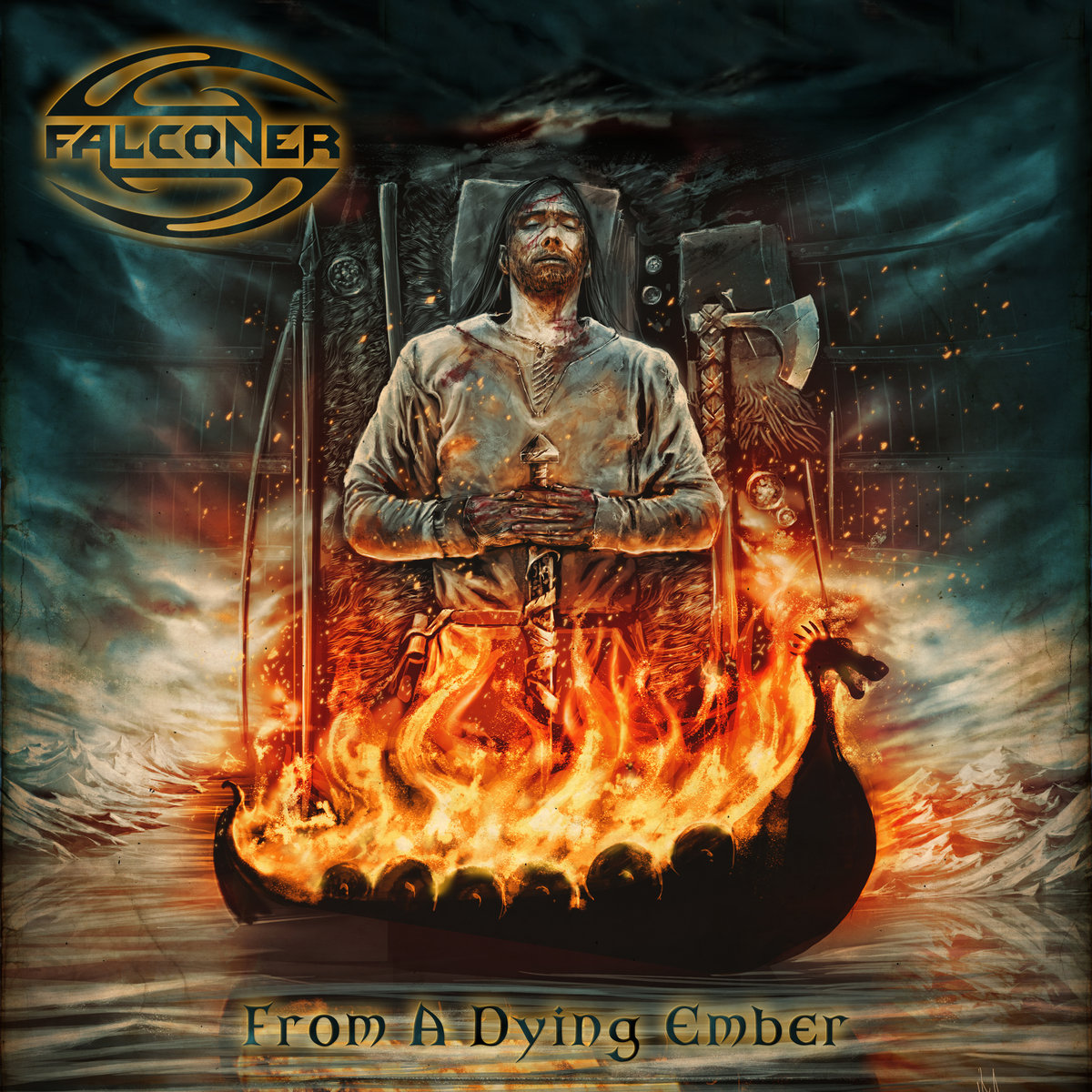 From a Dying Ember by Stefan Weinerhall

I chose the name Falconer since I felt it represented both freedom and pride in a way. Also, it had that notion of medieval times that fitted our concept. Plus, it short and easy.

I knew that ‘From a Dying Ember’ would become our final album and felt that the title symbolized the entire process. Not that the music came from a  dying inspiration and thus was second-grade quality but more that I knew that the road was soon about to end for the band thus the title is a kind of requiem.

I can´t really say that I try to get inspiration or use any special inspiration to create this or that. I do realise and notice on a few occasion that I might be noticeably inspired by Jethro Tull, Iron Maiden, different Power metal bands and also the Scandinavian melodies, maybe not folk music but a certain melancholic tone that I think is prominent in Scandinavian music. I must also say that I feel that some traces are found in my music today that hail from my more death metal-inspired period. The way to play staccato riffs and so on, but then of course what I use it for is way to melodic and “nice” to make anyone think of death metal.

I can´t say that we aimed for power metal. I and the drummer Karsten had played in Mithotyn before which was a Viking black metal band with a touch of folk music or very melodic anyway. I got tired of that music and wanted to make music with clean vocals but still metal. I listened mostly to hard rock and metal from the 70s, 90s during that time and had discovered bands like Queen, Jethro Tull, Mike Oldfield. So what do you get if you put clean vocals on speedy folkish black metal? You get folkish power metal. Of course, I listened to a few power metal bands and got in more contact with that scene year by year but I can’t say that the power metal scene is any reason that we sounded like we did.

Most lyrics have a very historical/medieval touch to them although most lyrical themes are more ordinary things clad with historical words and alliterations. A lot of environmental thoughts, some politics, introspective thoughts and also some historical stuff. on some albums we have concentrated more on for example folk beliefs (Armod), medieval true stories (Among Beggars and Thieves) or a deceptive game of thrones in Sweden in the 13th century (Spepte of Deception).