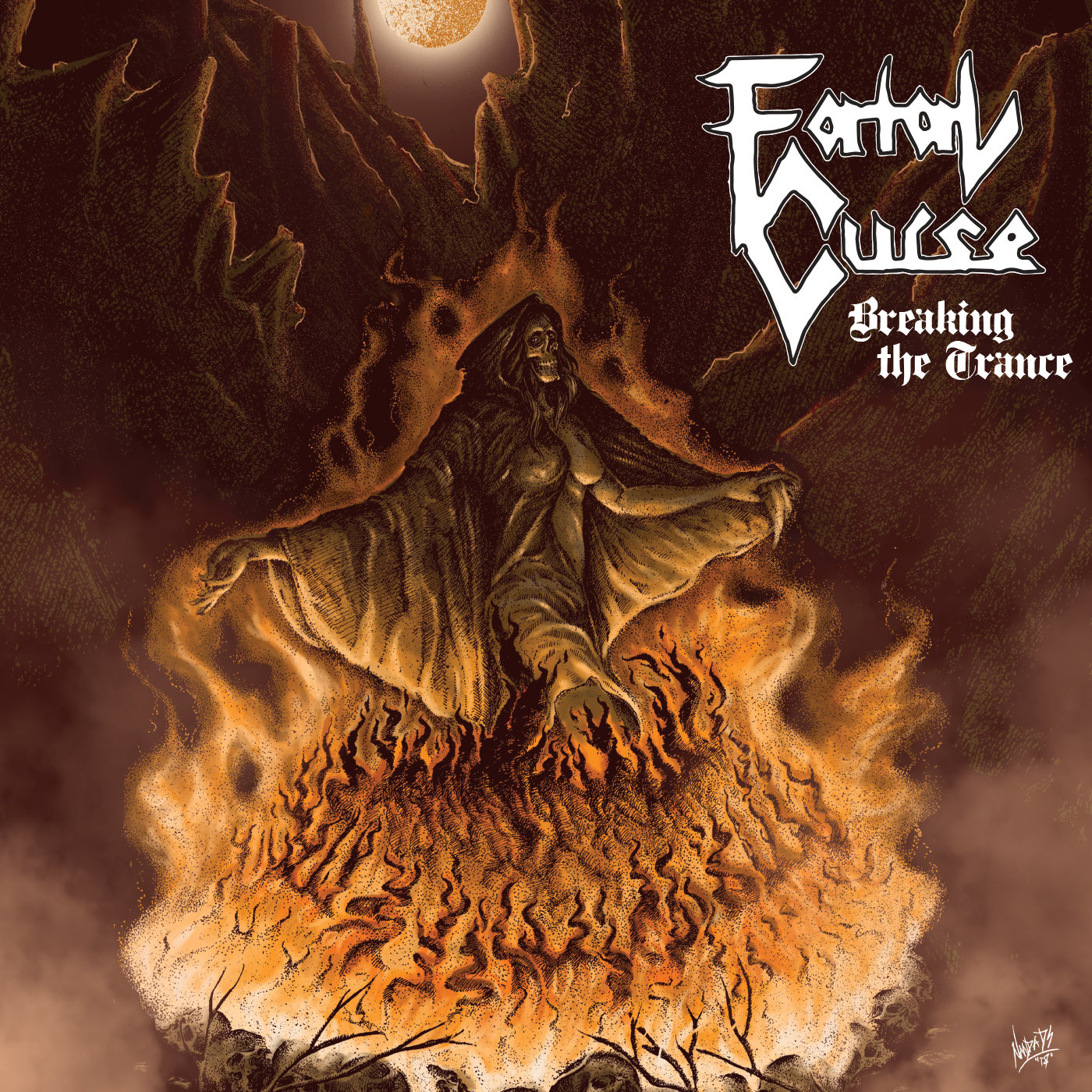 Breaking the Trance by Mike Bowen

We are Fatal Curse. We play traditional heavy metal forged in Moravia, a small humble town in central New York. My brother Chris is our drummer, and my close friend Dave Gruver who plays the guitar started out in a band called Rabid in 2003. At that time we had a bassist, Everett Thompson who is another close friend of ours (everyone knows everybody in this town). I was playing rhythm guitar and vocals. Everett left the band in 2016 on good terms to focus on his personal goals. After trying out multiple bass players I decided to step down from playing the guitar and fill in on bass. We all love traditional heavy metal and the NWOBHM movement which made us decide to incorporate that influence into our music leading to the formation of Fatal Curse.

After Everett left and we changed the band name, Dave went hard to work on ‘Breaking the Trance’. It wasn’t an easy process at all due to many personal events in our lives! After the album was written, we went to watchman studios in Buffalo NY and recorded it with Doug White. The recording itself went smoothly until we got to the vocals. I have never sung clean on any recordings so this process was all new to me. The vocals were probably the most gruelling part of the process but we managed to get them done at Dave’s house on a Yamaha 16 track recorder. After a few weeks of mental anguish and frustration, we all agreed and liked how the vocals sounded finally. We then went to rotten metal recordings in buffalo NY to have it mixed by Joe Leising. Joe was great and helped get the sound that we really wanted for the album. The initial mix was a little too polished for our liking, so although it took more time, the remix was definitely a good decision in the end!

Music and art for me at least is an escape. When I’m listening to music it helps me decompress from the mundane factory work-life which all three if we live. Also, I feel when listening to music it drives our imaginations when we hear the story being told which definitely helps our writing process in return.