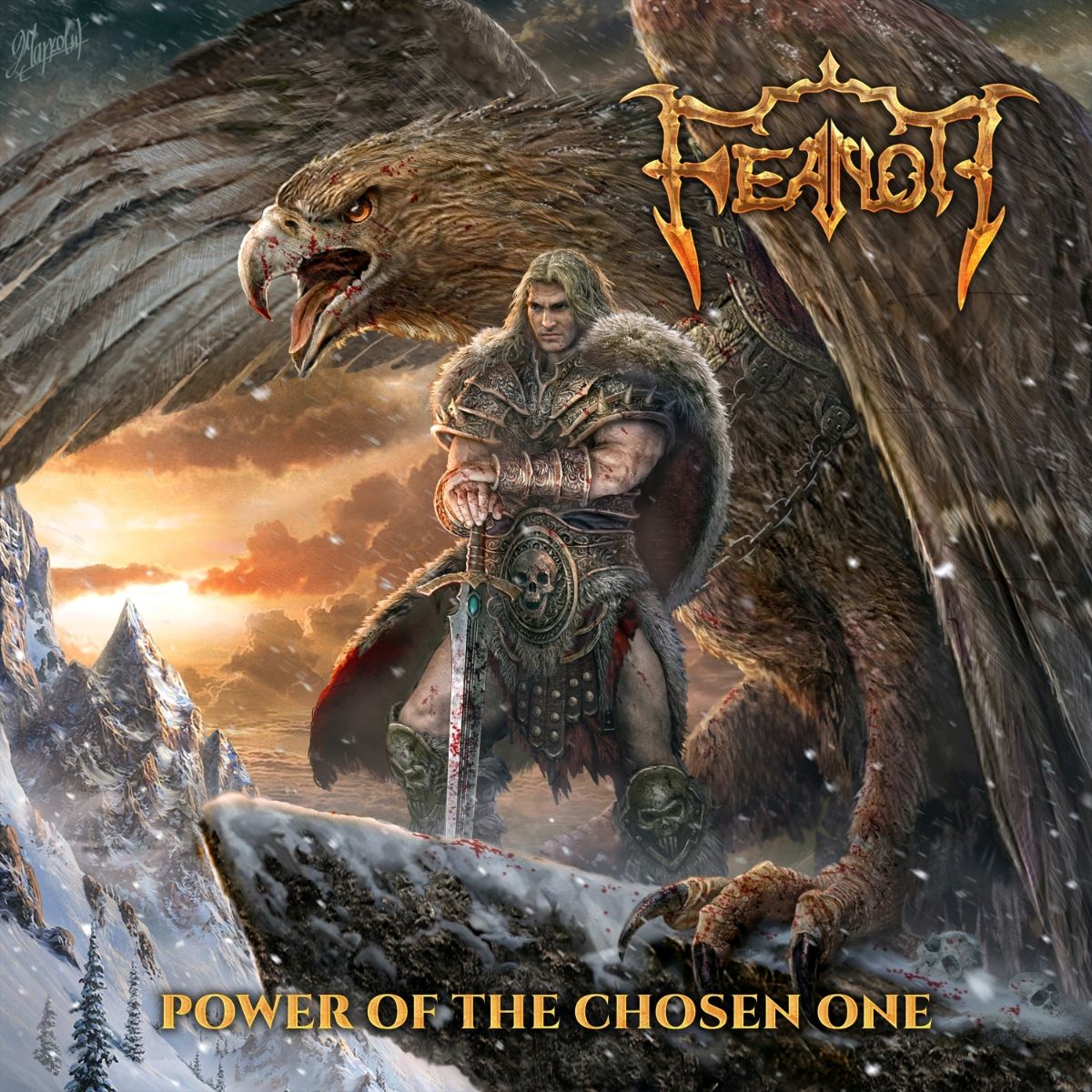 Power of the Chosen One with Gustavo Acosta

After Manowar’Joey De Maio had their first platinum-awarded album ‘The Triumph Of Steel’ on his role as the guitar player, David Shankle departed from the band, leaving a multitude of fans with a thirst for more true metal. Now the guitar maestro closure that epic chapter with a collection of songs meant to be included as a sequel for that prestigious record. The long-awaited continuation of the saga now ends with mighty Feanor giving life to those epic anthems that true metal fans were patiently waiting for +25 years.

‘The Return Of The Metal King’ is the result of a deep reading, a careful analysis and months of study and consulting on the masterpiece ‘The Odyssey’; the listener will be immersed in a variety of states and sensations raging from pleasant calm to the fiercest battles, an emotional rollercoaster in a 19-minute magnum opus. There are noo midi drums, real audio, plugins, synths, 40 piece choir, real piano, and antique instruments for an over-the-top epic metal experience. Recordings sessions made in studios and South America, USA and Germany, three videos and global metal brotherhood à la carte.

Manowar fans and epic metal enthusiasts will find satiety to their gluttony for true metal on this solid piece of steel. Reinforcing this metal alliance, we again have the prestigious Sven D`Anna (Wizard) in vocals, with reliable performance on his second album as lead singer for Feanor after the iconic 2016`s We Are Heavy Metal.

There are many stories regarding the making of ‘Power of the Chosen One’, but 99% of them can (and should) be shared only on a table with some beers and laughs due to the sensitive content of most of them. In any case, this album was made in between Germany/USA/Argentina, so it was indeed a hell of a ride.

The album ‘Power Of The Chosen One’ is carried by different stories, experiences and thoughts. This is not a concept album. With the title song, I describe the everyday struggle of life. In 2007 my first wife died suddenly and unexpectedly. With two kids in my luggage, I suddenly stood in front of a huge mountain full of shit and somehow had to see how I got over it. In the end, I made it because I believed in myself and the kids. Not least because I had good friends and great families by my side, each of us has a sack-like this, sometimes more, sometimes less. Yes, and so I wrap real life in fantasy lyrics. A story that doesn’t directly reflect the event but reflects it in a certain way.

I love traditional metal music, but Manowar was my source of inspiration to pass from a simple listener and music enthusiast to being a musician, especially a song Thor the Powerhead, which was the first one I’ve learned to playback in the day. I also have to say that my mind construction represents the rebel-like figure portraited in most of their lyrics. The mediocrity surrounding me filled my heart with black venom, and I needed to let those feelings out, so yes, that band was the main reason I played.

I am a fighter. When I was 14 yrs old told my family that I wanted to play bass, my family couldn’t afford it, so I went to the streets to sell Christmas cards and worked as a mailman while studying, really worked my ass off to buy my first bass and gear, so I know from an early age the meaning of the fight for your dreams. I never give up. I remember being in college; some of my friends studied only a few days before the test. They approved with A’s while I, on the other hand, always needed to burn my eyelash to accomplish the tasks. One of the things I’ve noticed back in the day was that if I read the lessons aloud, everything enters my brain more easily. So I have kind of an ear for music and languages, I can speak Spanish, Italian, Portuguese, English and a little Greek, everything ‘by ear’, not to mention all the instruments I play… so yes, working hard and realising that I have an ear was the pivotal moment of my life that led me to today.

What motivates me? Two things, on the one hand, I came from my mom’s side from a German family, all my family speaks German until my aunt’s generation, so my mom was fond of classical music. I’ve listened to tons of classical music vinyl when I was a boy. Then from my dad side, I have a mixture of Spanish and local Indian blood, and all of the members from my dad side are folk musicians, so you can say that I was destined to have music in my life. The second thin, I remember a couple of my friends playing in a band when I was 13; they did some sort of punk music. They could play live and had access to fresh pussy; I remember that I’ve thought to myself, ‘why the fuck I am here as a spectator watching them play live and have pussy and fun when I knew in my heart I could do it better?’ So, that little punk band gave me the primary kick to start a band for myself.

I have composed many songs under the strangest circumstances. I usually pour a glass of wine or a beer, grab my bass or piano, and start immediately. A couple of times, I’ve woke up in the middle of the night with a melody in my head and chant it in my recorder for safekeeping it and then pass it to Sven to transform it from a crazy mumble into a real melody, that happened a couple of times, other times I find myself inspired while singing taking a shower or being involved into more scatological endeavours. All in all, the creational process is quite diverse. My only routines are martial arts training, and the fetish ones have no relation whatsoever with music.