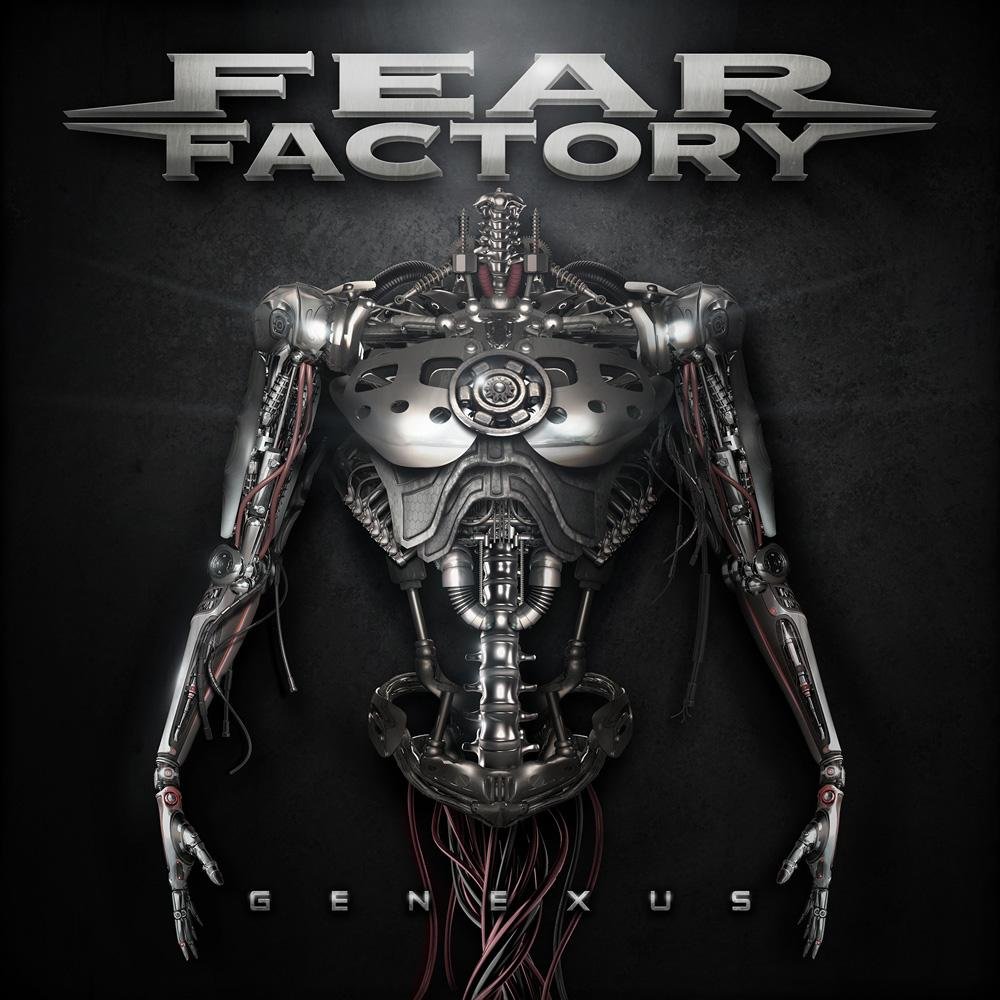 The system is the machine

It’s quite difficult to pin Fear Factory down into one genre as their music bounces between extreme metal, industrial and groove but one thing is for certain, it is pretty much intense. Gaining popularity with legendary “Demanufacture” album, lead to a 20th-anniversary tour in 2015 and their ninth release “Genexus” in the same year. I had the pleasure to chat with frontman Burton C Bell who passionately told us about the fight against the controlling machine and the influences that comic artworks have on the band.

HMA: I want to ask about your latest album, Genexus. Which approach was taken for the music and the songwriting?

BCB: Actually, looking backward was our approach. What we decided to do was to look back on past records, namely ‘Demanufacture’ and ‘Obsolete’, to see what we had done there; to see what worked. Paying attention to a lot of live shows and seeing what songs really got the best reaction. Mostly, songs from those two albums. We tried to not emulate, but write songs that were in the same vibe, same style, same spirit of those songs and to take that spirit and develop it further.

HMA: What inspired you to write the song ‘Soul Hacker’?

BCB: I came up with that title and liked it, I tried to figure out what it was. It’s impossible to hack your spirit, it’s impossible to hack your soul. In the future technology is moving forward becoming part of humanity. What will be your soul? Can a machine produce the soul? Can a machine emulate the soul? I was trying to come up with thoughts for that.

HMA: When you sing ‘You’ll never take my soul’, who is taking your soul?

BCB: The machine, which is not just an actual machine, like a refrigerator or fan. For me, I come from a punk rock background, and a machine is a system, government. To me, the machine is what is in control of society. We see it every day. Government’s hacking into personal emails and phone calls, not just of government officials but of regular people like you and me to spy on. How far can it go in the future? Can it go so far if we’re wired into the system as the singularity is moving? The singularity is what Ray Kurzweil speaks of when man and machine become one, where the machines are part of us. Will they be able to hack into our being?

HMA: I noticed the artist Anthony Clarkson has designed the cover for your latest 3 albums, can you tell me more about this collaboration?

BCB: He works well with direction, and that’s what’s important. I like using artists that come up with good ideas. When you have other people in the band who are not really open up to new ideas, you have to be able to work well with your scenarios and Anthony Clarkson is the guy.

HMA: Speaking of ‘Demanufacture’ album, 21 years ago it was released and changed our lives, what are your best memories of that period?

BCB: For me, that’s when the roller coaster started. The touring, the shows, becoming known as a band all over the world. It really catapulted out a career. That’s what I really got out of it.

HMA: You also did a dedicated tour last year.

HMA: Lots of bands were inspired by Fear Factory, which bands instead inspired you?

BCB: At the time there were three writers in Fear Factory, Raymond Hererra, Dino Cazares, and myself. We were all inspired by different types of music, we all come from different backgrounds. I can speak for myself, where I come from like I said, punk rock, early industrial, avant-garde noise. For me it’s goth, and that’s what I was into. Today we’re in Brighton, which is where Nick Cave lives. I’m a huge Nick Cave fan, ever since before Fear Factory. I even thanked Nick Cave on our first album. I like to tell a story poetically. Lyrically, he’s part of it. All sorts of bands, as well, but the genre is mostly punk, industrial, noise, goth.

HMA: What advice would you give nowadays to a new starting industrial metal band?

BCB: Strive for originality. As the band is getting together and learning about each other, as in each individual and what you’re capable of, learn your craft. Strive to be original. The music industry is different nowadays compared to years ago but it’s still the same idea. What sells is not something original until something original sells. Then, they want to get all the bands to sound like that and then it becomes saturated. It’s difficult.

HMA: I can imagine. I didn’t know you did a graphic novel called “The Industrialist”, how did you come out with the idea?

BCB: I’ve always been a fan of graphic novels and comic books ever since I was a kid. I read everything. I was into comic books. It was before video games and I like to read and I like the artwork, it’s something I’ve always wanted to do. The album Obsolete is a concept album and there’s a story that goes to it. To me, I wish it could’ve been a real graphic novel but it reads like a screenplay through it because there’s no imagery. There could be a graphic novel for Obsolete. It’s something I’ve always been doing. I really wanted to move forward on this. It took me a year to find an artist.

HMA: Is the artist from London?

BCB: He was living in London at the time, but now he lives in Oxford. Noel Guard. He just happens to be a big Fear Factory fan. I invited him to the show, we spoke, and I saw his artwork and I was just blown away. I sent him the story and he started sending me roughs and understood. He captured my vision perfectly.

HMA: That’s interesting. Is the book still available or completely sold out?

BCB: There were only five hundred, it was a very limited run to make it – because I wanted it to be something special for real fans. It was only available through my website and I sold all of them in under a year.

HMA: Any other comic artists you collaborated with before?

BCB: Back in 2005, I was able to contact the artist Ben Templesmith, who worked with Steve Niles. Steve Niles wrote ’30 Days of Night’, the comic book and Templesmith did the artwork for it. I was such a fan of it that I got in touch with him and he then did the artwork for the album ‘Transgression’. The album artwork is my favourite, I love it. Also, Dave McKean, who did Demanufacture and Obsolete, was the one who did “The Sandman” comic books and graphic novels, so Dave McKean goes way back as well and my love for comic books has also been part of the band as well.

HMA: Yeah, I see. Also, you are a big fan of science fiction.

BCB: Oh yeah. Ever since I was a kid. Science fiction, horror, thriller kind of stuff. I’m not much of a “Slasher” kind of guy, but I like the Sci-Fi thriller, the Sci-Fi horror stuff because it’s out of this world. Blade Runner is my favourite science fiction film. I love the Star Trek films, Alien, Robocop, Terminator. Robocop could’ve been a comic book but there were films first and then they did comic books afterwards. A lot of comic books inspire films and music.

HMA: I know you did some guest appearance for other bands in the past. Are you going to do more in the future?

BCB: I’ve been speaking to Al Jourgensen of Ministry, so hopefully something happens with that. We’ll see, but if it doesn’t I’m fine with that.