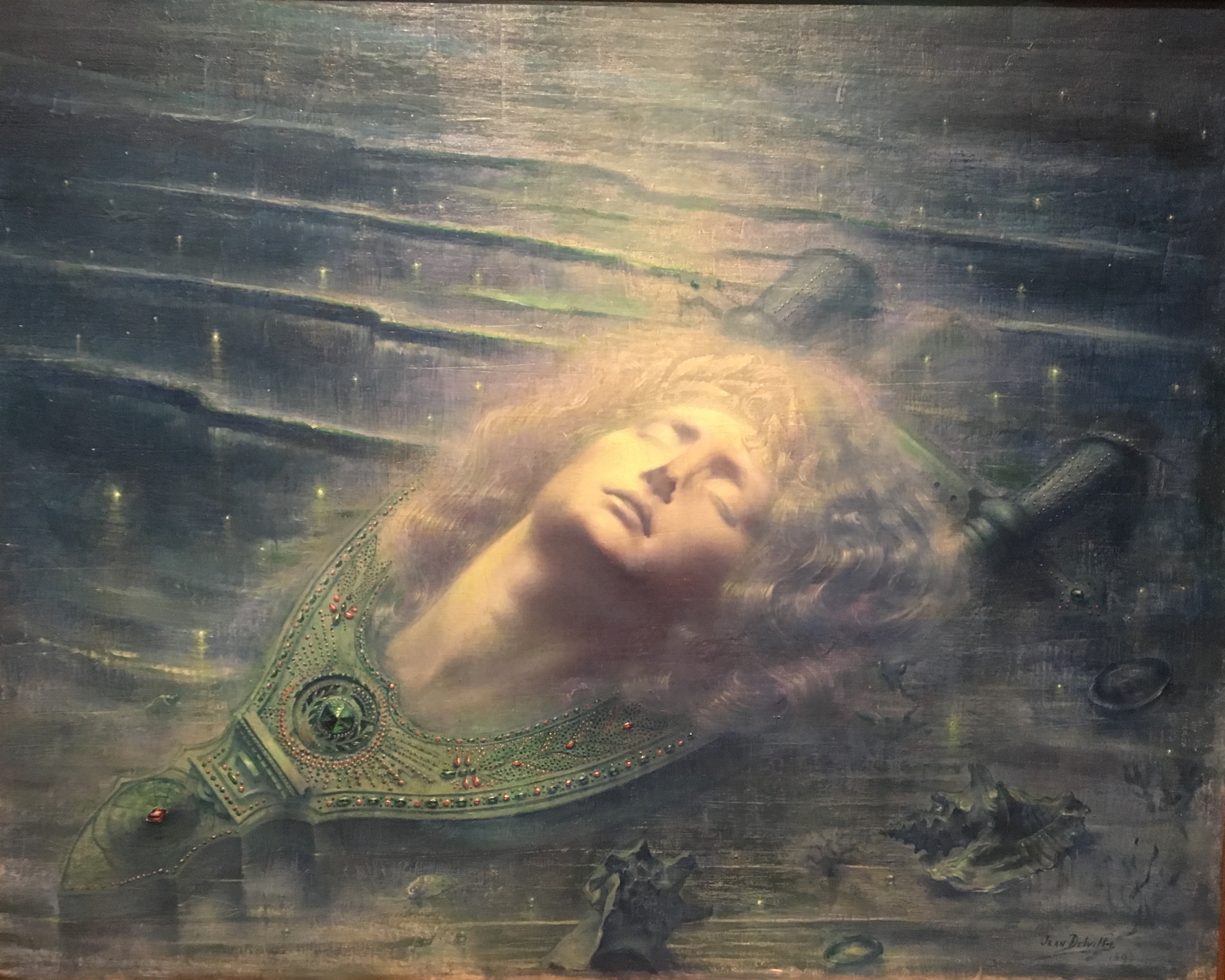 Born in Eastern Flanders, of a family of magistrates, Khnopff grew up in Bruges. He enrolled at the Law School in Brussels which he soon abandoned for the Académie des Beaux-Arts. There he studied under Xavier Mellery who taught him to consider painting as an enquiry into the meaning hidden in the “soul of things”. In 1877, on a visit to Paris, he discovered the work of Delacroix, Gustave Moreau, and the Pre-Raphaelites (particularly Rossetti and Burne-Jones). The influence of these painters was to be of vital importance.

On his return to Belgium he was one of the founders, in 1883, of The Twenty (“Groupe des XX”) and was much admired by both painters and poets. Emile Verhaeren wrote enthusiastically about him in La Jeune Belgique and at first the rest of the press joined in his praises, though they tended to prefer his child portraits and landscapes.

In 1892 he exhibited in Paris at the first Salon de la Rose+Croix, encouraged by his new friend, Joséphin Péladan. However, this friendship brought him trouble with The Twenty, some members having little regard for the Rose+Croix. He was a friend of the Belgian poets Georges Rodenbach and Grégoire Le Roy, some of whose books he illustrated. From this Symbolist poetry he took certain themes: silence, solitude, secretiveness and deserted towns. Already during his lifetime he was almost a cult figure, creating a personality for himself as a dandy much sought after in Society circles. He was given the Order of Leopold in recognition of his services to painting but despite this he was an exceptionally private artist. In about 1900 he had a house built to his own plans; it was like one of the structures in his pictures, a house out of a dream with false windows.

Read an article about Villa Khnopff, home of Fernand Khnopff