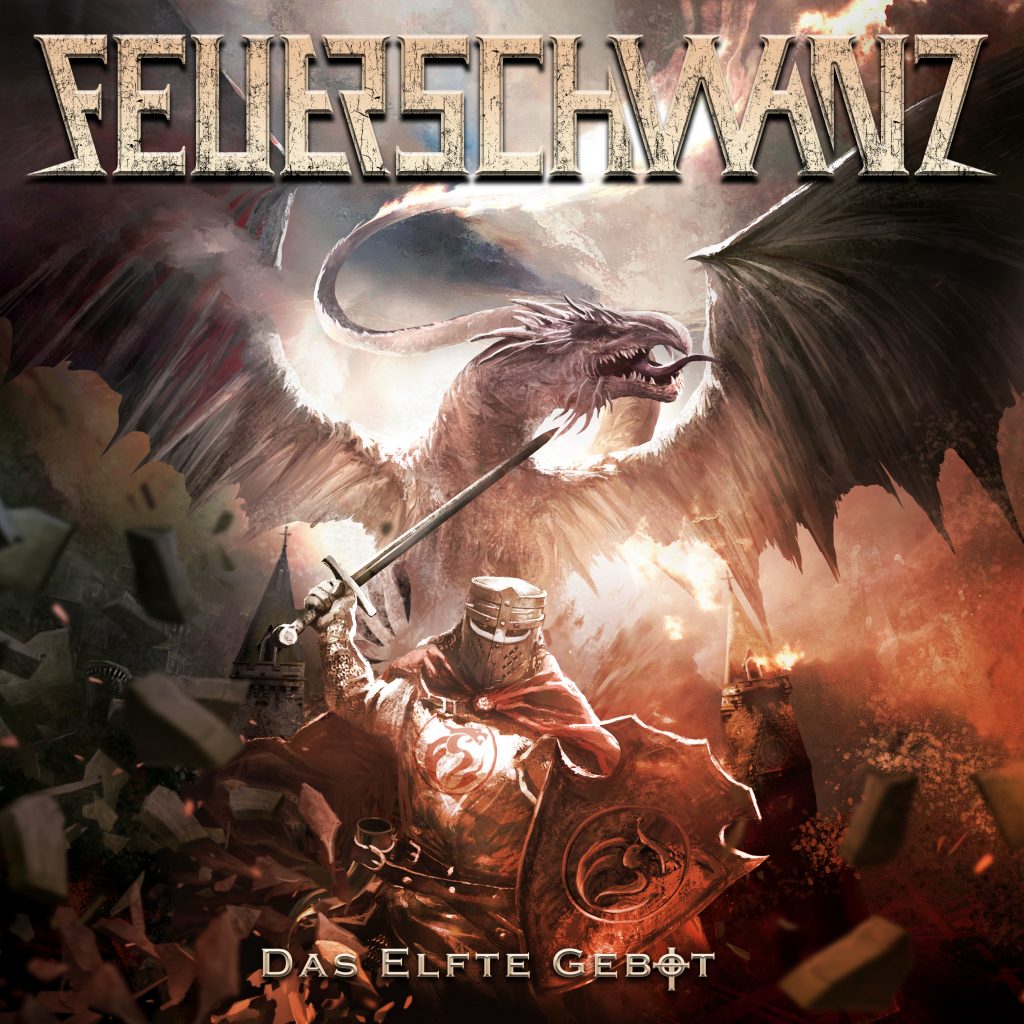 Feuerschwanz started 16 years ago as a comedy folk-rock band, that‘s why the band name is basically a german dick-joke. “Schwanz” means both tail and dick in German. Today, the Feuerschwanz is a dragon with a fiery tail (of course), but there might be some quirky minds out there who still understand it in its frivolous meaning. We are cool with both.

The title ‘Das Elfte Gebot’ means “The eleventh commandment” in English. All the years of our existence, we were celebrating life, living the day and enjoying music, dance, singing, drinking, etc. ‘Das Elfte Gebot’ does the same but in a more serious way. It’s about appreciating and celebrating your life in the presence of death and not giving a fuck about strict dogmatic rules especially religious (and Catholic) leaders always made through the centuries.

We all have different tastes in music, but our latest album is a mixture of all the folky melodies we played through the years, combined with classic and modern metal elements like Iron Maiden, Ghost, Powerwolf. Lyrically, there are many epic battle-themed songs like Sabaton – especially ‘Malleus Maleficarum’ is a song about religious oppression and witch hunts in medieval times, kombiniere with folky bagpipes and hurdy-gurdies, an epic Sabaton-Style Chorus and Heavy old school riffing like Black Sabbath or Dio.

Our own style of music has grown throughout the years. In early times, we focussed on folky tunes and lots of partying and drinking in our lyrics as well as on and behind the stage. We then started playing bigger festivals and bigger crowds and wanted to grow musically, so we started to put our own taste of music into our style. It worked really good – and gave our guitar player Hans a lot more work to do!

We write fantasy or history-based lyrics and combine it with modern issues like conspiracy theories ‘Methämmer’, criticism of religion ‘Das Elfte Gebot’, extremism ‘Lords of Powermet’. We want our songs to have more than one metaphoric level – the lyrics work well as party and drinking songs on a festival, but you can also listen to it at home and understand the deeper meanings of it.